The Superstars of Country with Hayley Jensen and Jason Owen 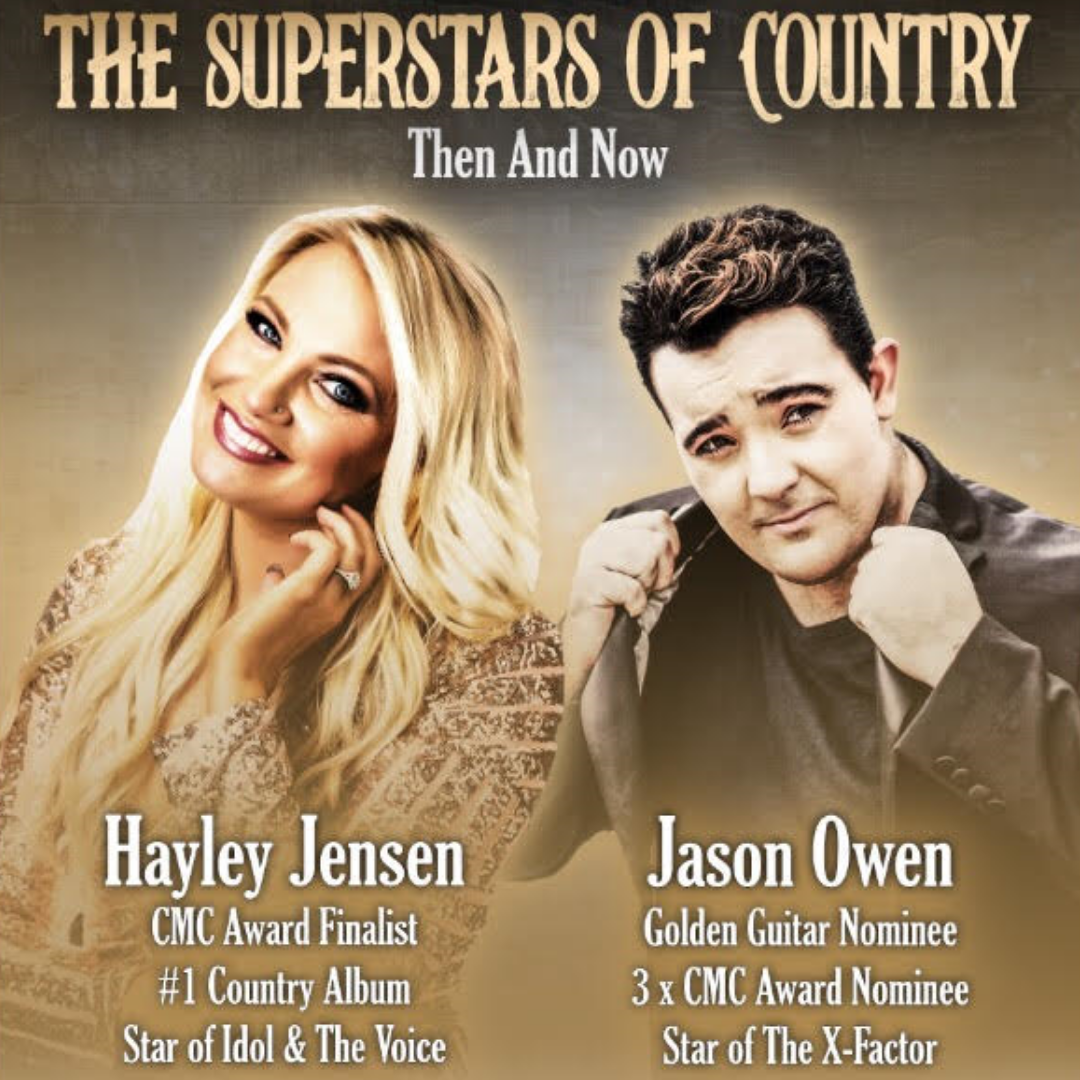 Hayley Jensen and Jason Owen are performing at the Royal Hotel Queanbeyan on 15 July – tickets on sale now. Image: RHQ.

Two of Australia’s most popular and loved singing stars, Hayley Jensen and Jason Owen, come together for the first time in a spectacular new 2 hour showcase, featuring songs from the biggest country music superstars of our time, both then and now, as well as performing hit songs for their own successful, multi-award winning careers.

Hayley Jensen has wowed millions of music lovers for over a decade. From when she first won hearts and became a household name in the 2nd season of Australian Idol, to her electrifying return to TV with a ‘chair-turning’ blind audition on The Voice in 2014. Bursting onto the Australian Music Scene in 2012 as runner up of X-Factor, Jason Owen launched his debut album ‘Life Is A Highway’ which debuted at #1 on the ARIA Country Albums Chart and #5 on the Australian National ARIA Chart.

Enjoy a drink in the Royal Hotel Queanbeyan Atrium & Terrace Courtyard before or after the show! Don’t forget to book your table for dinner in the award winning bistro downstairs, open 12 pm-9 pm.

Mike of Canberra45 minutes ago