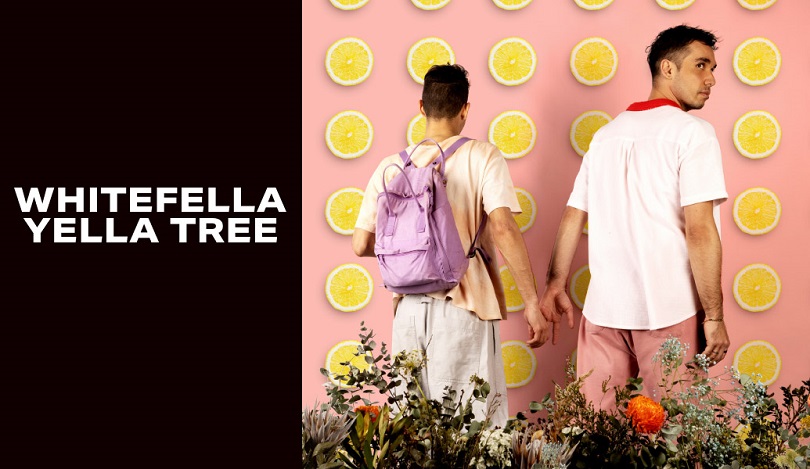 Once in a blue moon, in the middle of nowhere, two teenage boys meet under

a lemon tree. After a rough start, a fragile friendship fruits into a heady romance. Ty and Neddy fall madly in love, as teenagers are wont to do.

If history would just unfurl a little differently, the boys might have a beautiful future ahead of them. But without knowing it, Ty and Neddy are poised on the brink of a world that is about to change forever. It’s the early 19th century. Ty is River Mob. Neddy is Mountain Mob. And the earth they stand together on is about to be declared ‘Australia’.

In his young career, Dylan Van Den Berg has won the Griffin Award, the Rodney Seaborn Playwrights Award, and the Nick Enright Prize for Playwriting at the NSW Premier’s Literary Awards. In Whitefella Yella Tree he has penned a heart-warming and heartbreaking story about love, Country, and Blak queerness throughout history. Starring Helpmann Award-winner Guy Simon (First Love is the Revolution, Wakefield), and nurtured through the Griffin Studio program, Whitefella Yella Tree is a force of nature and a tender first kiss.