Eversham – We are all ghosts (Pt.2). Local music video

Rock instrumentals are in many ways like sharing a bed with someone you’re attracted to who doesn’t want to take their underwear off.

Having said that locals Eversham sent us this note for their song We are all ghosts (Pt.2) and it’s amazing video on YouTube:

Hey, how are you going?

We are a new Instrumental Post-Rock band from Canberra, called “Eversham”, consisting of two brothers and a cousin, and have just released an album called “In Dreams”. It has seven songs, and for each song we have made a video clip as well. Normally when bands release their debut album, they may release B-sides and songs that do not make the album months later. We however, have done the opposite. The free album “In Dreams” are the B-sides to our yet unreleased album. We are currently working very hard on finalizing our debut album which will be released in all formats at the end of the year.

We prefer to let our music do the talking, so you can check out the video clips and music at our YouTube site. The links for our single “We are all ghosts (Pt.2)” and the links to our free album “In Dreams” are on the video here.

Thanks for your time, hope you enjoy.

Put the earphones in for this one and hit fullscreen, it’s a ride. 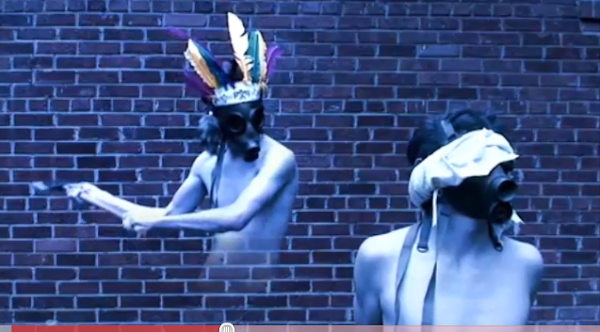 Tags eversham local music video We are all ghosts (Pt.2)

Daniel Bryan - 6 hours ago
This, Oaks, A+A, Grand Central, Ivy, and Trilogy definitely bringing more residents into the Woden valley isn't a bad thing.... View
Michael Jayfox - 7 hours ago
Mat Barber please explain how you think that new parking ramps will stop it from being an eyesore View
Tristan Wellens - 8 hours ago
Will only rent for about $500 a week per smaller unit 👌🏻 View
Food & Wine 4

Josh van Limbeek - 10 hours ago
What a great article! My Mum is a Red Hatter and she has so much fun too ❤❤ View
Jo Jo Joey - 11 hours ago
Barbara Bennett, I love how much enjoyment your ‘red hatters’ gives you’ 🎈💜❤️💜 View
Property 27

Elroy Jones - 10 hours ago
Peter Bee there are a lot of places it could go. Majura the most recent I’ve heard. View
Christopher Cuba Rabanal - 11 hours ago
Better lighting around the carpark View
Andy Sell - 11 hours ago
2 words mate, lite rail View
News 17

Mookie Moo - 11 hours ago
Assuming this means 80% by Oct within the adult population only? Because roughly 20% of the population would still be kids, w... View
News 1

Citizen Kay weaponises music to defend the soul with ‘Ego’

We’re bringing ENOLA GAY to town and this is why

@The_RiotACT @The_RiotACT
Canberra Airport boss Stephen Byron is one of many Canberrans recognised in the Australia Day Honours List https://t.co/nHHrGpMyXc (17 minutes ago)

@The_RiotACT @The_RiotACT
The 2021 Australian of the Year is Grace Tame. Grace is an outspoken advocate for survivors of sexual assault, particularly those abused in institutional settings https://t.co/Q6nMb1PGRL (10 hours ago)