Everything you need to know about Canberra’s Loaded Laneway party

There’s nothing quite like a laneway party. It’s a format that encompasses everything from international music festivals (see Laneway Festival) to the intimate, quirky and wholesome (like that time Bon Iver played his new album off a cassette deck in a Fitzroy alleyway).

Never one to miss out, Canberra is seeing in its own urban renewal resurgence, with Loaded Laneway set to take over Verity Lane in the Sydney Building over two massive April evenings (April 13 and 14). Here’s your rundown of everything Loaded and in a Laneway.

It’s all about timing 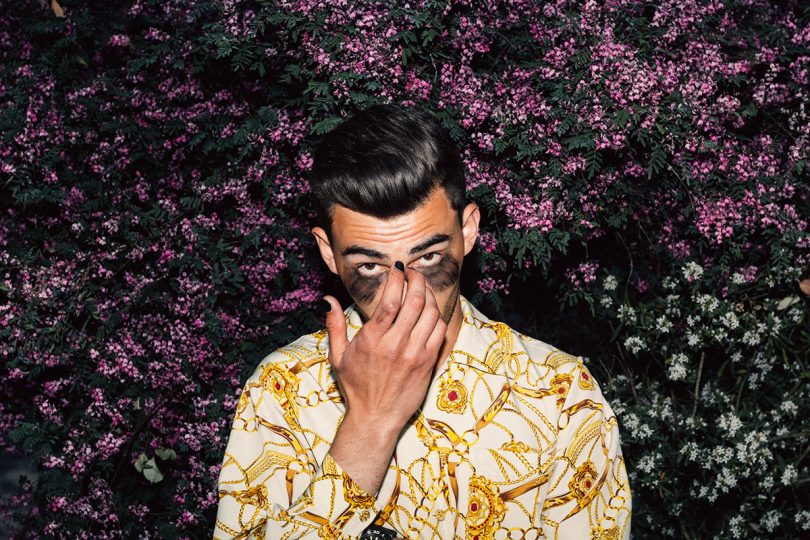 It seems Loaded Laneway has sprung up just as we needed it. What with the new and genuinely exciting City Renewal Authority paving the way for a host of renewal projects throughout 2018, and a mandate from the ACT Government to upgrade the currently utilitarian Verity Lane to something permanently trendy, Canberra seems poised for a renewal-focussed future, where urban spaces are afforded more attention and care.

Loaded Laneway isn’t the first to get down in the spaces behind the Melbourne and Sydney buildings – think 2017’s dance music conference Wind It Up, and You Are Here’s Everything At Once and All Together in 2016. But a spot-on lineup of locals and touring artists might make this party the biggest yet. 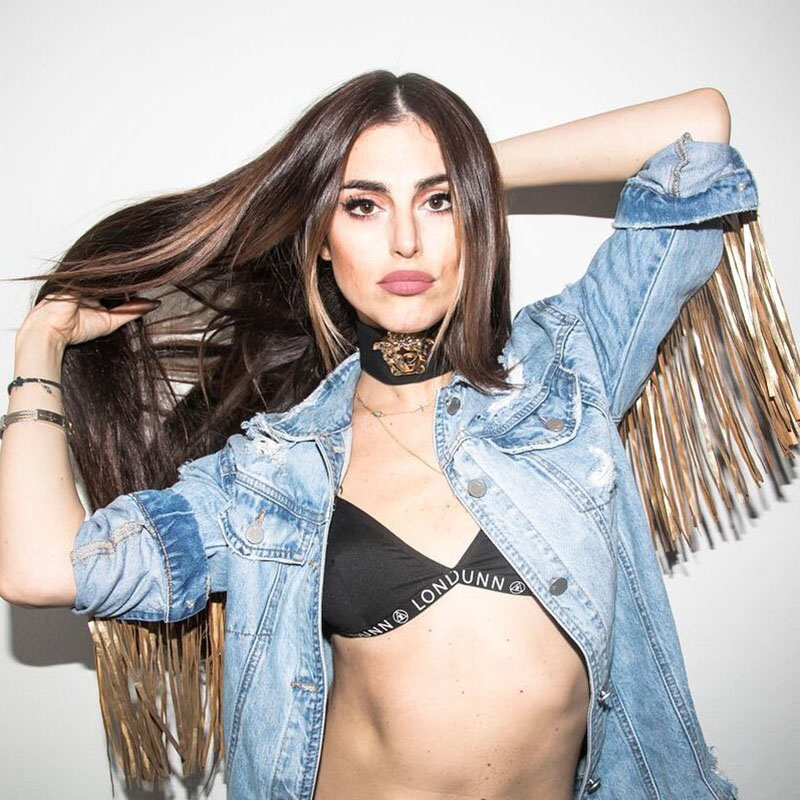 Each night of the Friday/Saturday double-header has a distinct feel, with Friday channeling hip-hop and soul, while Saturday focusing squarely on dance music. Sydney DJ Helena Ellis leads the Friday night lineup, which also sports local R&B heavyweight Kirkkland and Canberra’s own rap Avengers, The Ansah Brothers. Saturday sees Bondi house legends Yolanda Be Cool joining a shapeshifting lineup that includes local producer Ghostnoises, and singer-songwriter Tori Chard. Whatever your style, there’s something on offer across the two nights that will help you kick off the weekend right.

Loaded Laneway is taking a holistic approach to enlivening Verity Lane. Joining the sound-making contingent will be a taste of Canberra’s favourite food vendors, as well as a pair of bars to maintain vibes into the early hours of the morning. 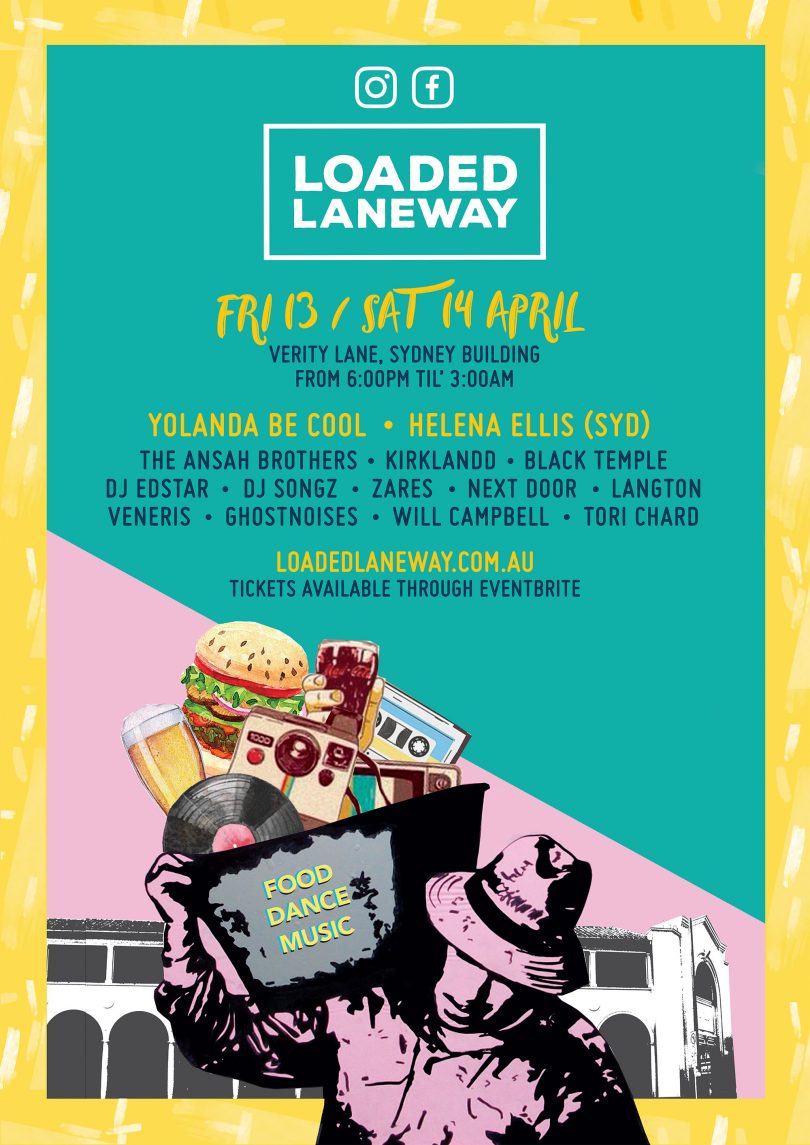 No matter your taste, there’s something for you on the Loaded Laneway lineup. Image: Supplied.

Taking over Verity Lane (behind Treehouse, Reload and Mooseheads), Loaded Laneway is a two-night party across Friday April 13 and Saturday April 14. Both nights kick off at 6 pm.

A range of ticket options are on offer, including exclusive VIP passes that’ll snag you a drink upon arrival, meet-and-greet opportunities with the performers, and priority access to Treehouse and Reload bars throughout the night. VIP tickets start from $70, but our advice would be to snatch up an Early Bird ticket for $15 (while they last). Keep in mind, you’ll need separate tickets for each night – they’re available now via Eventbrite.

What else do you think needs to be done to revitalise Canberra’s disused urban spaces?

Ryan Hunter - 2 hours ago
is this a news page or a lobby group? every 2nd article is about cyclists wanting more and more money spent on them. View
Jim Reid - 3 hours ago
Act Gov't is only interested in Geocon developments than anything to help sport nor cycling facilities.....a bit ironic for t... View
Carley Weiss-Kelly - 3 hours ago
Brian Weiss thoughts 💭 View
News 35

theroundone - 3 hours ago
Who's getting punished, though, asides from law abiding rates payers in this city? A racial or sexist epithet is treated more... View
Capital Retro - 17 hours ago
Violent home invasions targeting keys for owners' luxury cars are now out of control in Canberra. Very few details are subjec... View
Daniel Lesky - 18 hours ago
Jason Malcolm could be worse not like she needs to go to charnwood View
News 11

Meg Redmond - 4 hours ago
It’s a waking nightmare Linda Gee the only flight I was able to see tday was 24,000 economy one way View
Linda Gee - 6 hours ago
Jeez, that's not good. 😥 View
Meg Redmond - 6 hours ago
I’m not sure it is Linda Gee he is struggling to get one at 4000.00 showed available to me yesterday he tried to book it an... View
Food & Wine 1

Buck Johno - 12 hours ago
From what I remember of night rider busses it was only over summer. View
Property 29

@The_RiotACT @The_RiotACT
A trial has been launched to reduce conflict in Canberra hospitals, and make the healthcare experience less stressful for staff and patients https://t.co/PcXGCHUbcG (25 minutes ago)