Working together, enriching lives
25 May 2020

Firemen from Fire and Rescue NSW extinguish smouldering mulch after it has been thinned out by an Australian Army bulldozer at the Eden woodchip mill, NSW. Photo: SGT Max Bree.

If the Royal Commission into National Natural Disaster Arrangements (better known as the Bushfire Royal Commission) is going to provide any useful insights into this summer’s devastating bushfire season, climate change will have to be at the forefront of the agenda to make sure Australia is able to adapt and overcome the increased severity of future bushfire seasons, ex-ESA Commissioner Peter Dunn said.

Mr Dunn is one of 33 emergency leaders who banded together to create the Emergency Leaders for Climate Action (ELCA). Together they have made 33 recommendations to the royal commission, heavily criticising the Federal Government for its climate change policies and the delayed and inadequate support to local firefighting organisations.

“Climate change has impacted so heavily on Australia and we now need to make fundamental changes and cease the burning of fossil fuels as soon as possible and encourage everyone else in the world to do so,” Mr Dunn told Region Media.

“If we do not, these extreme events such as the massive drought followed by the horrendous black summer bushfires are going to be continuing, and the horrific losses we experienced this year are going will be repeated.”

Fast attack strategies, more research into aerial firefighting fleets and proactive disaster management plans have all been flagged in the ELCA’s submission to the national bushfire royal commission, which will begin public hearings today (25 May).

“As far as the techniques and tactics we need to use while the climate is being adjusted and while we adjust economies to reduce emissions, we need to have things like heavy airtankers doing retardant bombings to do retardant bombing and we need more of them,” Mr Dunn said.

“You need to have enough aircraft on catastrophic days to have them in the air, loaded up, ready to drop when you experience conditions such as we did in all states during the black summer – very intense fires coming up very quickly and moving very rapidly.

“We need to attack very quickly when a fire starts in the bush, but they will not solve the problem alone. We need to have highly trained remote area firefighting teams ready to do in after that retardant drop.”

While the ACT may seem like a small jurisdiction compared with its state neighbour, local expertise and the knowledge of regional firefighters are powerful assets during catastrophic fire seasons.

Moving too many around “diminishes their capability immediately”, Mr Dunn said, acknowledging the close ties between ESA and NSW RFS firefighters in the greater capital region. 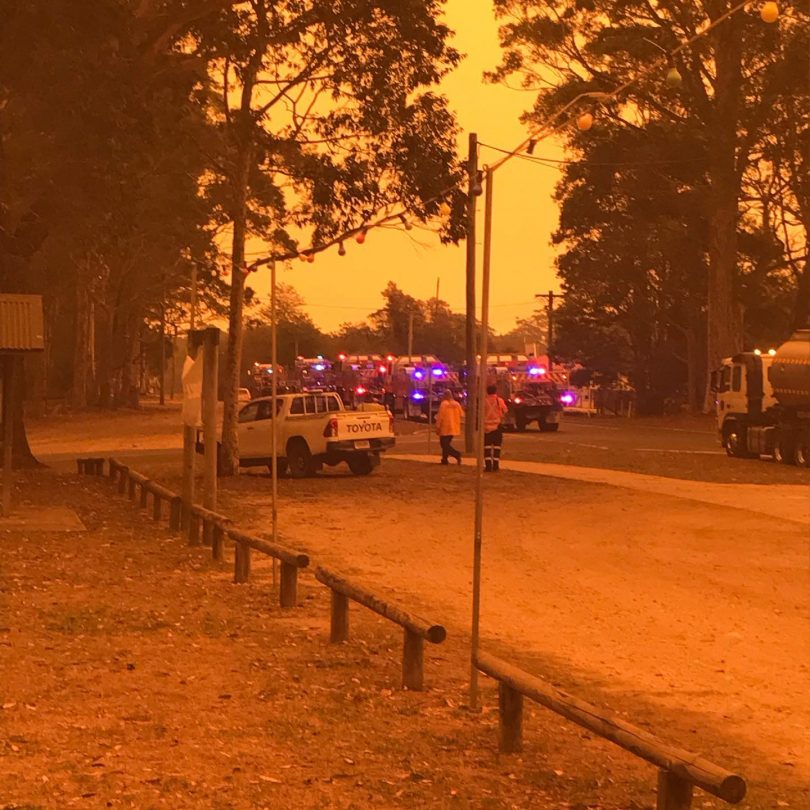 Bodalla and Moruya continue to be affected by fires from New Year’s Eve onwards. Photo: The Plot Bodalla Facebook.

“How do you keep local firefighting personnel in their local area because they have one piece of weaponry in their armoury that cannot be beaten, and that is their local knowledge – it is invaluable and it is the strength of our rural fire services,” he said.

“We need to play our part and we need to be closely linked to NSW. There is no room for complacency and the ACT needs to take its seat at the table and do so proudly with the resources and knowledge that it has got.

“You have a massive centre of learning in the ACT, a lot to come out of the ACT. We really need to make sure that the ACT is in a good position to offer its expertise.”

The royal commission will also look at the constitutional framework for declaring a national state of emergency after Prime Minister Scott Morrison said the Commonwealth was limited in what it could do without the states asking for help.

The first block of hearings will start today and go until Friday, 5 June. Witnesses from the Bureau of Meteorology, Geoscience Australia and the CSIRO will give evidence in the morning, followed by the Actuaries Institute of Australia, Insurance Australia Group, Risk Frontiers and Direct Experience after lunch.

There have been more than 240 Australian inquires into natural disasters, with over 130 of these occurring in the last decade, according to royal commission documents.

The issue faced by “Ex” anything is they often struggle to come to terms that they are no longer relevant.
In a vain attempt to retain some form of influence, they become activists for pet topics.
Rudd with his Epstein funded think tank, Howard with his no idea gun laws, Evans with his conspiracy theories, ex actors, sports people, the list goes on.
No difference here.

There is no evidence that climate change played any part in the recent bushfires. 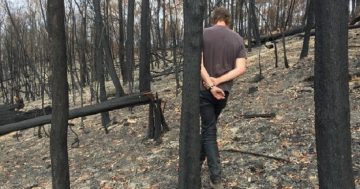