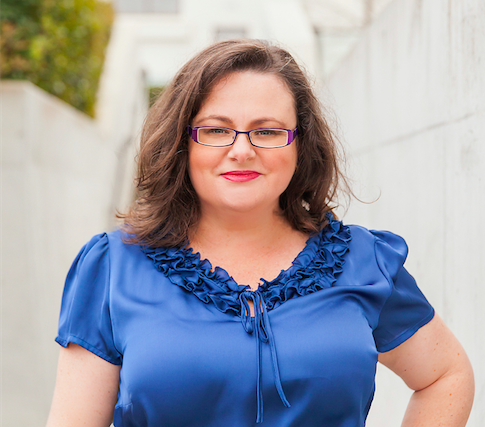 In this exclusive excerpt from Life without lanyards, former public servant Lynda Leigh shares her journey from unfair dismissal to a thriving career as a speaker and trainer.

It was the shock of my life, being told to come into an interview room outside the security environment of the building. I was walked down and there were four of them at the table. There was the head of security, the manager of HR and two psychologists. ‘You sit there’, they told me. ‘You’ve lost your security clearance. Here is the documentation — we need your pass.’

They said that my behaviour was a security risk, and gave me a paper that listed why. It was over the top, I mean seriously over the top, scraping as much dirt from my shoes as they could. I looked at it and thought, ‘I don’t know where they got that from. I’m not that person on that piece of paper, because she just sounds nasty’. They said I’d done everything from promiscuity down. I just laugh at that one. How many people actually have sex on their desks?

What’s really confusing is that only the week before my manager and I sat down for the annual performance review, and he raved about me. He said my work ethic was terrific, I was a fantastic team member and he wished he had more like me. He said I wasn’t one of those silly bitchy registry girls. Then the week after that I was walked out the door. I was so confused, and heartbroken. I had thought the most constant thing in my life was my job and now it was gone. Bam.

I’d been the first disabled person they’d ever recruited. I was actually in their annual report that year and they la-la-la’d about it. They finally got their 1%. However, I wasn’t allowed to bring in any assistance devices, just my hearing aids, because they said the security risk was too high. I could be transmitting conversations; a walking listening device. So I managed and I did the best I could.

You could say it’s discrimination, but really it’s day-to-day bullying. Managers come up from behind and talk to you, instead of facing you so you can lip-read. You get told that a decision’s been made at a meeting, then they say, ‘Oh, you probably didn’t hear that’. But there were no minutes taken, so you couldn’t check anything either. You miss meetings altogether, because they changed the location by calling out across the office. This is bullying: it’s the feeling that you’ve been excluded.

So they gave me two months’ worth of pay, and with my long service leave, I had enough to last me half a year. They also told me I should apply for a disability pension.

Silly me, thinking I could find a job right away, because emotionally I was a wreck. I was going to counselling twice a week, which they paid for. They were quite concerned about suicide, because there were quite a few people who were marched out of the door in the same way previously, and one of them had committed suicide. I think they didn’t want to lose access to us.

Unfortunately, I accepted the first thing that came along, and ended up working as a personal assistant to a diva. She was a model, so she was tall, and her non-ergonomic furniture was actually killing my arms. I’d raise up the chairs and they’d slowly drop down. She had rules. I had to have her coffee made before nine, and wasn’t allowed to take breaks. One day I worked from eight to eight with no break. I was so p’d off, I left. Never again. I went from being sacked to leaving someone who wasn’t treating me well.

I had career counselling, and the lady said, ‘It’s time you think about being self-employed’. Maybe I had grown up, or maybe I had gotten stronger after all of those years of bullying, but I just thought, ‘I’m not going to take this crap anymore’.

I started out pursuing work as a record-keeper, because that’s my background. Then I met with Dean from Canberra BusinessPoint, to talk about my ideas. He said, ‘I think you’ve got a different skill set. I think you should be a speaker’.

I’m amazed by how easy some things have been. Honestly, I am finding customers without even trying. That still amazes me. I get to pick and choose the work I want to do. I was at a networking event last night, and I had people coming up to me and hugging me, thanking me for helping them. I didn’t know who they were, but they knew who I was.

I realised that I don’t work ‘normally’. I am not meant for a normal office with normal people, so really the only option is to work for myself. I’d already lost my job. I had nothing to lose. I think about what happened as a brick wall. It’s behind me, not in front of me. I can’t climb up it. I can’t knock it down. I can’t get around it, but I can launch off it. I can put my back against it and push.

I feel sorry for those people who just exist. Who wake up in the morning, go to work, come home, have dinner, watch TV, go to bed, wake up, and go to work again. And you’ve got to do how many years of that? Pass, thanks. Pass.

Anyone can get a job, but not many people can get a dream. So if there’s something that you have always wanted to try, go for it. You can always go back. But if you don’t try it, you’ll never know.

Hear more stories from public servants who’ve started their own business and thrived — pick up a copy of Life without lanyards – from public servant to entrepreneur. Available online via www.lifewithoutlanyards.com, or in print from Harry Hartog in Woden, and the National Library of Australia bookshop.

I wouldn’t suggest googling her from your work computer… you could lose your security clearance too!

Isn’t there an example stated in para 2?

I don’t understand the issue about the boss wanting coffee by 9.00 am, if making or getting coffee is one of the duties!

What did you do to lose your security clearance?

Yes, what happened there??

What did you do to lose your security clearance?

John Hutchison - 4 hours ago
Not correct. Labor are saying Zero net emissions. This means that emissions are possible, but only if offset by some form of... View
Paul Mathews - 6 hours ago
firts improve the stoopid pick-up parking...10 mins....out in the cold...jeez View
Eliza Doering - 12 hours ago
Free flights between London and Canberra 😭 Rae Coomber-Williams View
Sport 5

UPDATED 4:00 pm A lockdown at Canberra Grammar School has been lifted after a threatening email was sent to the school...
News 65

The 1.7 kilometre extension of light rail from Alinga Street to Commonwealth Park via London Circuit will be wire-free, in...
News 65