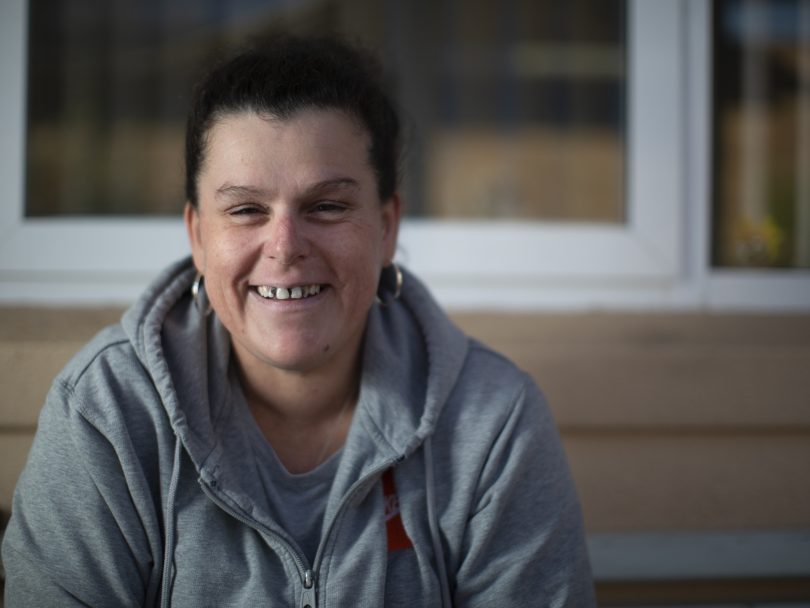 One of the six Canberrans in the upcoming On Thin Ice exhibition at the Tuggeranong Arts Centre. Photos: Hilary Wardhaugh.

“The dark tunnel that I was in for so long; I’m starting to see the light at the end of it,” says Nicole, a participant in an arts-documentary project about the social stigma attached to addiction to crystal methamphetamine, also known as ‘ice’.

“I’m making the choice to make a change and I’ve never done that before,” says Mitchell, another of the participants.

Working closely with participants, the project tells the stories of six Canberrans whose experiences with ice addiction and recovery have been captured in the exhibition.

The project uses a number of different images, text, sound and installation. 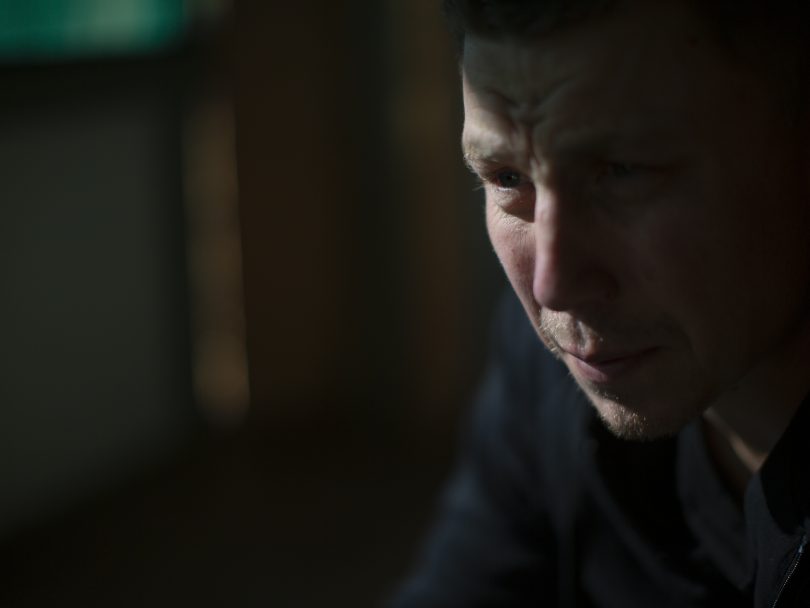 The exhibition goes beyond headlines and stereotypes of ice addiction.

Ms Gorman said empowering individuals to tell their own stories of pain, trauma, loss and isolation, but also stories of hope and of healing was a highly emotive experience.

“I cried in every one of these interviews and I hope that when you read these stories and see these images and artworks, you will be moved, too,” Mr Gorman said.

“We aren’t trying to avoid the personal and community destruction caused by this highly addictive drug. But we are asking the public to please stop stigmatising users and see them as people first before anything else. Listen to their stories. Engage with the faces and hearts of people who use ice. They are people just like you and me.”

The project is also seeking community support to fund the design and printing of a high-quality catalogue to accompany the exhibition and to preserve the participants’ stories in full. Donations can be made here.

Tuggeranong Arts Centre CEO Rauny Worm said the catalogue will also be an important resource to support the development of a regional tour of the exhibition in 2020-2021.

“People with addictions are part of our community. The stigma and isolation too often placed on them only makes the arduous journey to recovery more difficult,” said Ms Worm.

“By sharing these stories, we hope to use the arts to encourage empathy in the broader community and to promote recovery as a supported, collective effort.”

Ms Gorman said a key part of the effort behind the exhibition has been the support of Amanda and Daniel Ross from the Salvation Army Recovery Centre in Fyshwick.

“They have embraced us with open arms and are the reason the project is so powerful,” she said. 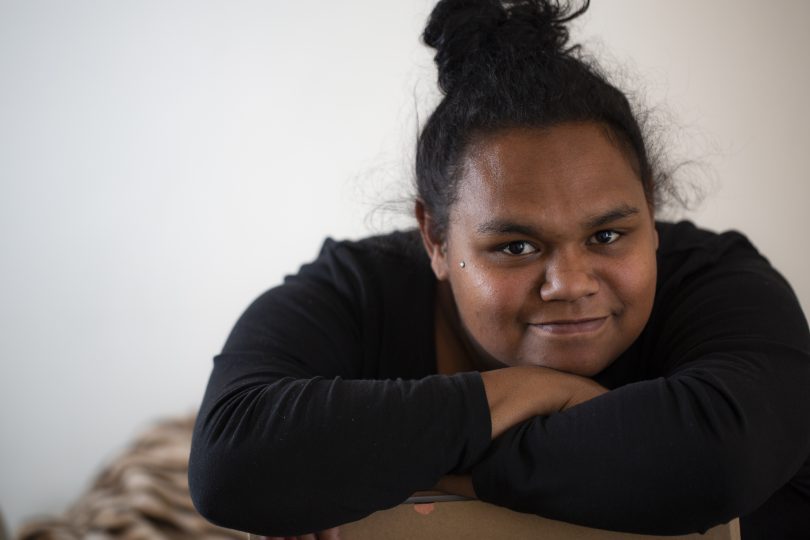 On Thin Ice engages with the faces and hearts of people who use ice.

Ms Gorman said that compared to other drugs, relatively few Australians use ice, but we can’t ignore the impact it is having, particularly in rural communities.

“What we do know is that the use of ice in rural communities is much higher than in other areas of the country. Some evidence also suggests that among the people who are using, the harms are increasing.

“As Paul, one of the participants in the project said to me, ‘You don’t wake up one day and decide to become a drug addict’.

“The brave people in our project have backstories of childhood and intergenerational trauma. Life has thrown terrible things in their path, like domestic violence, medical trauma and poverty. And drugs have become a way to cope.

“Addiction is a disease and these folk are fighting with all their hearts to get better. These are human stories of hope and courage.”

The exhibition will open at Tuggeranong Arts Centre on 7 November and runs until 30 November.
Share this article

It does, but we can all help to make sure they can regain a meaningful life.

Any addiction should be treated as a serious illness. I know that after a serious injury patients can be put into an induced coma. This is one way that could be used to treat ICE addicted patients. The withdrawal which is obviously the worst of the recovery process, could be experienced in a controlled situation and when the patient is woken up they are past the worst. They can then be supported to a full recovery because they remain in a controlled environment that knows the triggers and deals with them. We need to extend medical facilities so this type of recovery can be achieved for all addicts. Prison is not the solution.

Carole Ford there is no physical withdrawal from ice or other amphetamines unlike opiates. The difference between mental and physical addiction is
Mental = want
Physical = need.
You’ve got to stop wanting it. It took me 20yrs to stop. 5 yrs 100% clean.

Wouldn’t extended time unconscious help to stop those needs. If you’re not able to move, you can’t get a dose of what you want. If you can’t feed the addiction then does that ‘need want’ cycle loosen its grip?

For me I don’t respect the initial choice to vern try the stuff!😟

Sammy Jo Thanks for the extra information. 👍