FAME – The Musical will have audiences dancing in the aisles 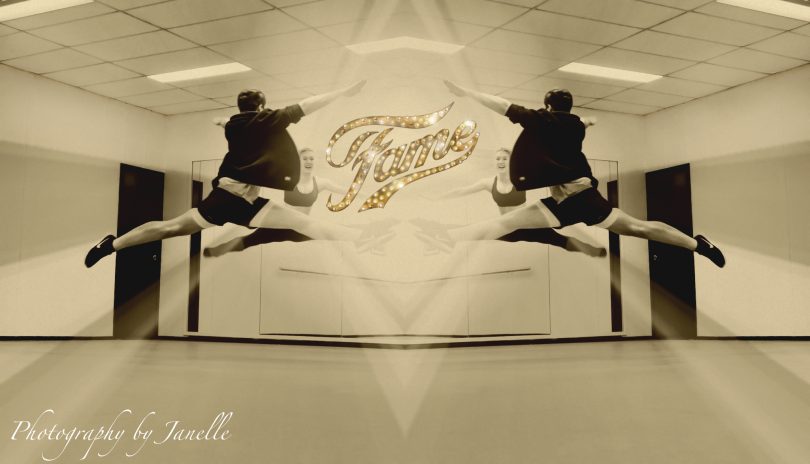 It’s the song that makes you want to live forever and now a group of talented Canberrans will make you belt out the tune while dancing in the aisles of The Q this weekend.

Based on the beloved TV show and motion picture FAME – The Musical tells the story of the illustrious High School of Performing Arts in New York where students go to learn the craft of acting, music and dance.

The forefather of shows such as High School Musical, Glee and the upcoming Rise, FAME has proven that it’s characters and songs really will ‘live forever’. Local company, Supa productions has brought together a cast featuring a mix of Canberra’s up and coming and best-loved performers, with a finale that is rumoured to blow your mind. It all kicks off this Friday at The Q; Queanbeyan Performing Arts Centre, with performances from the 11th to 26th of May 2018.

Nick Valois, President of Supa Productions said “Director Jarrad West has chosen to set the show in the 80’s which is when the show was originally written and released. Costume designer Suzan Cooper has had a ball dressing the cast in all of the wonderful elements that made 80’s fashion so memorable.” 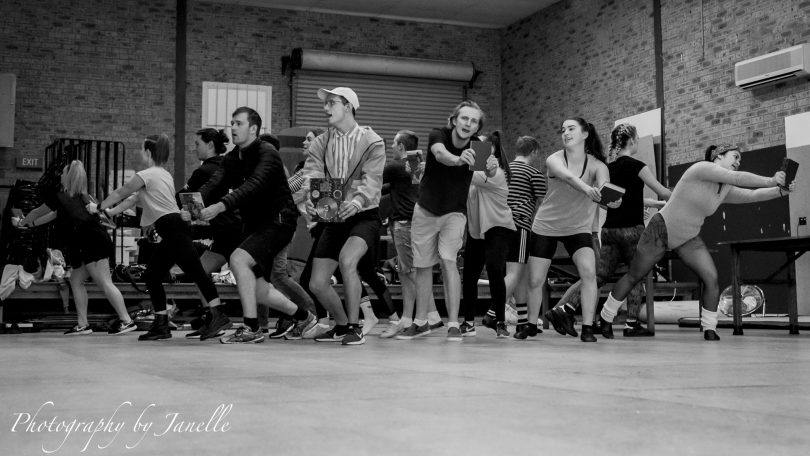 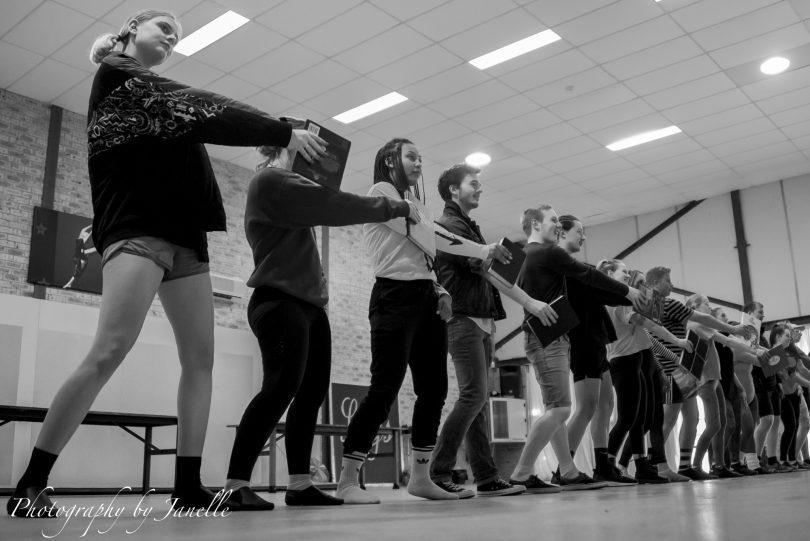 “We [Supa’s Committee] decided early in 2017 that we wanted to do a show that would attract a younger cast as recently the shows we had put on didn’t offer younger performers in Canberra as much opportunity in the way of large roles. FAME being set in a high school offers a lot of great roles for younger performers to hone their craft and showcase what they are able to do,” Nick revealed.

Jarrad West, FAME Director, said “It’s been delightful to watch Canberra’s younger talent coming up through the ranks as it were – the production team have expected a lot of the cast and they have risen to the challenge – for some of them it’s their first leading role and the musical theatre scene in Canberra can look forward to many more stellar performances in the future.”

As for his favourite scene, Jarrad shared “There are a few but I think there are a couple of songs in the second act particularly that we hope will have the audience literally up and dancing in the aisles – after all, the title song ‘FAME’ is one of – if not the ultimate – classic 80’s party track. 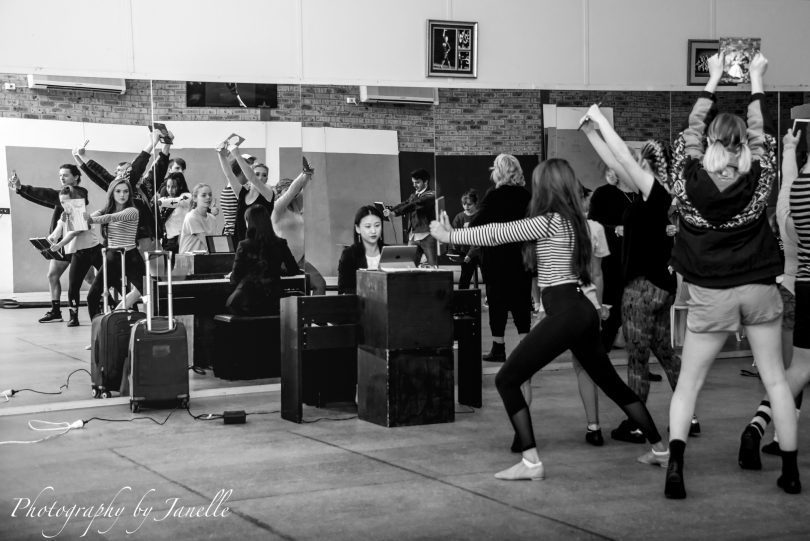 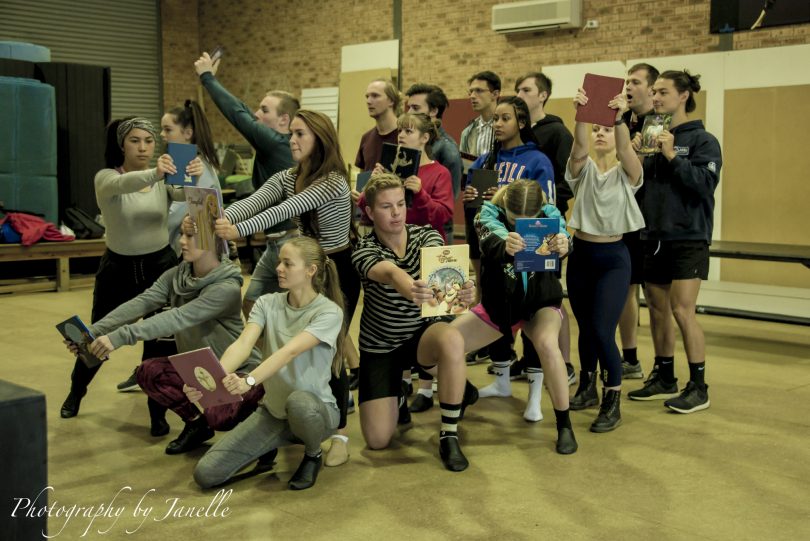 Long established in the Canberra theatre scene, “Supa Productions was founded in 2000 continuing on from Sue and Paul Belsham’s theatre company by the same name that had started in 1996. From 2000, Supa became registered as a community organisation and has been run by the hard-working volunteer committee ever since,” Nick said.

“Supa has been putting on 1-2 shows a year from its conception in 1996. Some of the larger shows we have done in recent years that many will remember are War of the Worlds, Titanic, Avenue Q, Funny Girl, Buddy, The Full Monty and The Wedding Singer,” he continued. It sounds like FAME -The Musical will be added to the list of memorable shows!

FAME – The Musical will be on at The Q – Queanbeyan Performing arts Centre from 11 – 26 May. Tickets can be purchased online.

*AUDIENCE ADVICE: suitable for 16+ years due to references to sex and drugs

Capital Retro - 37 minutes ago
"The cost of retrofitting was estimated to be about 17 per cent of the estimated capital cost." Gee, I didn't think rubber ba... View
News 243

Yinan Zhang - 50 minutes ago
Thank you for referring to the appropriate information source Rosie, I like the way you have approached this delimma. Yes and... View
News 26

chewy14 - 57 minutes ago
JC, No spin here, just facts. Whatwik claims that others have had to backtrack on their plans. Except none of the other state... View
Lifestyle 35

Ali McNally - 1 hour ago
Nadine Pickersgill next year! View
Lyn Scougall - 10 hours ago
Margo Bellis it’s just the most beautiful garden. I think you told us about it and we went there 👍 View
Opinion 50

Halimah’s Voice journey comes to an end, but she’s proven there’s a new Kyrgios on the block