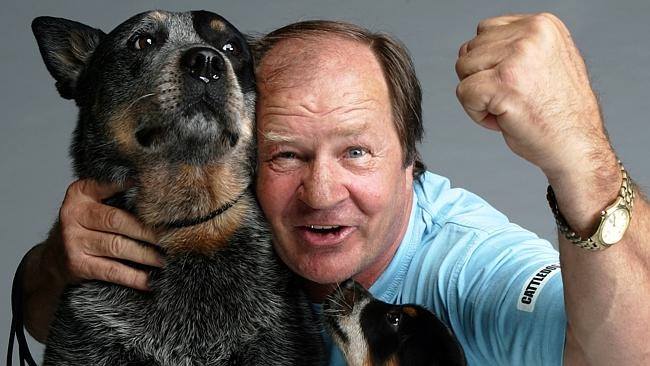 Tommy Raudonikis played 202 matches for Wests and 37 for Newtown, 24 for NSW and 20 tests for Australia. Photo: tommyraudonikis.com.

The rugby league family is mourning the death of Tommy Raudonikis.

It was announced this morning that the legendary hard man of rugby league had lost his long battle with throat cancer at age 70.

In many respects, it is hard to encapsulate a life filled with so many stories that have been enshrined in folklore.

What was beyond dispute was his toughness. At 170 centimetres tall, he was never the biggest player on the field, but he had an outsized aura and was afraid of no one, no matter their size.

Raudonikis was grounded and shaped by a rural NSW childhood.

Born in a Bathurst migrant camp, the son of a Lithuanian father and a Swiss mother, Tommy came to Cowra as an infant. He began his football career playing scrum-half in the Central West town where a football oval today bears his name.

After leaving school, Tommy began work as a farmhand (for Region Media content director Kim Treasure’s family). He played briefly in the dying days of the legendary Maher Cup competition across southern inland NSW, which boasted no less than 40 players on the Kangaroos’ register over the duration of the competition.

In those days, rural NSW was a nursery for rugby league greats, including Tommy’s future Western Suburbs teammate Les Boyd and many others.

Tommy played for the Wagga Kangaroos while he served in the RAAF as an engineering apprentice, fronting up against Arthur Summons, who then guided him to Wests in Sydney in 1969.

Two years later, Tommy was playing for NSW and Australia.

They were hard days for hard men and Tommy was the dominant halfback of his time, making up what he lacked in size with courage and cunning on the field.

As Blues coach, he originated the legendary “cattledog” call from the sidelines, an instruction for players to begin a fight on-field to swing the momentum of the match.

In February 2008, he was named one of Australia’s 100 greatest rugby league players. In the same year the Western Suburbs Magpies celebrated their centenary by inducting six inaugural members, including Tommy, into the club’s Hall of Fame.

There were times when Raudonikis appeared indestructible, with his life on the football field replicated elsewhere. He was generous and amusing, and his distinctive gravelly voice, made raspy by decades of smoking, was recognisable anywhere. 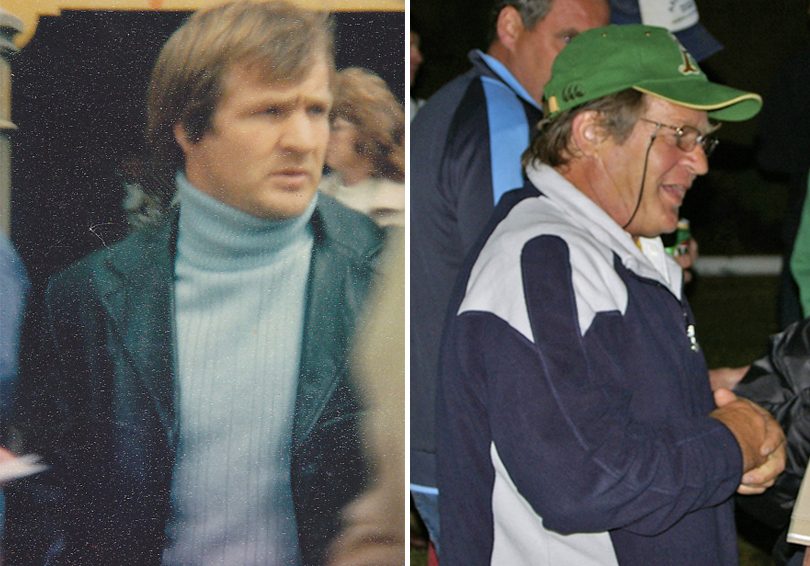 Raudonikis remained a beloved figure well after he hung up his boots. Images: WikiMedia.

He spent plenty of time on the speaking circuit after coaching, regaling audiences with tales of his football career.

I well remember hosting him a number of times at functions in Canberra where the battles with Queensland on and off the field sprang to life, like the time he threw an opposition player’s bag out the window while they were in camp.

“Anything to unsettle the opposition even if they were in your own team,” he’d say, along with his oft-repeated motto to “never give a mug an even chance”.

There was another time when he was picked up by his function hosts in Canberra only to be told that he didn’t need to wear a tie.

Tommy thought it was the greatest thing he had been told in a long time, and that night he appeared on stage in his well-worn NSW State of Origin bomber jacket.

“Tommy was one of a kind. There will never be another Tommy Raudonikis,” he said.

And it’s true. Tommy loved people and they loved him back.

My memories of Tommy was as a 11yo kid, he met our footy team at he airport when he came to watch a 1972 grand final. From that day I became a Wests Magpies supporter. He was a great man. Vale Tommy Terrific.

Tom Terrific epitomized the toughness of rugby league players of his time. He has left some great memories.

Nathan Boag - 48 minutes ago
Remember Parking... lol View
Gabriel Spacca - 55 minutes ago
They’re sitting on prime real estate. Only a matter of time before they’re sold off and replaced by 200 story units.... View
Kerry Jackson - 1 hour ago
Need to take better care of them then View
Lifestyle 5

bj_ACT - 4 hours ago
Why is Morris always calling on the ACT Government to pour funds into areas where he is making millions and millions of dolla... View
News 71

Jaana Surakka - 15 hours ago
Lea Powell while throwing around your ‘broad statements’ argument. Please refer back to your comments. I see a ‘horrid... View
Opinion 16

Ian - 16 hours ago
This opens an interesting idea for industrial action. Everyone turn up at the same time on the same time, and overfill the av... View
Adam Jovanovic - 17 hours ago
Depends on the person. If works pretty much your only social life then yes it will be hard and your going to have to make an... View
Helen Prior - 18 hours ago
Not only has the human factor gone from work place, it is disappearing from from all over Canberra. View
News 23

Adam Jovanovic - 17 hours ago
Radios dying breed just like when video stores where on the decline. All you have to do these days is hook your phone to the... View
News 11

@The_RiotACT @The_RiotACT
Surrounded by peaceful farmland, Old Binda Road Recording Studio near Crookwell is the perfect location for artists to escape the city & get into a creative mindset https://t.co/ci4rU7kFuC (2 hours ago)

@The_RiotACT @The_RiotACT
From tough beginnings in life, PhD scholar at ANU, Lisa Conway, is using her lived experience as part of her research into cultural awareness in the Australian Public Service https://t.co/akDfNvCKPY (3 hours ago)