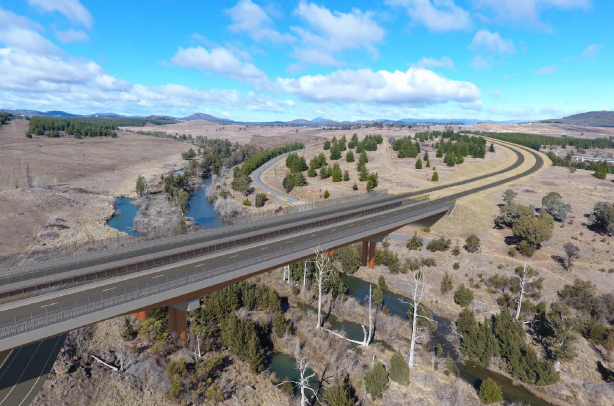 ACT Labor will consider bringing forward the Molonglo River Bridge project after the Commonwealth committed $88 million to its construction as part of its ACT infrastructure package in the Federal Budget, but the Canberra Liberals say they will build it within four years.

Funding for the planned Molonglo River Bridge to connect the Molonglo Valley to Belconnen is the centrepiece of the Federal Government’s $155 million ACT infrastructure package, announced ahead of tonight’s Budget which will be handed down by Treasurer Josh Frydenberg.

The Weston Creek Community Council, which has been calling on the ACT Government to fast-track the project, welcomed the $88 million allocation, saying both Molonglo and the wider Canberra community would benefit from the crossing.

Chair Tom Anderson said it would bind Molonglo together and prevent the new residents of Whitlam feeling isolated.

”It will provide a link for western Canberra with Belconnen, Ginninderra, Molonglo, Weston Creek/Woden and even western Gungahlin and Tuggeranong,” he said.

Mr Anderson said it would also provide an alternative north-south route when the Tuggeranong Parkway closes down due to accidents and help bring forward the construction of the Molonglo Commercial Centre.

The Commonwealth has also committed $50 million to roadworks in the south-west of Canberra, including upgrades to the Tuggeranong Parkway, and a further $15.5 million for the Monaro Highway upgrade and $2.5 million for design and planning work on Parkes Way.

It said the latest funding injection builds on a series of territory-wide infrastructure investments in response to the COVID-19 pandemic which now total more than $180 million.

The next ACT Government will need to match the funding, and ACT Labor welcomed the Commonwealth making a significant investment into infrastructure in the ACT.

A spokesperson said the bridge was part of Labor’s plan for Molonglo, and the matched funding agreement would support the project but it was not yet clear if it was possible to fast-track the project given the significant amount of design work and complex approvals required before construction can start.

“Early design works have been completed for the project and funding provided by the ACT Labor Government to progress with the necessary pre-Development Application approvals. The next stage of this project is detail design,” the spokesperson said.

”We await further details on the other projects announced by the Commonwealth but, in principle, we welcome investment in Canberra that creates jobs.”

The Canberra Liberals leader Alistair Coe pledged that a Liberal government would fund the balance of the projects to get them underway.

“If we’re elected in less than two weeks, we will get these projects underway as a top priority,” he said.

”We want to get things done to kickstart our economy and ensure everyone has the road infrastructure required to slash commutes.”

“The Molonglo River Bridge has been long promised by Labor and has been put in the too-hard basket. The joint commitment between the Commonwealth and the Canberra Liberals would mean the bridge is constructed within the next four years,” Mr Hanson said.

Prime Minister Scott Morrison said the Federal Budget would deliver funding for infrastructure which supports the Government’s JobMaker plan and help the ACT recover from COVID-19.

“We have been working closely with state and territory governments to invest in the infrastructure that is ready to go and can help rebuild our economy and create more jobs,” Mr Morrison said.

“These projects will keep commuters safe on the road, get people home to their loved ones sooner and provide better transport links for urban and regional communities.”

Mr Morrison said the investment would support an estimated 400 direct and indirect jobs across the Territory.

Try living on Northbourne Ave- the roadworks have been going on for several years!

Big deal, a bunch of out of City contractors will bring in their own workforce and won’t be training a single young Canberran

Great news. Good to see necessary infrastructure is being supported unlike the unnecessary Light rail extension to Woden. Maybe Federal funding would be available for a busway to Woden which is more likely to stack up financially

I hope it is a better job than the GDE bridges built by Hargreaves.

Bill Gemmell I live in Bruce. My life was disrupted for 6 years as Hargreaves built the bridges over Belconnen Way. I don’t care if it was last millennium, I will never forget.

David Brown I lived in Lyneham and well remember Corbell promising the GDE would fix the traffic. I still remember when I have no choice but to use that wretched road.

Bill Gemmell We both know the value of a political promise, no matter which party or even which country. 😉

We haven’t forgotten the GDE being built as a single lane each way…..

Deborah Gale Exactly. That was a brain dead decision. It cost us years and millions of dollars. 😡

David Brown that should never have been built

Is Labor trying to commit political hari kari in Murrumbidgee? First the dogged pursuit of 56 additional car parking spaces at Coolo, then the only sitting Minister not attending the candidates’ forum, the inability to quell the hooning and now not embracing this major funding injection towards a project they have been quietly kicking down the road! 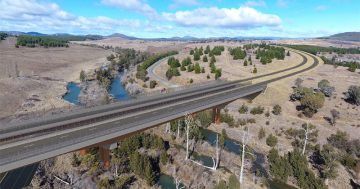