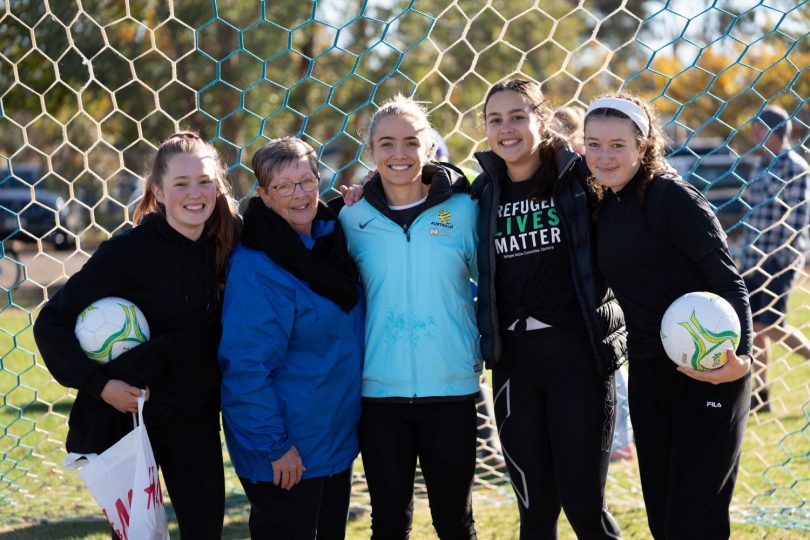 Women and girls now represent 27 per cent of outdoor players in the ACT. Photo: Capital Football.

The number of women and girls playing football in the nation’s capital has risen to record numbers, and football participation in Australia climbed to more than 1.94 million in 2019.

In the 2019 National Football Census released on Wednesday (11 March) by Football Federation Australia, the number of females playing the most popular club-based participation sport in the ACT rose by 13 per cent, well above the national increase of 9.2 per cent.

Total football participation numbers in the ACT and surrounding region rose to 39,769 in 2019.

The census also highlighted significant increases in registered coaches (up 36 per cent) and referees (up 27 per cent).

“The data from the 2019 census shows that women and girls continue to join our sport in large numbers, with females now representing 27 per cent of outdoor players in the ACT,” Mr Brown said.

“We continue to find new and innovative ways to encourage everybody to play football, shown by our 8 per cent growth in social football.

“In 2019, we saw our local Walking Football competitions go from strength to strength as more than 130 adults aged over 45-years-old joined our summer competition.

“I’m particularly pleased with the large increases in the numbers of both registered coaches and referees and I would like to thank everyone involved for their commitment to our sport.”

FFA Head of Football Development Sarah Walsh said that the increase in female participation came as no surprise given the work being done by the national and state governing bodies.

“I’m delighted that more women and girls than ever are now playing football,” Ms Walsh said.

“FFA is committed to increasing diversity and inclusion in football, and we have seen a number of female football initiatives in the past year that have proved very popular.

“There is still a long way to go for female football in this country and a lot of growth to be experienced in the coming years.

“We are aiming for 50:50 gender parity by 2027, and hosting the FIFA Women’s World Cup in 2023 in Australia and New Zealand would fast track our push to reach this target.”

Female football was the focus of activities across Australia this week with the rebel Female Football Week starting on International Women’s Day (8 March).

The nationwide initiative celebrates the immense growth of women’s football at all levels of the game and acknowledges and promotes the important role women play in developing football.

The annual rebel Female Football Awards will also be held this Friday morning to recognise outstanding achievements by female players, officials, volunteers and administrators within football.

The 2019 National Participation Report can be found at Capital Football. 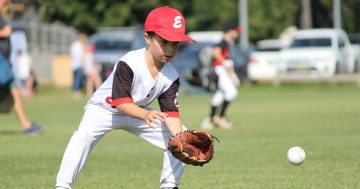