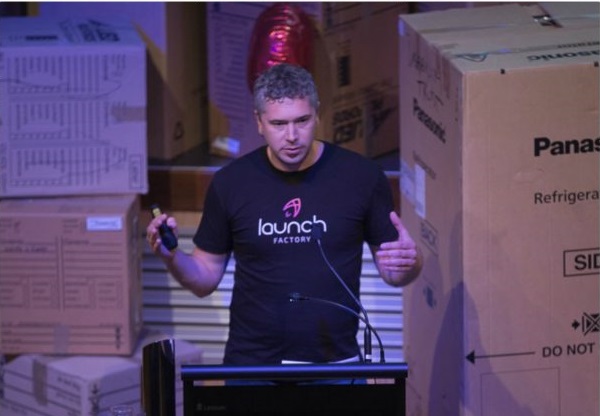 Zachary Sequoia is an innovator and serial entrepreneur who has worked in the digital technology industry since the mid-1990’s starting in San Francisco.

For the last 20 years, he has worked for some of the world’s best known digital brands on three different continents.

At the Festival of Open Minds, he urged his audience of around 300 people to embrace innovation and accept it as part of our shared futures.

“We need to become engaged in helping the transition of skills and make sure the young people of today and anyone that wants to change has the skills that they need,” Zak says.

Zak is part of the drive and vision behind the recently announced Bega Valley Innovation Hub at the University of Wollongong, a first of its kind start-up engine room in a regional setting like Bega. 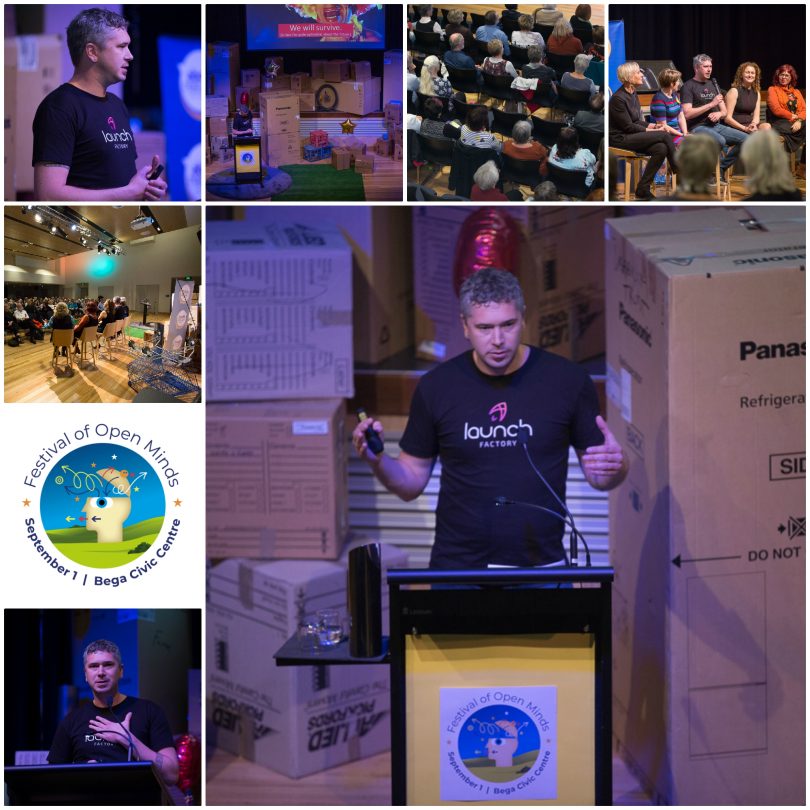 His time at the Festival followed a demonstration by the Robo Rebels from Narooma High School. Teachers and students came to show off their creations, which included their winning robot soccer team.

Inspired by the spark of youth before him, Zak lept to the podium positive about our future.

Click play on the AudioBoom player to join the conversation…

Thanks to Gerry Corcoran and the Bega Valley Commemorative Civic Centre for their audio, visual, and tech support at the Festival.

@the_riotact @The_RiotACT
There's more to hosting global #sporting events than stumping up cash to the organising body - you also need #venues which, as Tim Gavel notes, is also a problem for the ACT https://t.co/1ivTV1rHfA (44 minutes ago)