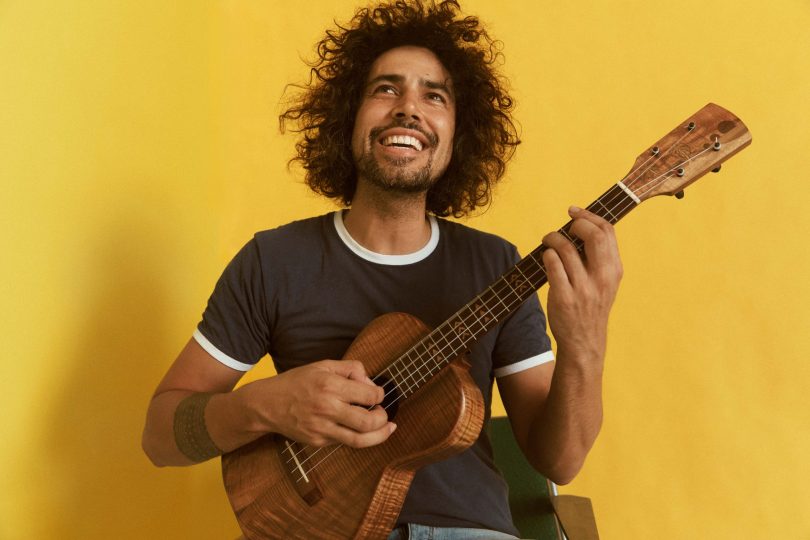 Bobby Alu, from Byron Bay, will reemerge from COVID-19 restrictions at the Festival of Small Halls Autumn Tour. Photo: Supplied.

A small, regional music festival that’s due to tour NSW this April and May is proving to be a lifeline for the organisers of Woodford Folk Festival.

Woodfordia Inc has been surviving on COVID-19 arts recovery grants from the government to run small events such as the Festival of Small Halls since cancelling its main event and one of Australia’s most popular music festivals in 2020.

Woodford Folk Festival lost 65 per cent of its revenue and at least 12 Woodfordia staff, and several festival contractors lost work as a result of COVID-19 forcing the event’s cancellation. Organisers are now considering whether the large festival can run during the 2021-2022 Christmas and New Year period.

In the meantime, the Festival of Small Halls is being called upon to keep Woodfordia’s remaining staff afloat.

However, it wouldn’t be possible without the work of regional councils and community volunteers to make the event COVID-19 safe. 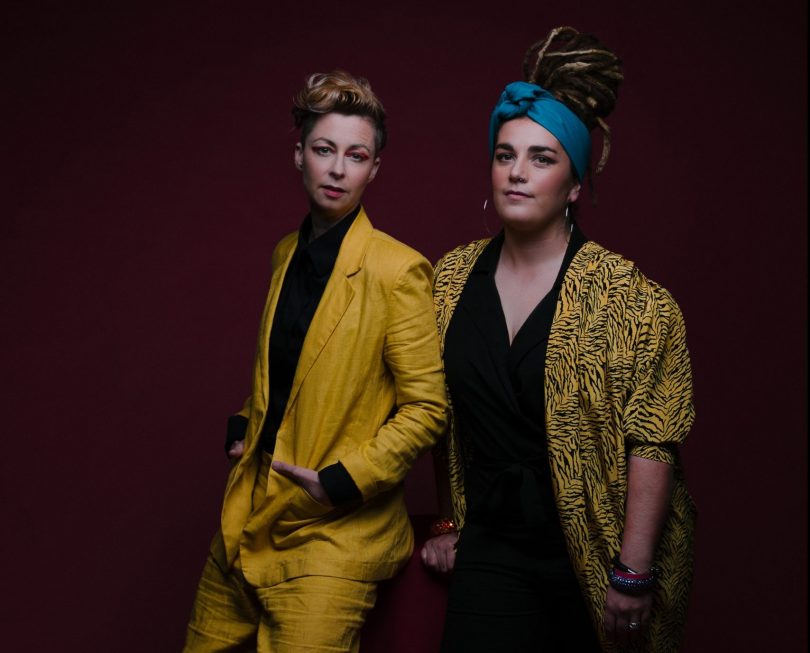 The duo from This Way North has been impacted by the NSW-Victoria border closures. Photo: Supplied.

“We were so inspired and impressed by the way community halls have been able to adopt these new conditions and not shy away from the extra hoops they have had to jump through to keep their communities safe,” says Festival of Small Halls producer Eleanor Rigden.

The festival toured Australia four times in 2020 and is about to embark on its Autumn Tour of 20 NSW community halls, including Woodstock Memorial Hall (15 April), St Saviour’s Cathedral Hall in Goulburn (16 April), Dalgety Hall (17 April) and Gilmore Hall (18 April).

It’s one of few – possibly the only – music festival in Australia that supports these far-reaching bush communities.

The tour will be headlined by Byron Bay’s ukulele strummer and drummer Bobby Alu and Victorian two-piece indie pop-rock band This Way North.

However, it’s not only the organisers who are benefiting from the small festival, according to Eleanor.

“We need the community to show up, but people need each other, too,” she says. “One woman who attended one of last year’s tours had been widowed during COVID-19 and hadn’t been around people until the festival. 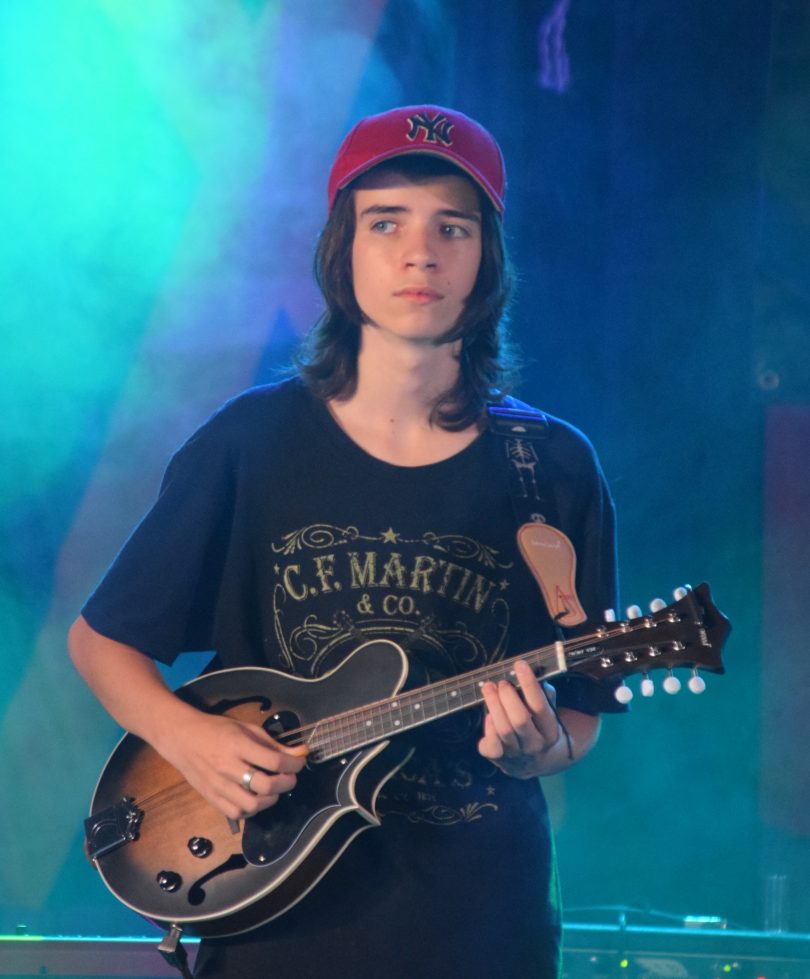 “This is also a chance for musicians to get back out there. Bobby was meant to perform at Bluesfest [in Byron Bay] at Easter but that was cancelled, and This Way North is located on the NSW-Victorian border and has been impacted by the border closure. They’re all really excited the festival is going ahead.”

What’s more, the festival gives young, local artists a chance to showcase their talents alongside headline acts. In Goulburn, that includes Hume Conservatorium scholarship holder Callum White, who is learning to play instruments such as the mandolin and banjo, and will perform an acoustic set onstage.

The not-for-profit festival launched in 2013 in a bid to celebrate communities and breathe life back into community buildings.

Goulburn Mulwaree Council’s events officer, Angela Remington, said this will be one of the first events to be held in St Saviour’s Cathedral Hall since COVID-19.

The local event will follow rules which allow one person per two square metres, however Ms Remington is hoping the rules will relax before the event so council can sell more tickets.

Tickets for the festival are on sale here.

Pradeep Bishwakarma - 51 minutes ago
Crazy market Shiva Sapkota! Only the RBA Can fix this View
Rebekkah Patton - 2 hours ago
Jamie Patton the price 😱 View
Kim Williams - 2 hours ago
Michelle Louise same same here - with a rental crisis in Cronulla - we may end up living on the boat yet 😆 View
Opinion 84

Ian McLeod - 3 hours ago
We absolutely should not build across the river right up to the Brindabellas either as certain politicians have been pushing... View
Ian McLeod - 4 hours ago
Yep love it here but short sighted planning is becoming an issue and light pollution is worsening. The obsession with bright... View
Jordan Ennis O'Neill - 6 hours ago
yep... this place lost its mojo a few years ago unfortunately. things only get worse from here View
Motoring 4

HiddenDragon - 4 hours ago
Another case study of the incompetence and impracticality of this government. Consumed with the big picture, feel good, sound... View
Capital Retro - 12 hours ago
Oh, the perils of virtue signaling. It would be hilarious (like an episode of Yes Minister) if it didn't mean this will cost... View
Opinion 79

ChrisinTurner - 10 hours ago
When did the Stanhope plan expect this expansion to be finished? 5 years ago? View
News 12

chewy14 - 14 hours ago
I think it's unfair that people who work more years than I do, in jobs that pay more than mine does, end up having more money... View
Community 53

WARNING: This story contains descriptions of domestic abuse. As a woman was brutally choked until she blacked out, her attacker...
Property 14

@The_RiotACT @The_RiotACT
Can your boss tell you what to wear at work? This week's poll asks whether common sense about workwear is actually all that common. And readers say the government should rev up our motorsports facilities https://t.co/DoNwT3GgIB (2 hours ago)