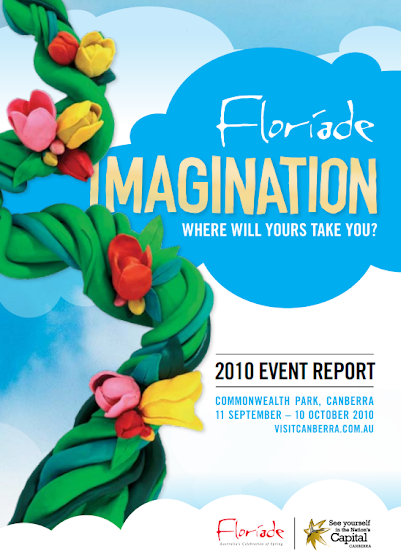 Andrew Barr has announced how delighted he is by the 2010 event report for Floriade.

The report reveals Floriade 2010:
• attracted a massive attendance of 471, 979 compared to 362,684 in 2009, the largest figure
since the introduction of turnstiles at Floriade in 1999
• injected $26.9 million into the ACT economy, an increase of $4.2 million on 2009
• attracted 131,129 interstate visitors, compared to 104,102 last year, who came to Canberra
specifically for the event or extended their stay because of it, with 66 percent of these staying in
the ACT for one or more nights
• drew the majority of interstate visitors from Sydney (44 percent) Regional NSW (29 percent)
with other key markets including Queensland (11 percent), Victoria (9 percent) and Western
Australia (3 percent) and that
• NightFest drew an attendance of 29,522 compared to 16,294 in 2009.

chewy14 - 25 minutes ago
BJ, The outer suburb large blocks aren't being slated for densification, don't have good services and aren't as expensive. I... View
May Mac - 53 minutes ago
"I think striking a balance is key." Yes. Not everyone who wants a freestanding house wants the work of maintaining a yard, s... View
Melänie Janė - 2 hours ago
Ridiculous article. View
Property 11

Capital Retro - 43 minutes ago
A similar thing happened to me at an auction just across the border in NSW. The vendor put in a bid after the hammer fell and... View
Elyse Albrecht - 6 hours ago
Caleb Albrecht lol apparently you can win an auction even after the hammer goes down 🤷🏼‍♀️ View
Jose Vega - 7 hours ago
In Spain loans for your own home is tax deductible.... Investment loans are not... Majority live in their own home. View
Food & Wine 20

Judith Adraskan - 1 hour ago
A lovely man who will be missed. I worked with him as a colleague for over 20yrs & he was forever gentle, polite & kind. RIP... View
Melissa Dean - 8 hours ago
Such a wonderful, hard working, caring man and friend, taken to soon. I will miss our chats. I learnt so much from him, and e... View
Community 2

Capital Retro - 6 hours ago
I should have stated the obvious namely most service station sites have ample space for both solar panels and batteries but I... View
show more show less
*Results are based on activity within last 7 days

Queanbeyan has been called many things over the years, but when the ABC Canberra team lobbed into town on Tuesday...
Motoring 41

@The_RiotACT @The_RiotACT
The @CanberraLibs are calling for a Gonski-style review of the ACT's education system, and questioned the effectiveness of inquiry-based learning https://t.co/vfpwgh5Ocz (55 minutes ago)