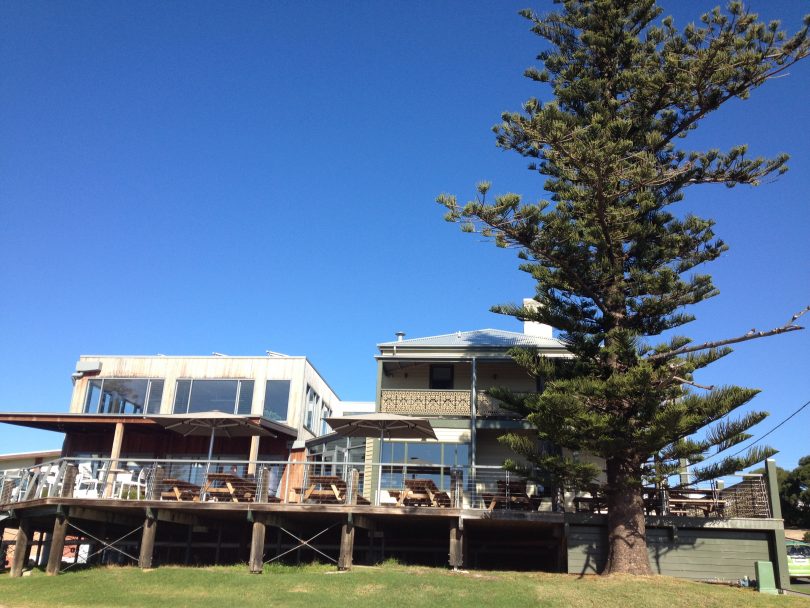 The final stage of Tathra Hotel’s renovation under the ownership of Cliff Wallis and Sayaka Mihara is waiting for council approval. Photo: Elka Wood.

Those of us who have been enjoying the newly renovated Tathra Hotel, complete with playground and on-site brewery, may have forgotten that for the pub’s owners Cliff Wallis and Sayaka Mihara, the job is not finished yet.

“We’re waiting on approval for a 120-seat performance and event space which will be on the site of the old bottle shop and we’re adding ten more rooms to the hotel and re-doing reception,” Cliff explains.

“We’re pretty open to trying anything,” Cliff says of using the planned space, “but a big part of why we want to build this is so that we can hold private events like conferences or wedding receptions here without impacting on the pub. And a lot of bigger performers want to be able to hold ticketed events so it will make that possible.”

Told that the development application (DA), submitted just before Christmas last year, was on track to be approved on March 11, Cliff says he is still waiting and has had no satisfactory explanation from Bega Valley Shire Council as to why approval is still not forthcoming.

A representative from Council told Region Media, “we are currently resolving parking issues on the site arising from community feedback during the exhibition of the development application.” 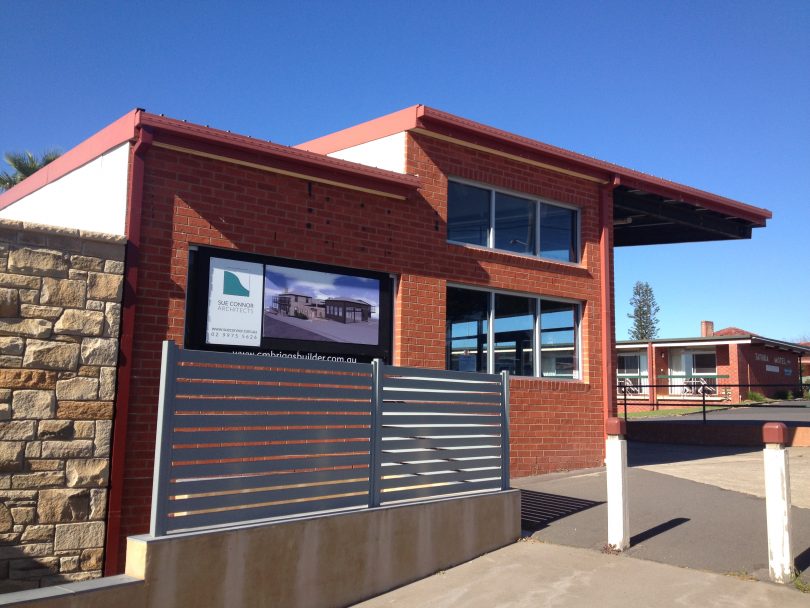 The old red brick drive-through bottle shop at the Tathra Hotel [pictured] will be replaced by a 120 seat performance and event space in plans currently waiting for approval by Bega Valley Shire Council.

Cliff says he is especially confused by the hold-up because the council had been “very accommodating” with his initial DA to renovate the hotel to the stage it is now, giving him approval in six weeks.

The delay affects not only the tradespeople Cliff has lined up for the job but the whole performance art community, who are eagerly awaiting this addition to the cultural infrastructure of the Bega Valley.

“In the industry, we’d call what Cliff is planning a ‘black box,'” Andrew explains, “because the seats retract, the relationship between performers and audience can be changed, opening it up for cabaret-style performance. It will be a much smaller space than Merimbula’s Twyford Hall theatre and suited to small-scale independent theatre shows and performance development, as well as music, dance, and events.” 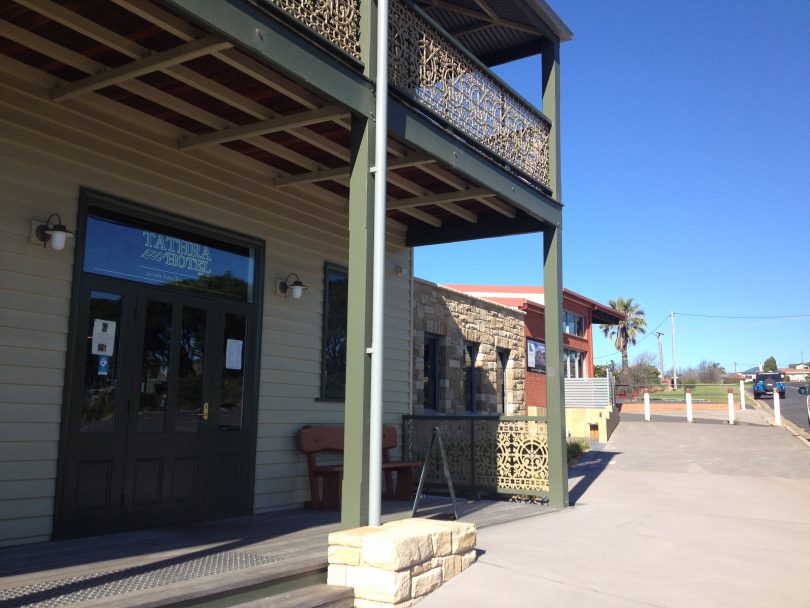 The owners of the Tathra Hotel plan to keep the exterior of the new performance space in line with the building’s heritage – replacing red brick with sandstone so that the renovation will blend in.

The advisory team are in conversation with Cliff about forming a non-profit group which would potentially manage the program in a public/private partnership with the Tathra Hotel.

Andrew Gray says that the proposed performance space builds on the now-established relationship Tathra Hotel has with the arts community.

“The plans for this space are in keeping with the commitment that Cliff and Sayaka have already shown to the arts community. They make it easy for performers to show up. They are the only venue locally who have free, live music every weekend – and the performers are paid!”

Just turning up to a venue with an in house PA and mixer is a treat as a performer, Andrew laughs.

Many in the local arts community are used to cold country halls, nailing blankets to the walls to make the acoustics work and plugging everything into extension cords, so movement on the Tathra Hotel space is eagerly anticipated.

Cliff, Andrew and a host of performers are all hoping they will soon be let loose.

“Even if it is approved today, we’re still set back months from council’s original March 11 approval estimate,” Cliff says. “We were planning for an opening in early 2020 but now we can’t say when the building will be ready to use.”

William Coats - 2 minutes ago
Exactly the private companies and investors doing urban infill are creating more houses for more families View
William Coats - 3 minutes ago
At least the owners still hBe to pay both rates and land tax. But it is a real waste View
Candace Driscoll - 46 minutes ago
Bel Lee The whole system needs an overhaul. It makes no sense to charge the kids, but potentially it sounds like they are mak... View
Property 7

HiddenDragon - 38 minutes ago
"...the government should let the market do its work and instead focus on cutting rates, charges and land tax as NSW has done... View
Ray Polglaze - 5 hours ago
Do you have evidence to support that assertion? View
Ray Polglaze - 5 hours ago
Barry Morris says "“Let the market sort it out – it will sort it out". But where is the evidence to support that confiden... View
Property 6