Monaro Police are hopeful the public might be able to help with their investigations after a number of items including firearms were stolen from a remote country property.

At about 9 am yesterday (September 9) a 69-year-old man returned to his home on Stoney Ridge Road at Jinden, about 78 km north-east of Cooma, when he noticed possessions missing and a door that had been damaged.

Police have been told 14 firearms, ammunition, a white 1999 Toyota Landcruiser 4WD, power tools, and other tools were stolen.

It’s believed the home may have been broken into between Wednesday, August 29 and Sunday, September 9.

Anyone with information is urged to contact Monaro Police or Crime Stoppers on 1800 333 000. 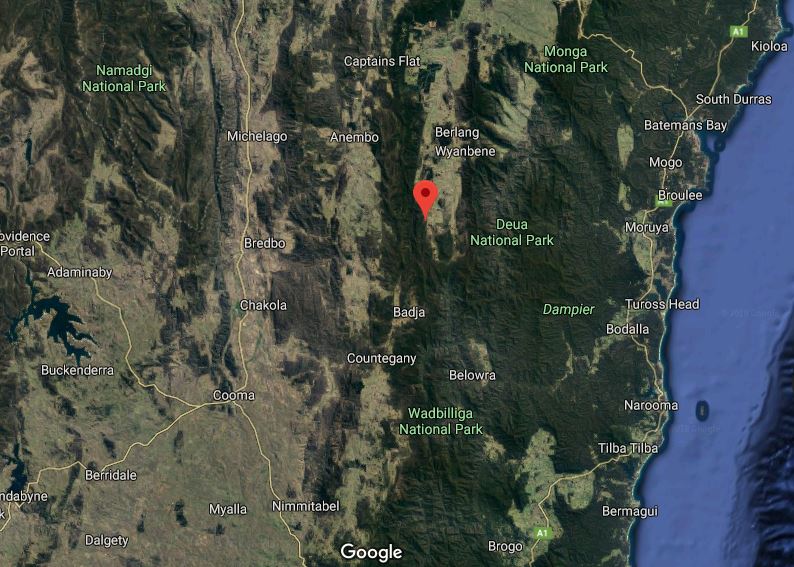 *This article first appeared on About Regional

Lyn Kemp - 14 minutes ago
Goodbye Zed, hopefully. You've done absolutely NOTHING for the ACT 😖😖 View
Capital Retro - 3 hours ago
"Climate change, gender equity, citizenship, refugee policy, economic and cultural renewal, and a First Nations Voice to Parl... View
Shane Carter - 4 hours ago
Who-da-thunk-it, the man who’s voted against the ACT having self governance. His seat under threat from the ACT calling him... View
Community 7

bikhet - 15 minutes ago
This seems to be your thing. Never knew the pluviometers were there. Is their output available on the web somewhere? I'm a bi... View
brendan eyers - 2 hours ago
Cool to know what the cubes are, though I've never noticed one. Worth a mention that there are a hundred or so pluviometers a... View
brendan eyers - 2 hours ago
They are called standpipes. Connected to mains water and used to collect water samples for testing. View
News 2

MERC600 - 21 minutes ago
Yep , full marks to the Raven. What I would like to know is what would you pay for a coffee to be delivered by this drone mob... View
Capital Retro - 1 hour ago
The next step is to equip the ravens with lasers. Death to all drones!... View
News 2

chewy14 - 56 minutes ago
"A responsible and competent government would" Well there's your first problem. They haven't been forthcoming with robust bus... View
michael quirk - 3 hours ago
The government has yet to provide evidence to justify the light rail extension, the viability of which is tenuous given incre... View
News 41

Chief Minister Andrew Barr said he accepted that having no deaths may not be possible as the Territory begins to ease...

@The_RiotACT @The_RiotACT
A plastic surgery clinic and medical centres are among new exposure sites, and Calvary has confirmed a fully vaccinated aged-care staff member has tested positive https://t.co/RE8RHLqgTF (50 minutes ago)