Firefighter’s note in the Canadian woods boomerangs back to Australia 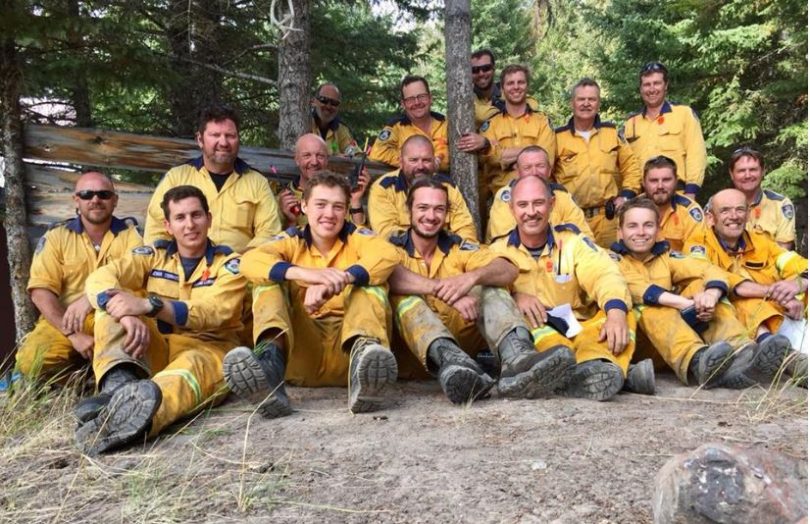 Three firefighters from South East NSW are on the ground in the United States, part of an international effort battling devastating wildfires in Northern California, Oregon and Washington State, which to date have killed six people and destroyed around 500 homes.

Minister for Emergency Services Troy Grant, says, “NSW specialists are highly trained and have experience dealing with the type of fires that are currently threatening the US west coast, and the request to have them help out is a testament to their professionalism, training, and expertise.”

The contingent includes divisional commanders, heavy plant supervisors, air base managers, safety officers and sector leaders who will assist thousands of US firefighters battling around 90 fires that have so far burnt more than 375,000 hectares across 14 states.

NSW firefighters are also about to be deployed to the Canadian state of British Columbia, where around 500 fires were burning on Sunday on the back of months of drought.

The two deployments come almost 12 months to the day for Bega’s Garry Cooper and his call-up to the Canadian wildfires of July – August 2017.

Garry is a Fire Mitigation Officer with Far South Coast RFS and is staying home this time around, but was there to help Friday’s crew pack and offer advice.

His boots were on the ground in the pine forests of Kamloops, about four hours bus drive east of Vancouver, this time last year.

“Another fire season is here and they are in the thick of it again at the moment,” Garry says. Reflecting on his six-week mission last year, Garry says he does sometimes get emotional about the friendships formed, the challenges his team overcame, and what they achieved.

“Our crew had a lot of experience so we were able to multitask – plant and machinery, pumps, aircraft, backburning,” he says.

“It’s an amazing experience, it’s not a sprint it’s a marathon, so you have got to pace yourself, it’s a great opportunity to share knowledge both ways.”

Since then Garry’s patch has been witness to its own bushfire emergency, and in the dry, windy conditions of winter 2018 it can feel as though there has been no break in the NSW fire season.

Also in that time, a beautiful story has emerged, connecting Garry and his crew with the people they were there to serve.

As reported by Kamloops Matters,

When Dee Bartens returned to her cabin on Green Lake this past spring – one of many that were under evacuation order last summer – she found a “beautiful note.”

Scribbled on a small piece of cardboard was “Aussie firefighters were here. Hope your cabin is safe. Delta Crew C155. Toolie.”

A team of 20 firefighters had used Bartens’ cabin for refuge, to take their breaks and refuel on food and water, while they fought the Elephant Hill blaze. “We were just so touched by that,” says Bartens, a resident of Langley.

“I mean, we knew they had been there. Obviously, when we got there, there were remnants of the fact somebody had been there, but I just thought – Wow.”

Shortly after finding the note, Bartens set out on a mission to get in touch with the crew that had protected the properties around Green Lake (thankfully, no homes were lost).

“I thought it would be really nice to try and find them to at least say thank you,” she tells Kamloops Matters.

“Lots of people thanked the local firefighters, but I don’t remember ever hearing anything directed specifically to the Australian firefighters.”

Bartens immediately put a call out on social media to try and track down the mysterious author. In less than three weeks, she made contact with Garry Cooper, the leader of Delta Crew C155.

It was firefighter Andrew Toole who penned the note. – Tereza Verenca reports for Kamloops Matters.

The story has only emerged recently as property owners in the Green Lake district return to their summer cabins following the winter snow melt. Speaking to The RiotACT, Garry says the last chapter of the story has been the cherry on top of an extraordinary experience.

“We have a good feeling about what we did and what we achieved, we really appreciate that they made the effort to track us down,” he says.

Ms Bartens told Kamloops Matters that the note will be framed and placed in the cabin with a NSW firefighters badge Garry had since sent her.

“I thought that was beautiful,” Ms Bartens told Tereza Verenca.

Ever the firefighter, Garry is keen to remind Far South Coast locals to consider the conditions before lighting up any hazard reduction burns this winter.

“We had a late fire season and it really hasn’t let up,” he says.

“It’s been a dry winter and we are now coming into our windy months.

“People think they are doing the right thing, but we’ve been chasing a lot of escaped private burns. Property owners need to be more aware of the weather conditions.”