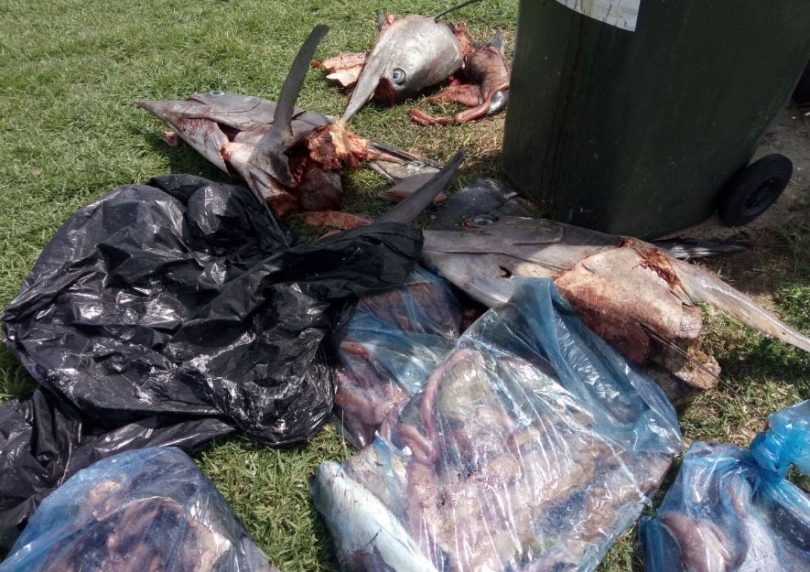 “I couldn’t believe the size of the fish carcasses.” – Deborah Taylor.

Bega Valley Shire Council says it’s disappointed and frustrated by a recent incident of fish waste being dumped in a shared community space at Bermagui.

The heads of a number of big Marlin along with fish frames and innards were dumped into overflowing street bins right in the heart of the town’s famous fishing precinct.

“I couldn’t believe the size of the fish carcasses,” Deborah says.

“I called Council, and as we were talking the Cleanaway truck pulled up, one man hopped out to clean it all up – an awful job.”

The NSW Department of Primary Industries advises, “It is an offense to dump fish offal into the waters at Bermagui Harbour.”

The shire’s red top landfill bins are an option but in this case its the volume and manner in which the fish waste has been left that is the issue. 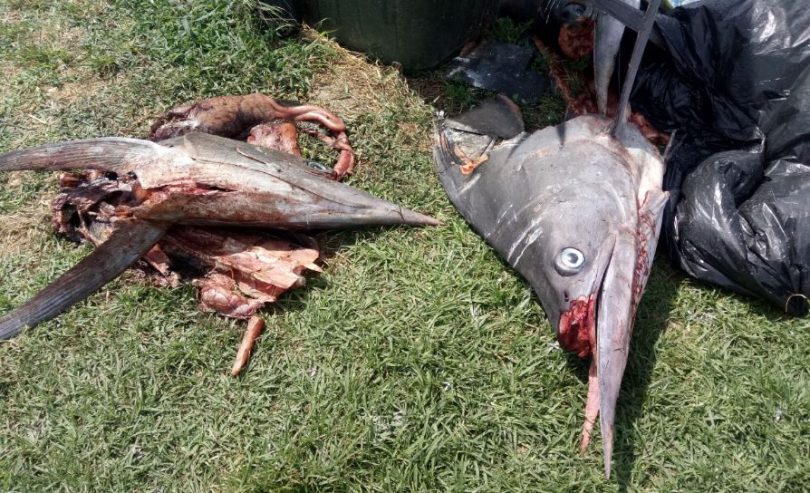 Council says the dumping of waste and litter detracts from the beauty of our region, “Our coastline is the Shire’s greatest natural asset and the protection and effective management of our coastline is a high priority.”

Council has previously provided a specially designed ‘offal trailer’ at the Bermagui Harbour boat ramp; local farmers were collecting the waste and using it as a fertiliser, but that service had to be discontinued.

Local’s have suggested the trailer often became full of general household waste, reducing the effectiveness of the composting service.

It seems that sort of idea is still on the table. Council’s Waste Management team is currently reviewing operations and looking at alternative options for the collection and treatment of fish waste, including processing it into compost products. 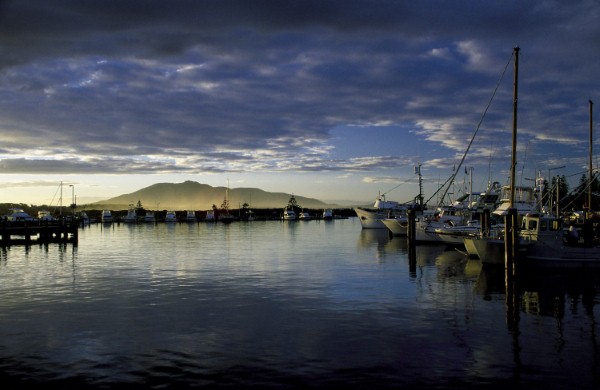 Bermagui Harbour most of the time. Photo: Sapphire Coast Tourism.

The sad thing is big Marlin like the ones dumped at Bermagui aren’t generally considered good eating and are often loaded with heavy metals from a long life at sea.

Most sporting fishermen tend to take a photo of these impressive creatures of the deep then tag and release them, ready to tussle again another day.

“I was appalled to see this human greed, cruelty and don’t care attitude,” Deborah says.

Council is directly responsible for a public reserve network that stretches along 225km of coastline, for many if not all of the towns and villages along the way these spaces are central to community life and the region’s tourist appeal.

Ten boat launching facilities throughout the Shire are part of that responsibility.

“The management of fish waste at some of these facilities has been a long-standing problem,” the Council spokesperson says.

Council says it is working closely with fishing clubs in Eden, Merimbula, and Bermagui to find solutions to the problem of fish offal, and encourages fishing tournament organisers to contact their waste section to discuss options for the extra waste generated by these events.

The fish waste dumped at Bermagui coincides with the recent trashing of Tathra Lions Park at Mogareeka, where partygoers lit fires and left behind twelve bags of rubbish along with vomit and urine for Council to clean up.

“The management and maintenance of public reserves is an ongoing challenge for Council and for many members of the local community who provide countless hours of invaluable volunteer time helping manage and protect these areas,” Council says.

Deborah Taylor feels the frustration and has spent the summer picking up after people. “Tweed Bait bags, fishing line, food wrappers, bottles, cans, cigarettes, even underpants, and socks, I get quite upset about it,” she said. 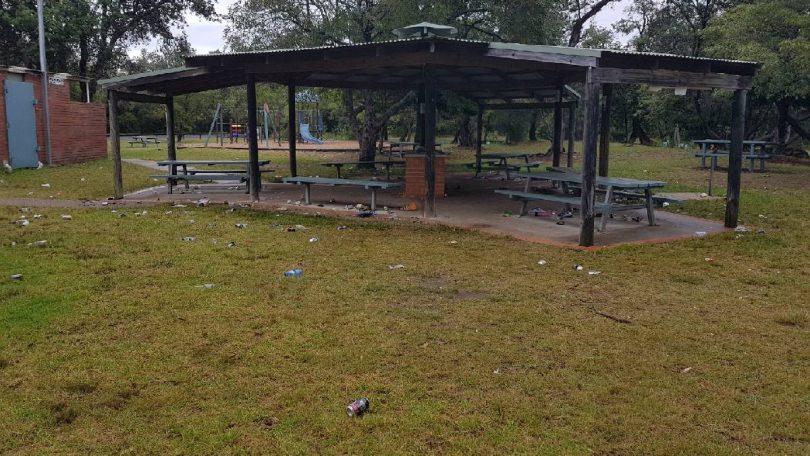 Don't get me started on fast food wrappers on the side of the road! Thankfully there is more beautiful in Bermi and Tathra than anything. Cheers Ian

Love Bermagui , it still has the unspoilt coastal town feel, very sad to hear this

What is wrong with people that they have to behave in this manner? I wish we could find who did this and take all the rubbish, vomit and fish waste to dump in their lounge room!

Treena Loiterton - 15 minutes ago
Geoff Richardson what about dumping every single record about war/defence on the steps of the memorial and getting them to ke... View
Richard Grainger - 4 hours ago
That building is simply storage. The cost that the Archives desperately need funding for is to digitise the records. A lot of... View
News 64

Ray Ez - 46 minutes ago
Tiger Fit so no memorials for anyone?? Did you think that maybe this sort of thing helps a lot of veterans? View
Ray Ez - 47 minutes ago
Ian Pearson you do understand the consultation was not a vote? They asked for people’s opinions. They are under no obligati... View
Ian Pearson - 1 hour ago
Concur - while Stalin might have said that numbers have a quality of their own, presumably the NCA did not agree. View
Business 1