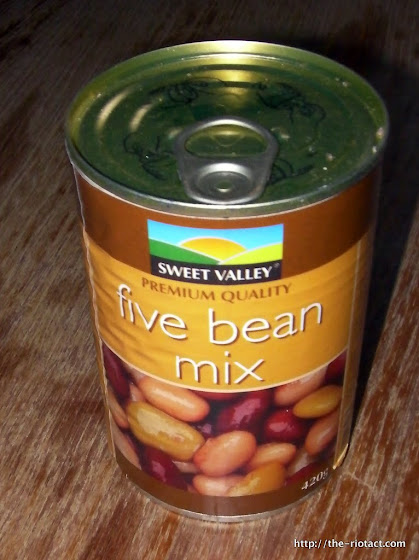 The ACT Public Library Service has a deal at the moment for people with late fees who don’t want to add money to the gubment coffers or can’t quite afford to pay. (You can certainly pick up tinned food for less than $2 if you’re a bit cheap) From their email:

All food will be donated to OzHarvest Canberra who provide food to 55 charities in Canberra and Queanbeyan, supporting many individuals in the community who are in need. Food for Fines is an opportunity to support people who are in need during the holiday period.

7 Responses to Food for Fines
Filter
Showing only Website comments

Five bean mix – librarians must have no sense of smell?

Got to congratulate the Library people for doing this. It really will make a big difference to a lot of people we try to help out there in Canberra and Queanbeyan.

That’s such a great idea!

Although it’ll cost me $50 of food, great idea. So much better knowing exactly where the ‘money’ is going. I actually want to go pay my fines.

Allan Glass - 52 minutes ago
Well if it's a hazard to the driver maybe they should pay attention to the road. N leave these trees alone. View
Amanda East - 2 hours ago
Noooo.... View
Bec French - 3 hours ago
GO cut something else down!!!! leave them be! View
Food & Wine 129

Kylie Klose - 52 minutes ago
We love Leong’s kitchen!!! Amazing food and fabulous service. Many fond memories of dinners and birthday parties there when... View
News 16

Chris Cross - 1 hour ago
Exactly right! The whole premise of this story is misleading and a terribly written opinion piece. No one is proposing, plann... View
Mark Scarborough - 5 hours ago
As long as it is cheaper than flying. View
Justin Watson - 5 hours ago
Yeah it wouldn't be too expensive to get rail travel down to 2 1/2 hrs between Canberra and Sydney. A 1 hr fast train would b... View
Opinion 16

Jan Sandra Cornish - 2 hours ago
We could raise their wages and put more money into training them. Rostering changes could work too. Police have different wor... View
Louise Flood - 5 hours ago
A nice idea but how will our esssential workers do this? Nurses, fireys etc. View
Kurt Neist - 7 hours ago
I wash dishes, order supplies and do deliveries. Can’t do any if it from home. At least the pay is rubbish...... View
News 6

Nick Anderson - 5 hours ago
Just to add on, the snowy mountains are already feeling the stress from Climate Change: http://press-files.anu.edu.au/downloa... View
Nick Anderson - 5 hours ago
Funny. A ski resort implies that it would still snow in the foreseeable future. A future without severe climate change. Last... View
Rainer Busacker - 6 hours ago
It takes vision and a we can do it attitude. With local participation. We have enough naysayers.... View
News 30

Elroy Jones - 6 hours ago
Completely agree View
duc nguyen - 7 hours ago
No one comes to Canberra and thinks the current West Basin is the place to be. Even though it is at the heart of the Nation's... View
Neil Chandler - 10 hours ago
I would have thought that whatever "heritage" the area had, both european and indigenous would have been pretty much devastat... View
Food & Wine 5

Rose Mary - 11 hours ago
David Blanchfield put it on the menu! View
News 4

Greg Garth - 14 hours ago
Gabriel Spacca Or a mixture of smoke and steam. View
Gabriel Spacca - 18 hours ago
If you pour water on fire it’s likely to cause more smoke not less. View
Sport 30

Nikos Manikas - 18 hours ago
Dianne Latimer if Brisbane get a 2nd team then all Ch9 will do is alternate between the 2 Brisbane teams. just like now they... View
show more show less
*Results are based on activity within last 7 days

The $200 million Monaro Highway upgrade is a step closer with the release of concept designs for a southbound flyover at the...
Best of Canberra 116

@The_RiotACT @The_RiotACT
The Great Shower Timer Experiment is about to get underway in Canberra thanks to Icon Water and residents of Gungahlin https://t.co/bLbZPuxVD4 (39 minutes ago)

@The_RiotACT @The_RiotACT
Resources developed for virtual excursions to Old Parliament House have been put to good use during COVID-19 restrictions but will also help remotely located students from across the nation to visit the Museum of Australia Democracy https://t.co/grpAeze1pX (4 hours ago)