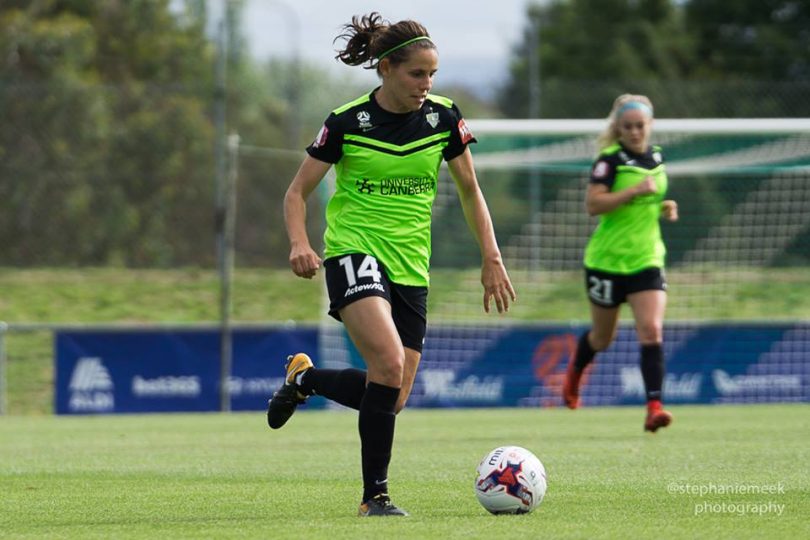 Sykes scored 37 goals while playing for Canberra United, including 12 in one season to guide United to the premiership, and said she is excited to begin a new chapter in her football career.

“I am already looking forward to the season beginning again,” Sykes said.

“I will obviously be involved in a different capacity this year, but it’s an exciting step in my football career and I can’t wait to work alongside Heather in the professional environment we have within Canberra United.

“This club has been a big part of my life so contributing again as a coach and helping the next generation of players is very important to me.”

#MEDIA |@ashsykes91 spoke at our @unicanberra training base on Wednesday about her new Assistant Coach role, and how the transition happened from Player to Coach. #UnitedWeStand #CUxUC pic.twitter.com/sx9LqS9ekV

Sykes had a glittering career, spanning ten seasons in the W-League for Canberra United, with three premierships and two championships. The electric forward picked up the Julie Dolan Medal for the player of the season in 2015/16 as she led United to the semi-finals, and was the Golden Boot winner in 2016/17, thanks to an eight-goal haul in a sensational January that saw her finish on 12 goals.

After joining Canberra United for the inaugural season of the W-League, Sykes went on to make 108 appearances in Green across the decade, establishing herself as one of the competition’s premier forwards.

Sykes retired at the end of last season and took up a role as Game Development Manager at Capital Football while undertaking coaching courses. 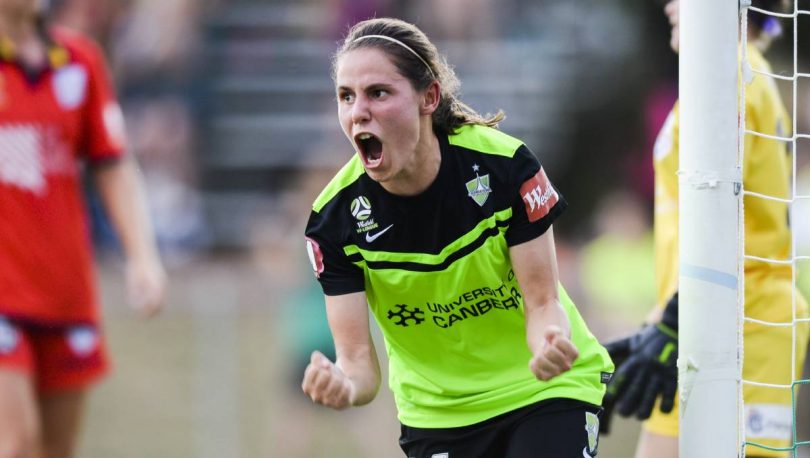 Head coach Heather Garriock welcomed Sykes’s appointment and believes she would be a great addition to the sideline staff during the upcoming season.

“I had an excellent working relationship with Ash during the last season and I can’t wait for that to evolve into a winning coaching team,” Garriock said.

“Ash has an excellent football brain and will bring so much to the sideline.

“She embodies all of the values of Canberra United so well and has left a big imprint on the club through her playing days, so it is a strong indicator of her passion for the club that she is changing roles and staying involved.”

The 2018/19 Westfield W-League season is set to begin next month.

Feedback - 1 hour ago
The article mentions that 'The path out will resemble last year’s easing but will include working from home for some time t... View
whatwik - 2 hours ago
With the school holidays upon us, spare a thought for children and parents (and grandparents!) in Cowra, which was among area... View
Opinion 49

Tom Worthington - 1 hour ago
Not "Man the torpedoes", it will be: "Activate the AI in the Uninhabited Underwater Vehicles". ;-) More seriously, Australia... View
chewy14 - 1 hour ago
JC, I've repeatedly said this isn't mainly about the hardware although it helps. And why can't we strengthen our non military... View
chewy14 - 1 hour ago
Won't be fooled, I said it helps to protect Australia. But only partly through the hardware, the bigger benefits come from th... View
News 2

Mookie Moo - 3 hours ago
Marty Hoenig It also says this in the article & comments. He’s just being rude. I was commenting for the importance of aqua... View
Craig Martin - 3 hours ago
One more step towards the whole AIS closing down? View
Carol Knight - 3 hours ago
Jess Knight Michael will join us now! Mx View
News 25

@The_RiotACT @The_RiotACT
Cold weather is sweeping in again across NSW and ACT, potentially bringing #snow, #hail, and damaging #winds with it. Here's what you need to know https://t.co/SiTWclpxRK (47 minutes ago)

@The_RiotACT @The_RiotACT
Mark and Coral Tully met in Forbes, raised a family in the Riverina and have retired in the ACT. The one constant in their lives over the past 70 years has been their love for each other https://t.co/x6fgOXq5u8 (4 hours ago)