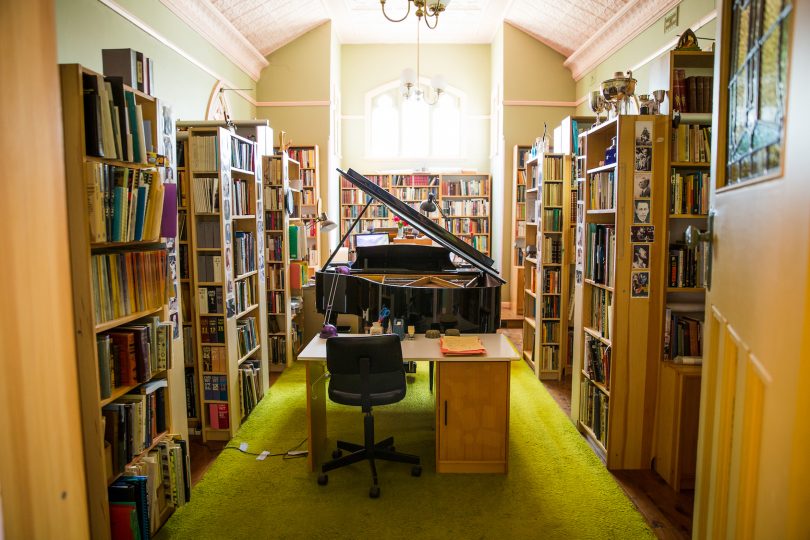 If these walls could talk. A former convent which became the home of Australian film composer Bruce Smeaton is on the market in Binalong. All photos supplied by Flemings Property Services.

A grand five-bedroom home which began its life as a convent and went on to be owned by the man who composed the haunting music of Picnic at Hanging Rock is on the market in the historic village of Binalong, around an hour’s drive from Canberra.

The stately house at 6 Sykes Road was dedicated as a Catholic convent in July 1920 and for the past 28 years has been the home of Australia’s most prolific film composer, Bruce Smeaton, and his wife Mary. 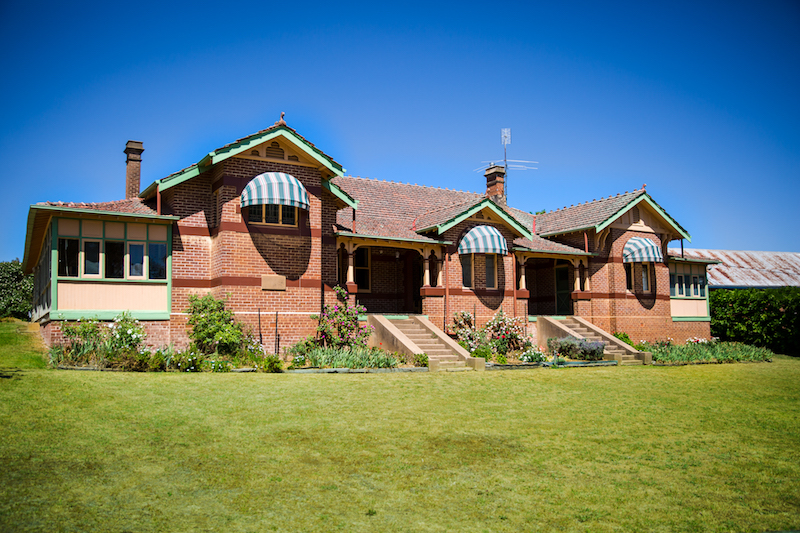 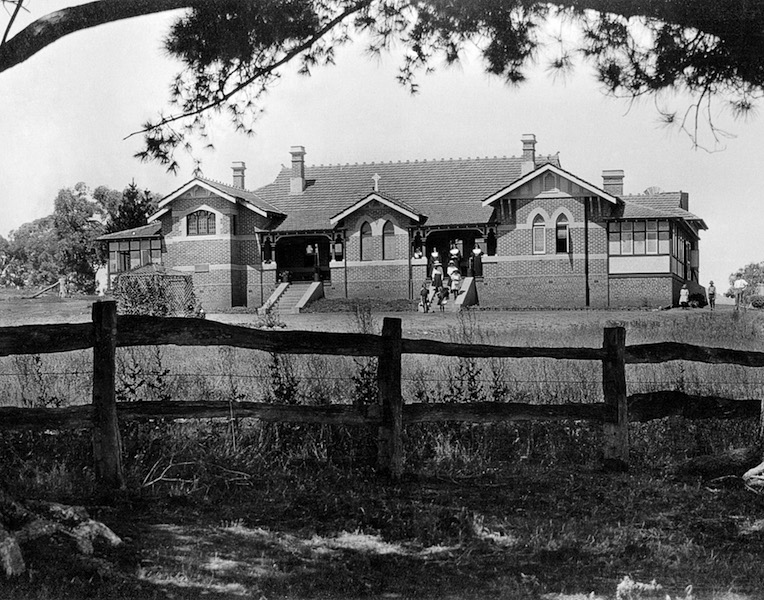 An old photo of the Catholic convent.

Originally the residence of four nuns and young female boarders, the house was purchased by the Smeatons in 1990, with the former chapel becoming a music studio/library and resounding to a different kind of music – film scores, advertising jingles and orchestra music.

On the market for $790,000, the Federation-style home has been extensively renovated by the Smeatons while keeping its rich character and the charm of its origins. 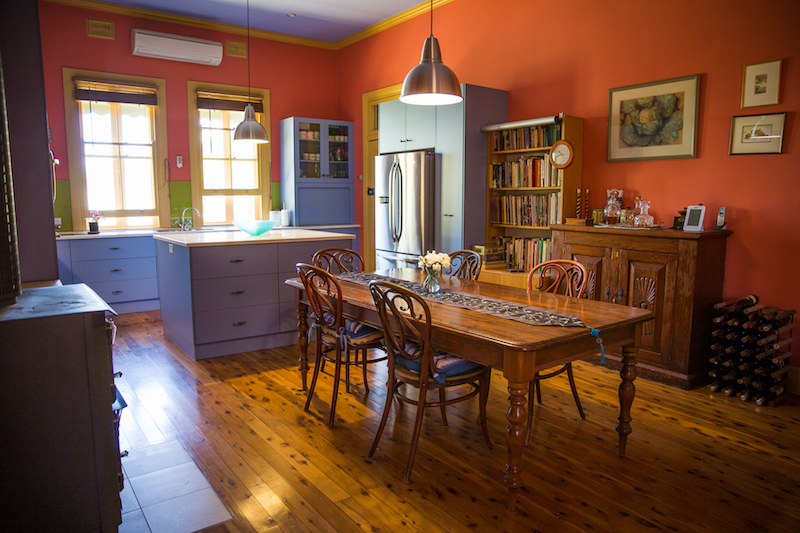 For example, the door between the main bedroom and the chapel still has the original sliding panel used by the priest to hear confessions while directly across from the chapel is a room without windows once used to store chapel paraphernalia while doubling as a nun’s retreat.

Mr Smeaton said that the five bedrooms all have very high ceilings, with the library’s Wunderlich pressed-tin ceiling higher still. 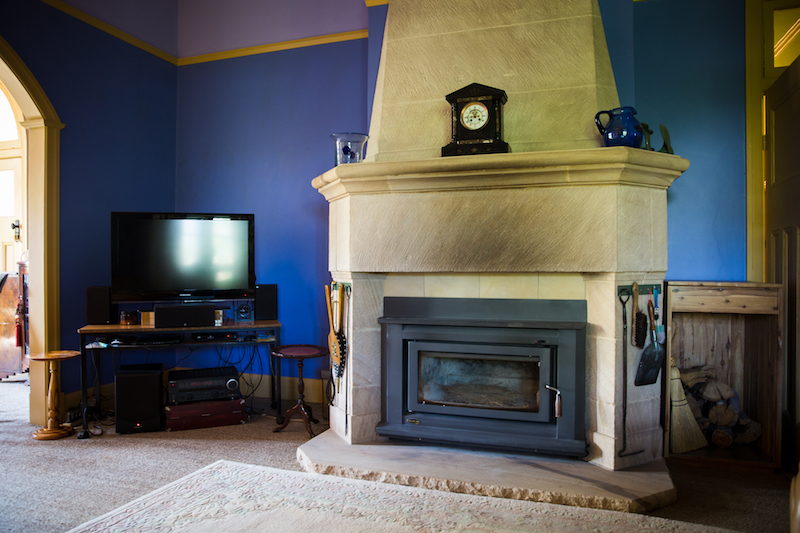 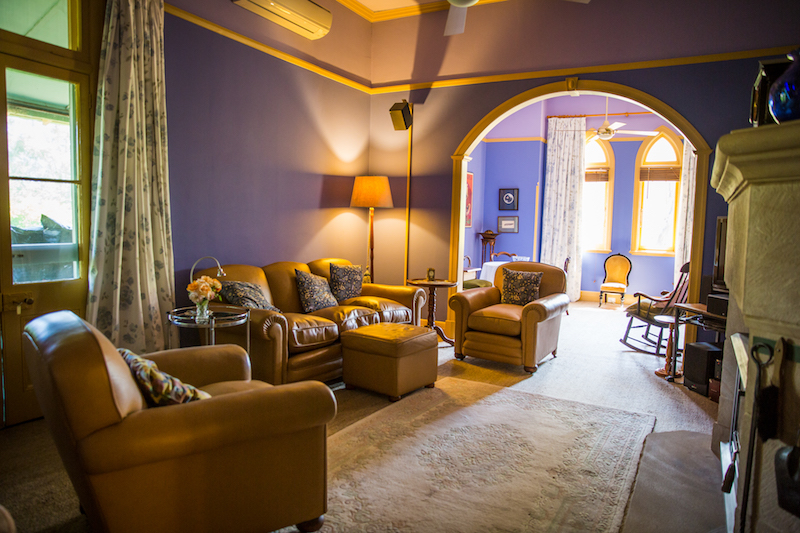 The home’s large country kitchen, laundry and main bathroom have been completely redesigned and rebuilt by the Smeatons, who have extensively renovated the home to suit modern living needs. 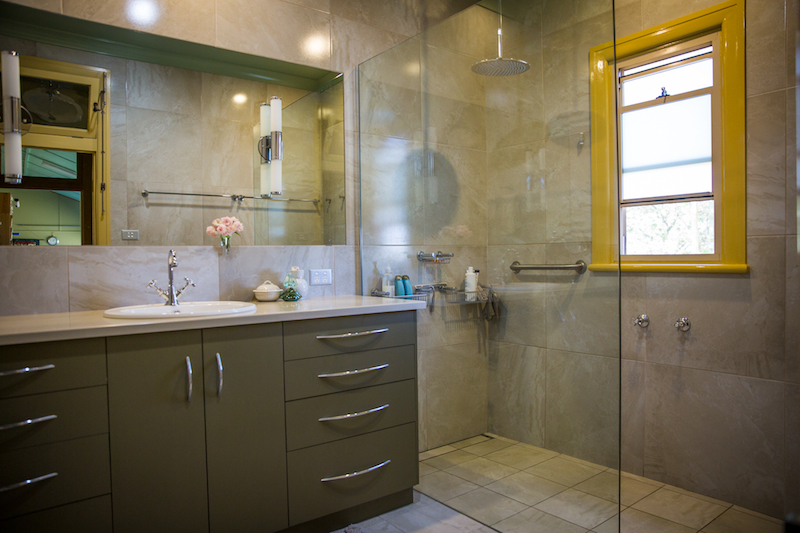 “Bruce and Mary have gone to lots of trouble and made it a home with plenty of character,” said listing agent Justin Fleming of Flemings Property Services.

“It’s got a real grandeur about it,” he said. “It’s a big, impressive property.”

The home sits on 9,500 square metres of land, with expansive rural views. 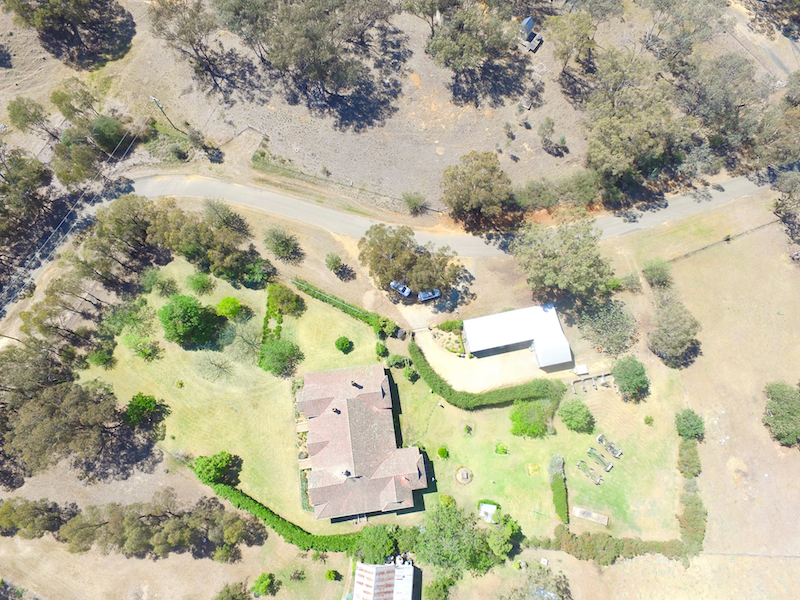 “When we arrived 28 years ago the land around the house was no better than flogged-out paddocks and full of weeds,” Mr Smeaton said.

“We have planted 430 trees and countless shrubs, roses, bulbs – daffodils, jonquils, irises etc – and managed to grass the place from boundary to boundary.” 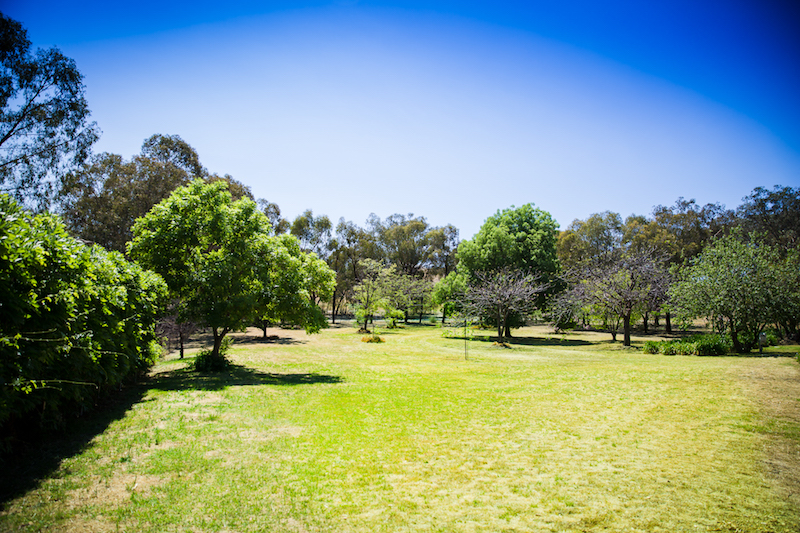 It was Mr Smeaton’s love of vintage cars that originally attracted him to the property and this is reflected in its five-bay machinery shed/carport and a spacious, well-used workshop. There are also freshwater tanks, cool room and storage sheds. 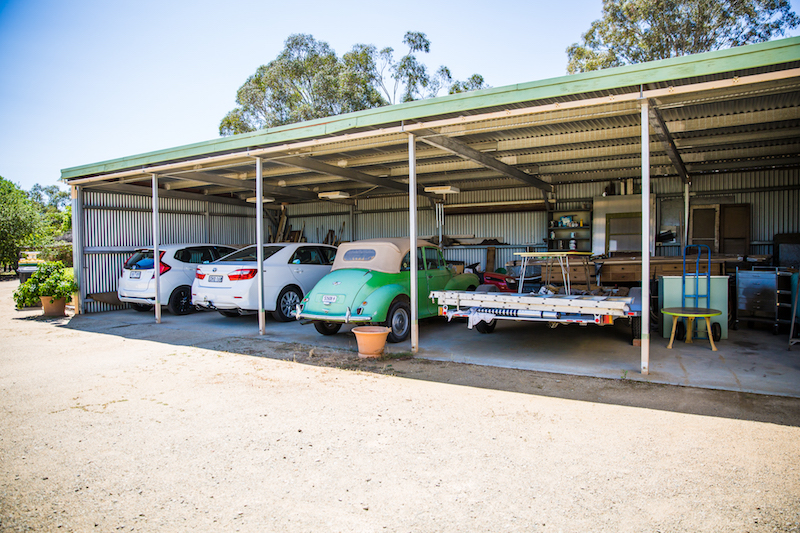 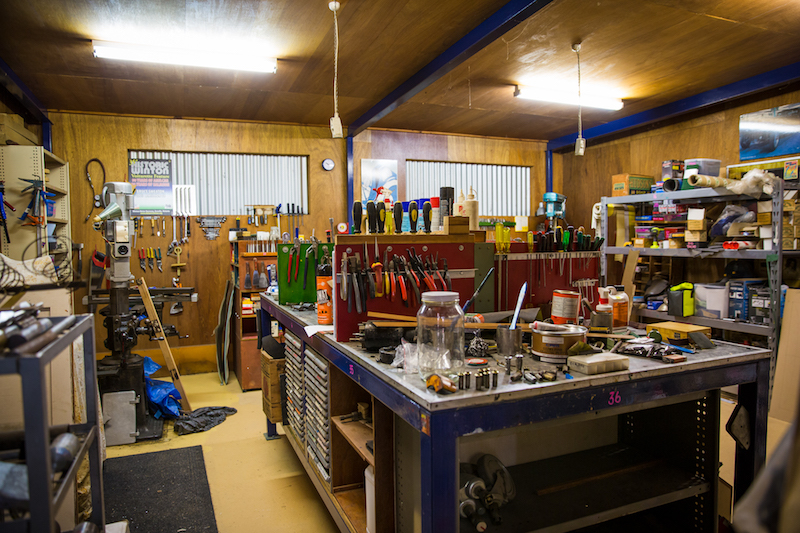 Helmut Bold - 12 minutes ago
Geoff Lutnant I’ve been trying but it hasn’t worked! View
Futureproof - 15 minutes ago
Work a four day week, get paid for a four day week. If living costs don't bother you, then go for it... View
CLooey - 4 hours ago
Yes please, I think this is a great idea to achieve a healthy work and home life balance. Not sure if it’s possible though... View
Food & Wine 26

chewy14 - 41 minutes ago
Stephen, And yet you can provide no evidence of your claims of what most Australians think. In fact the only true assessment... View
David Stephens - 5 hours ago
In the Heritage Guardians submission to the recent NCA consultation process, we said this about how the Memorial consults: "N... View
Stephen Saunders - 6 hours ago
Mr Anderson, it is laughable to quote a skewed “survey” of punters already visiting AWM. Ms Barnes, as ever, a puppet. Ga... View
Opinion 33

Joe Smith - 51 minutes ago
This was so dodgy. If you saw what happened in Dickson, our hard earned tax payer money being used by most likely non tax pay... View
Adrienne Yeo - 4 hours ago
Did I read correctly ? $390,000 redeemed even before the website went online ? Something fishy/untoward is happening. If not,... View
bj_ACT - 5 hours ago
All the money is gone. The program turned into a Bonanza for Chemist Warehouse, McDonalds and Subway. I don’t think the Vou... View
Property 13

Jon Rooks - 58 minutes ago
I'm glad Belconnen is being further developed as a community hub. My main concern are the single lane 'spokes' (like Bindubi)... View
Elspeth Shannon Rollason - 7 hours ago
All these buildings. If families move here then where are the playgrounds for kids to be active? What is being done about saf... View
News 7

tuco - 7 hours ago
The Education Minister refers to a 'fulsome' education. That word might not mean what you think it means. View
Opinion 134

May Agnew - 10 hours ago
MOST DEFINITELY -so many homeless -a national DISGRACE -and wealthy developers becoming wealthier still - causing a concrete... View
Community 7

@The_RiotACT @The_RiotACT
Discover what Kent Nhan from XO and ILY loves about #Canberra dining and what's in his own pantry https://t.co/RtSwUJSBZF (1 hour ago)