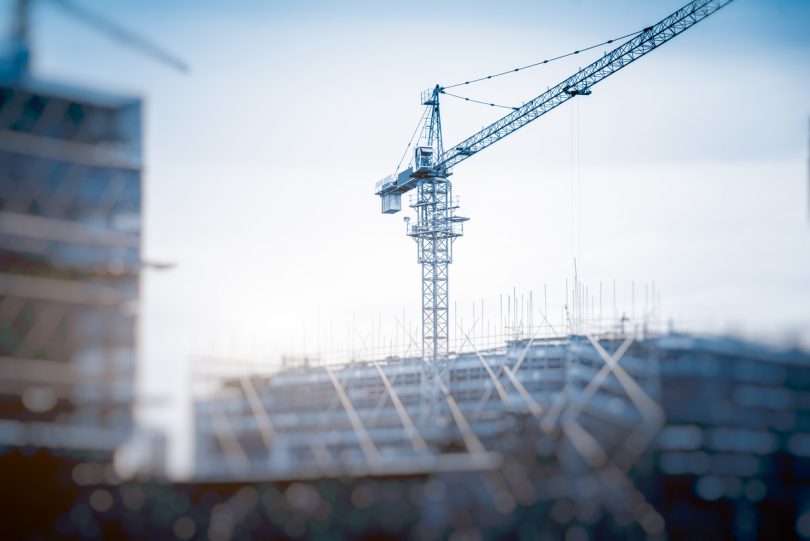 A former National Capital Development Commissioner will tonight issue a wake-up call to the ACT’s community councils and residents groups in a hard-hitting speech that accuses the Barr Government of corrupting due process and being incompetent.

In a speech titled Killing Canberra, Tony Powell AO, will tell the Deakin Residents Association that organisations like it were too good mannered and failed to recognise that they have been drawn into an overwhelmingly political environment.

“The need, accordingly, is to be well-informed, frank, forceful when necessary and to not shirk from highlighting the expedient self-serving attitudes to which Assembly members are prone,” he will say.

“This is a situation that doesn’t occur in the States where such matters are the responsibility of local councils in which their planning committees debate and make decisions on both the setting of planning regulations and the approval of development applications, at public meetings.”

He will call on them to target the Environment, Planning and Sustainable Development Directorate and its head Ben Ponton for not doing its job properly.

“It doesn’t carry out necessary investigations into the community needs to be served, the likelihood of adverse environmental impacts, the compounding effects of multiple development approvals in residential and suburban shopping areas and the provision of public transport and public parking availability,” he will say.

Mr Powell will say the directorate’s planning section is chronically understaffed and can only process development applications, which it manages poorly.

“It is unable to draw up master plans for the revival of the Woden Town Centre, nor for Civic, nor for Belconnen,” he will say.

“What is needed is a planning organisation with a core of professional staff of the order of 100, civil engineers, transport planners, town and regional planners, architects, landscape planners and designers, economists, sociologists, project development managers, writers, publishers and public relations managers so as to be in a state of constant engagement with the local community, business and trade interests, and thus dispense with the current practice of heavy reliance on external consultants which is largely unreliable and inefficient.”

Mr Powell believes the directorate has in recent times adopted an “inappropriate attitude of blindly adopting zoning changes determined by the Land Development Agency, which is likely to carry over to both the new Suburban Land Agency and the City Renewal Authority”.

He will point to the transfer of planning and administrative responsibility for parts of the National Capital Open Space System, such as West Basin, and the Murrumbidgee River Corridor at Ginninderra in order to support the joint venture residential development project by the Suburban Land Agency and Corkhill Brothers.

“Even worse are the NCA proposals for, (a) Acton Peninsula to facilitate the sale of national land on the Acton Peninsula by the federal Department of Finance and, (b) the removal of Commonwealth Avenue interchange ramps in order to create saleable properties fronting the Avenue and in order to also supplement consolidated revenue income for the Commonwealth Government,” he will say.

In a wide-ranging attack on the Barr Government, Mr Powell will point to the machinations of the LDA, the use of commercial in confidence arrangements to hide information and the alleged gaming of land release programs to maximise profits as examples of it not following due process.

And the light rail project comes in for particularly scathing criticism.

“The secretive manner in which the Gungahlin-to-Civic tramway has been investigated (including the withholding of development cost information), the fact that it has been committed to construction despite a negative assessment by Infrastructure Australia, the fact also that it is a response to a political threat by the Greens that might have caused a change of government in the Legislative Assembly, and is not a response to valid transport needs, when taken together, in my view, constitutes a corruption of due process and is contrary to good government.”

Mr Powell will also take on the Government’s tax regime and how its policies are forcing people into apartments.

He can be heard at the Deakin Residents Association AGM at the Deakin Bridge Club tonight. Refreshments from 5:45 pm, then Mr Powell’s talk, followed by questions.

Is the Barr Government pushing ahead with development at all costs? Do you think the National Capital is in danger of losing its distinct character? Or is just being transformed into a modern city?

I think they got it wrong right from the start. They should have built on the hilltops like in Tuscany Italy and left agriculture in the valley. Everyone would enjoy magnificent views over fields of canola and gambolling lambs in spring. Each hill could have had a central shared office for all of the different departments. A real missed opportunity.

Tony Powell is a hypocrite. Let us not forget that he proposed doing the exact same thing to Commonwealth Avenue as part of the Canberra Airport-funded 2005 “Living City” proposal: https://i.imgur.com/XmG1DUm.png

austted - 22 minutes ago
There is a good reason why our early settlers planted deciduous trees near their houses. We need to get away from this myth t... View
TimboinOz - 4 hours ago
We have three gum trees close to the street - probably in TCSS's area, and I wouldn't be without them. Yes, there's a risk. View
News 33

phydeaux - 24 minutes ago
I doubt the present value of the QR system compared with its original use, although I am extremely confident it never did hav... View
phydeaux - 33 minutes ago
TheSilver, I recall you have previously been asked for the references for those studies but I do not recall seeing a response... View
jorie1 - 56 minutes ago
I disagree with you. The governments over-reacted and there will be a big backlash against them for the way they have mistrea... View
News 230

Jimbo Lambert - 46 minutes ago
Justo Justo some people have driven that stretch of road for 30 or 40 years at 60km/h. If they suddenly reduce the limit it i... View
Dean Soccol - 2 hours ago
Nathan Grieve in Queensland every time we get a fine we lose points. So if you are one of those that don’t care about the m... View
Nathan Grieve - 3 hours ago
Andrew Nelson not every offence comes with demerit points, so unfortunately that statement is incorrect View
Community 8

@the_riotact @The_RiotACT
Extension of support for #Canberra businesses - especially small #businesses - is welcome, but will it be enough to keep them from disappearing? Local experts have their doubts https://t.co/o4s1D2OGsv (47 minutes ago)