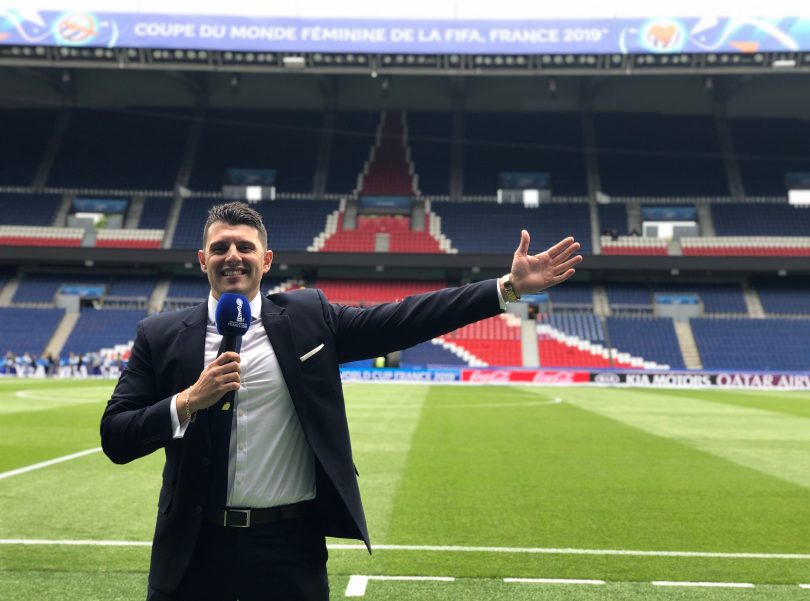 Stephen Peios has been a ground announcer at major football events in Australia and overseas. Photo: Supplied.

Stephen Peios isn’t short on self-belief. In many respects his confidence is a necessary ingredient in his chosen profession.

Getting into the middle of a boxing ring as an announcer or to host live World Cup soccer matches takes a fair degree of courage.

And judgement on performance, in this age of social media, is almost instant with not everybody liking what is done and said.

Later this year Stephen faces the ultimate test in his career as the lead match day presenter and announcer for the FIFA men’s World Cup in Qatar.

His role will be to inform and entertain thousands of people in the crowd as the on-ground announcer. Much of the announcing is choreographed, but it also involves plenty of ad-libbing.

It’s a far cry from his debut as an 18-year-old on community radio station Queanbeyan FM talking sport with his mate James Buckley.

“We loved sport, all sports, and loved analysing everything about it,” Stephen says. “As a kid growing up in Queanbeyan I had a passion for wrestling and boxing.”

It gave him a taste of what he wanted to be in life, an announcer in the mould of US boxing ring legend Michael Buffer.

Buffer’s catchphrase of ‘Let’s get ready to rumble’ has become one of sport’s most famous introductions.

“I watched him a lot as a kid and felt as though that was what I wanted to do,” Stephen says.

But there isn’t a direct route to the top with plenty of groundwork needed. 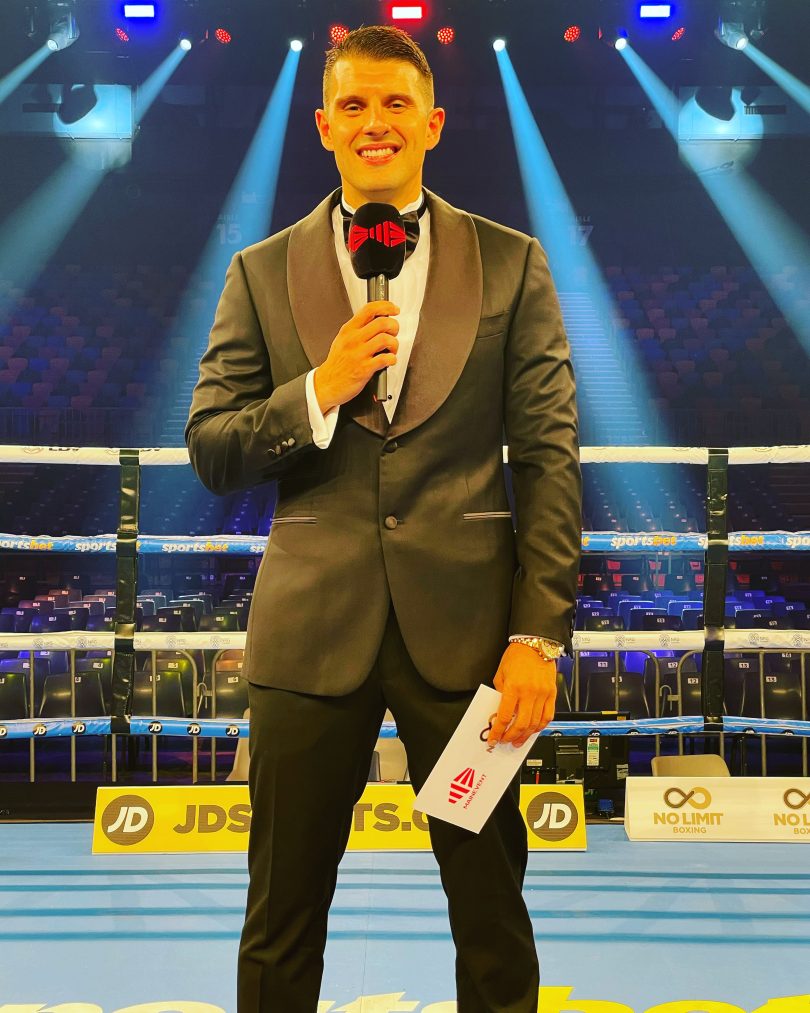 And Stephen has undertaken that groundwork and set a path to reach his goal.

“After school, I worked in the public service. But in the background I honed my announcing skills. I did sports reports for 2CC on weekends.”

He started ring announcing in boxing and mixed martial arts bouts in Canberra and Sydney.

And that work began to pay off. “In 2018 I was the ring announcer for every bout at the Commonwealth Games on the Gold Coast,” he says.

By this stage, Stephen was also ground announcing at A League matches, the AFC Asian Championships and FIFA Club World Cup.

Recently, he returned from hosting duties at the Club World Cup in the United Arab Emirates, and this year’s FIFA men’s World Cup is clearly a focal point. 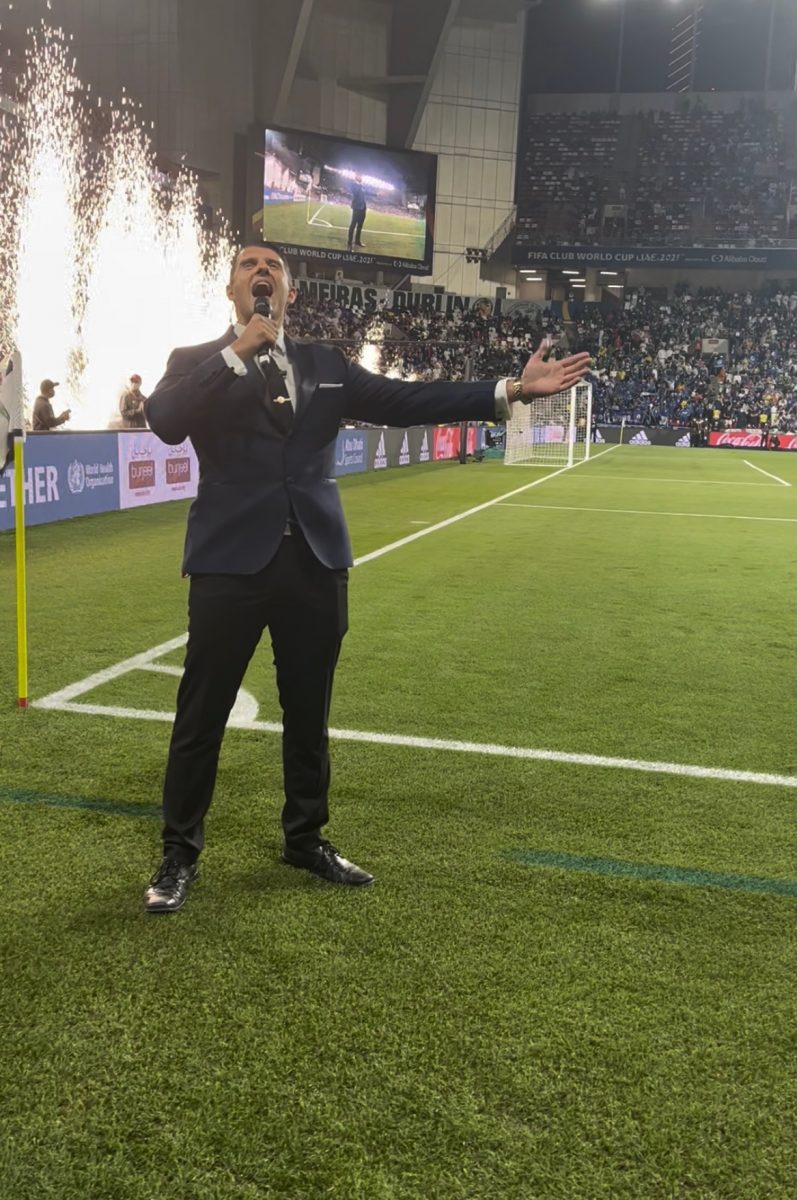 “I loved football from an early age,” Stephen says. “I have great memories of the 1994 World Cup in the US. I’ve supported Arsenal all my life.”

And he hasn’t given up on aspirations of being the next Michael Buffer.

“I’ve done plenty of ring announcing in Australia. My end goal is to announce a bonafide world title fight, that’s my dream.”

There’s no reason to think it won’t happen. At 35, he’s already achieved plenty.

Good luck to him, though I’d be reticent to accept the money given by this regime, given their human rights record.