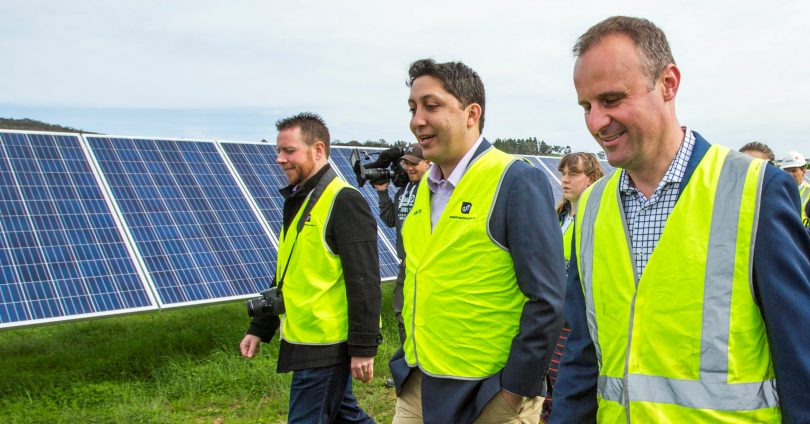 A fossil fuel free superannuation fund that has built an 11,000 strong membership in just four years and now manages more than $300 million worth of investments is a finalist in the ACT Telstra Business Awards, to be announced on 12 July.

Nominated in the new Social Change Maker category, Future Super was Australia’s first 100 per cent fossil fuel free super fund and is the brainchild of social activist Simon Sheikh of GetUp! fame and ethical investment veteran Adam Verwey, who got together after unsuccessful 2013 election runs for the ACT Greens wanted to do something that would make a difference beyond the political process.

Identifying that Australian superannuation funds held more than $2 trillion, they realised that ‘something’ could be a super fund that would drive the clean energy transition through people taking action rather than having to wait for the politicians.

Mr Verwey, who spent a decade at former Canberra-based Australian Ethical Investment, said that within two months of the fund opening in 2014 it had 1,000 members.

He said that at the time there was a huge number of people wanting to move out of fossil fuels who could choose a bank or take other ‘green’ options but when it came to super they had nowhere to go.

“They were just waiting to have Future Super launch to have that one option,” Mr Verwey said.

Raising capital from angel investors and later from Bendigo Bank, which wanted to make a statement about its ethical credentials, Sheikh and Verney built contact lists from the climate change and disinvestment movement and teamed up with investment company Grosvenor Pirie, which already had a master super fund that could provide the infrastructure to set up a small niche fund.

“We created the template for how other super funds could come to market, and there’s been in the past few years probably a dozen or so new super funds that have come out to try and disrupt the superannuation industry, mainly around technology and engagement,” Mr Verney said.

Future Super is now one and has become one of the fastest growing super funds in the country, with investments across solar farms, such as here in the ACT, wind farms and sustainable listed companies.

Mr Verwey said fossil fuel free was the point of difference but Future Super ran a diverse portfolio of ethically based investments.

“The pleasing thing is that the amount of things that an ethical investor can invest in is growing very rapidly. In the ASX 200, about 70 per cent would pass our ethical investment screening. So the world is moving this way as well, which makes it much easier to run a fund like ours and still run a diversified portfolio,” he said.

But members still enjoy returns that over the long term are about the same or a bit better than a mainstream fund.

Mr Verwey said Future Super expected the return to 30 June to be in the top quartile for all balanced funds in its category, with the latest figures on its website showing a 6.61 per cent return after fees for the Super Fund since it started in September 2014.

“Our members have done exceptionally well. Over the four years our return would be in the top half [for all balanced funds in its category],” Mr Verwey said.

“Ethical investors shouldn’t be willing to make a sacrifice to make these investments, they should expect that their portfolio is going to perform just as well as a fund that didn’t screen out unethical investments.”

Future Super is now raising extra capital as it embarks on another period of growth, so it can have an even greater impact.

“What we really want is to build our community much bigger to what it is now. We’d love to have 200,000 members to make a really massive impact on the superannuation industry and show funds that are doing the right thing ethically by their investors and their members can be really successful,” Mr Verwey said.

He welcomed the recognition from the Telstra Business Awards, particularly the new category. 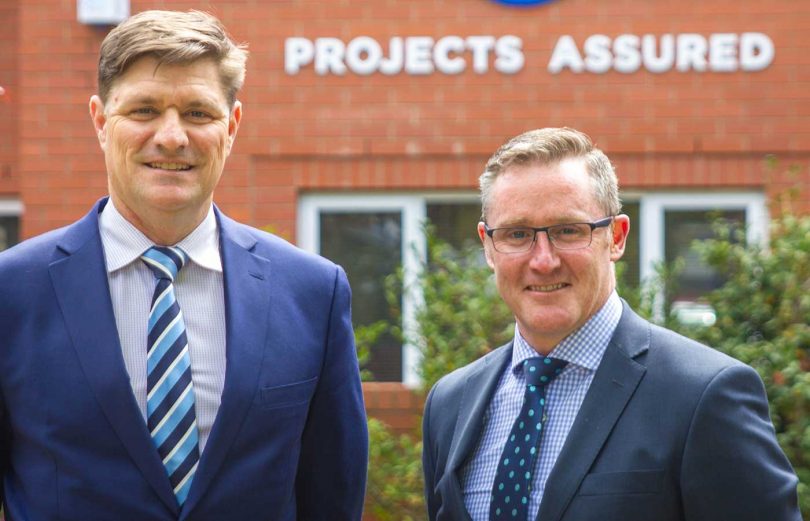 David O’Rourke and Greg Sly from Projects Assured, which is a finalist in the Medium & Making Waves category. The IT management consultancy firm has just been acquired by DWS Group for $43 million.

The Awards are announced on 12 July at a black tie dinner at Gandel Hall at the National Gallery of Australia and include four categories – Emerging & Energised,  Small & Succeeding, Social Change Maker, and Medium & Making Waves.

Meegan Ward - 1 minute ago
Tim Pratten yes I'm sure they are, at the moment the place they are suggesting does kind of look like a prison yard. Here's h... View
Tim Pratten - 8 minutes ago
Most caravan parks are fairly nice these days. View
Ashley Wright - 17 minutes ago
Daniel Howell if you look at the article there is a map. That might answer your question. View
News 126

Daljot Singh - 19 minutes ago
It's good to see people care about us but in all honesty no one discriminating this ruling wears a turban. So you really don'... View
Paul Bonnar - 27 minutes ago
Daljot Singh, mate I’m not having a go at you or the Sikh way of life. I’m simply mentioning that the government are will... View
Daljot Singh - 28 minutes ago
Imants Ezergailis for a bicycle Yes. View
News 13

Lisa Logue - 22 minutes ago
I feel sorry for the staff expected to work outdoors in hazardous air quality. View
News 13

Dony Teller - 25 minutes ago
We just HAD a major fuel load reduction mate (facepalm)... View
Frank Trapani - 35 minutes ago
Steve Hambridge. Why Ask them when we have the environmentalists or the Green?? View
Steve Hambridge - 2 hours ago
Why do we need experts? We can get all of our science from Andrew Bolt and Alan Jones........ View
Opinion 37

Daniel Duncan - 38 minutes ago
Both sides do the same thing. The only way we can get rid of them is to vote them out. View
Frank Trapani - 1 hour ago
Malcolmo Oz. No . What I am saying is; "she has not been charged with anything yet," and until is proven that she's done some... View
Malcolmo Oz - 1 hour ago
Bethany - +1 on the federal ICAC. However, I wouldn't necessarily pin my hopes on a Labor govt delivering one. It seems that... View
News 10

Women’s super, not so super – RSM tackles the gender gap

@The_RiotACT @The_RiotACT
Get ready to eat & drink your way around the world at this year's National Multicultural Festival, which will be headlined by music icon Vanessa Amorosi & former MasterChef winner Adam Liaw https://t.co/h8PWkTS0Jd (53 minutes ago)