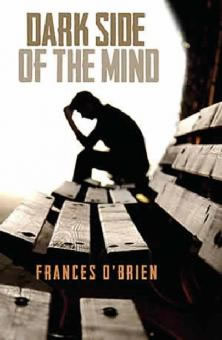 Paoperchain is launching Frances O’Brien’s new book ‘Dark Side of the Mind’ Saturday 5 July at 2.45pm for 3.00pm.

This true story of John, a young schizophrenic man, the eldest of four boys, who grew up in Canberra at the time Walter Burley Griffin was designing the lake, in a happy home where he had fun, got up to mischief with his brothers and was regarded as a promising student.

A trip overseas as a young man when he had followed the ‘love of his life’ resulted in a bout of mental illness and the onset of schizophrenia. At the time he was physically unwell and emotionally devastated with a broken heart after their break-up and he was such a long way from home.

This is as much a story about John’s family as well as John and the setbacks and heartbreak they experienced when dealing with the mental health authorities. It also illustrates police brutality and general lack of understanding in the area of mental illness in the 1960s until John was a forty-year-old man. John’s parents wrote fruitless letters to the authorities and were left with a situation where their son could not be guaranteed appropriate treatment and their minds could never be put at rest about his wellbeing. Despite the hopelessness and sadness there are glimmers of John’s wry sense of humour in this book.

John had several daring adventures and escapes from mental institutions. His parents never knew what difficult and emotionally shattering situations would crop up next.
John’s parents are left wondering whether there has been any more progress in the treatment of the mentally ill, their experience having left them feeling helpless. John can no longer be helped and lives in a ‘world of his own’ and his parents are left bewildered by the attitudes of the authorities and doctors who do not seem to value the input of families into understanding mental illness.

NiCe_tRy I_WoNT_LiE - 35 minutes ago
Anyone who knows bruiser could've told you he would pass the test. Good on ya bruiser !!! View
Chris Pye - 1 hour ago
Yes!!!! There is still some good in the world! Absolutely wrapped for Pauly and Bruiser 👊 View
Sharon Allan - 2 hours ago
Such great news Paul glad bruiser and u will b reunited soon 🐕🥰 View
What's On 1