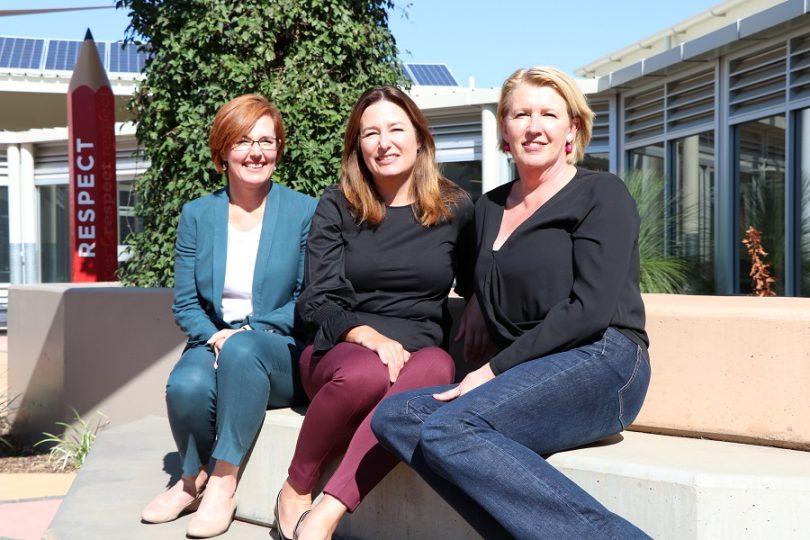 Franklin Early Childhood School will offer Year 3 next year as the first step in a staged expansion to a fully fledged primary school to Year 6 in the booming Gungahlin suburb.

Minister for Education and Early Childhood Development, Yvette Berry, and Member for Yerrabi, Meegan Fitzharris on Thursday announced $2.5 million to start the process, including transportable classrooms to house the current cohort of Year 2 students, who will now be able to stay at the school for the new 2019 Year 3 class and beyond.

The Government will also commit a further $250,000 to commence planning and consultation for growth of the school, which at present caters for Preschool to Year 2 students into a full Preschool to Year 6 school.

The first permanent building is expected to be completed by 2021.

Ms Berry said that when 2019 enrolment applications open on Monday 30 April, the 2019 intake would initially be limited to existing students, but planning was under way for a full-staged expansion that would welcome new students.

Current Year 2 children will be automatically enrolled to continue on at Franklin unless a parent or carer chooses to enroll them at another school online from 30 April at www.education.act.gov.au.

“Successive budgets have significantly invested in schools for our growing city. Gungahlin is one of the fastest growing regions in Australia and today’s announcement builds on more than $270 million in government funding to school infrastructure in Gungahlin over the past decade.

“Over the coming year the Government will be consulting the community about how the expansion can happen in a way that will best retain the great features of the early childhood school model.”

Ms Fitzharris said the expansion was an election commitment and met the desire many parents had expressed for the school to grow to a full P-6 school.

Tolga Altinbas - 2 hours ago
Because one is a roadwork sign. And the other one is always there on the pole View
Wang Chow - 4 hours ago
My guess is that they changed the speed limit in Chisholm/Richardson because its cheaper than putting in more speedbumps that... View
Matthew Windebank - 13 hours ago
That photo explains everything. When works are underway with a reduced speed limit you are supposed to 'bag' or cover the exi... View
News 21

Bill Gemmell - 7 hours ago
Additional well-located transport infrastructure is a plus. However, maybe they should be thinking about covering these with... View
Greg Batten - 10 hours ago
Great idea for both ACT light rail and bus networks. View
Ashley Wright - 11 hours ago
Justin Watson it is, the article has that a bit wrong as the “new” stop is at Sandford Street intersection about 1km away... View
Opinion 9

Martyn O'Connell - 10 hours ago
the 333 bus painted up to look like the XPT View
Katy Did - 12 hours ago
I loved that tram when I worked in Civic View
Karean Vaughan - 13 hours ago
I remember catching it at lunchtime, opposite the School of Music back then. A very convenient way to get to Civic centre . View
Property 11