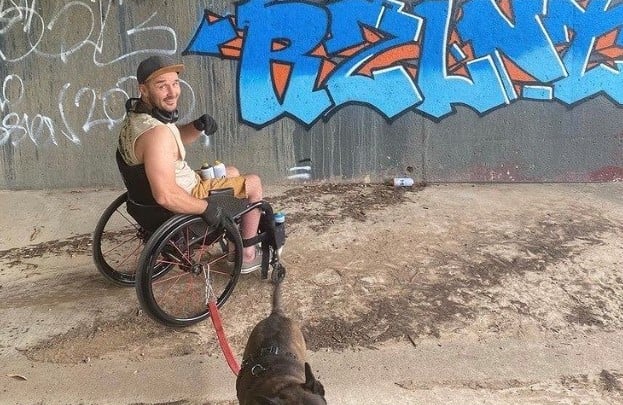 After a freak accident in 2012 left 24-year-old Yass man Jade Roche paralysed from the waist down, he was at a loss for things to do in the regional NSW town.

Jade was used to playing sport all of his life, but wasn’t aware of any sport in Yass for people with a disability, or other hobbies that provided disability access.

Coffs Harbour, on the NSW North Coast, had wheelchair basketball, hand cycling and disabled surfing so Jade decided it was time for a change of scenery.

Shortly after moving to Coffs, Jade met a local graffiti artist who was running a disability arts group and he was invited to learn from the artist’s studio every weekend for six weeks.

Graffiti art changed Jade’s life. He discovered a hobby he enjoyed that was inclusive. In fact, graffiti kept Jade in Coffs Harbour for the next 18 months.

While there are many free walls in the coastal town and in Canberra that allow graffiti artists to legally leave their mark, there were none in Yass. 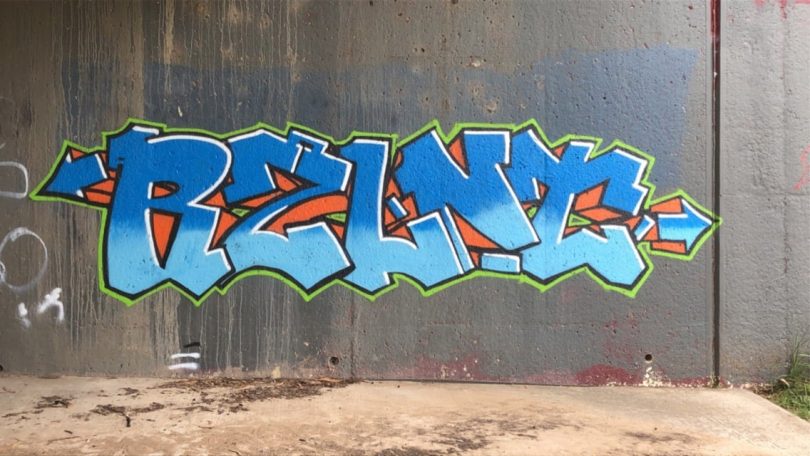 ‘RZLNT’, meaning resilience, is Jade’s trademark tag and a fitting word after a difficult year in 2020. Photo: Supplied.

The graffiti artist approached Yass Valley Council in July 2020 about creating a free graffiti wall under Hume Bridge in Yass. However, the idea was knocked back.

Nevertheless, Jade wasn’t prepared to give up on an initiative that would give many young people a place to call their own in town and a place to come together and be creative. In return, the free wall would also give the community something to enjoy.

Jade even told council that the wall could easily be painted over if there was ever any offensive graffiti.

After twisting the council’s arm to see the site he’d selected, it decided to give the free wall a trial period.

That’s when Jade painted his trademark tag ‘RZLNT’, meaning resilience, as a demonstration of the work the wall could one-day showcase.

Jade came up with the tag when he first started learning graffiti. It’s a fitting choice after his 2012 accident, and the challenging year all Australians experienced in 2020.

The graffiti artist spent six hours on the colourful piece and his commitment paid off, with council agreeing to the free wall in October 2020.

Now everyone is welcome to paint on the wall that’s well placed undercover, protected from the elements, between Yass High School and Yass Public School, and visible from the Riverbank Park walk.

Yass Valley Council’s community planner, Helen Maskell-Knight, said the project is a good example of a community-based initiative that has received support and collaboration from the wider community.

“Mr Roche approached council with the proposal last year and attended council meetings to pitch the project,” she said. “Council staff consulted local police, community groups, council’s Public Art Focus Group and Youth Council about the idea, with all indicating support. This was topped off by members of Yass Fire and Rescue cleaning the wall during the Christmas-New Year break.”

Jade has also raised his hand to teach other kids how to paint graffiti, returning the goodwill of the Coffs Harbour artist several years ago.