LIVING AND WORKING ON THE INTERNATIONAL SPACE STATION: OUR GATEWAY TO THE FUTURE

This public lecture is FREE and all are welcome. However, registration is required and seating is strictly limited. To secure your seat, register at http://aiaasydneysection.eventbrite.com.au/

This event is proudly supported by the Australian National University’s Research School of Physics and Engineering and is held in conjunction with the Centenary of Canberra Celebrations. 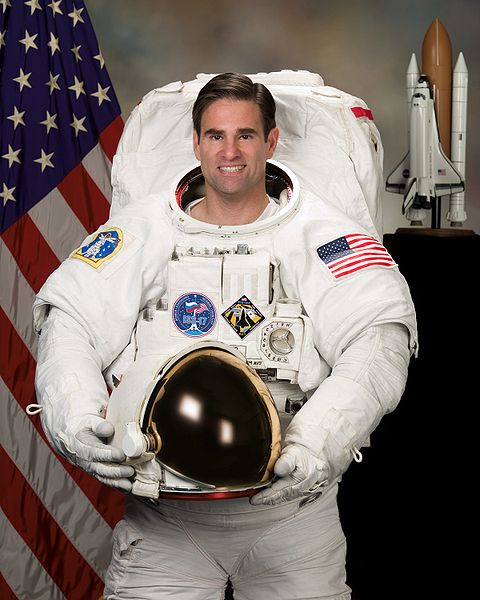 Talk Summary:
As a young boy, Greg Chamitoff was fascinated by the prospect of human beings exploring the beyond the bounds of Earth. He was inspired by the science fiction that made everything seem possible, and by the real-life drama that was unfolding in the space race between the USA and Russia. The technological world of today is the product of a generation of engineers and scientists who were similarly inspired, and grew up with a positive vision for the future and a passion for making it come true. Greg had the good fortune to live out his dreams by living and working in Space on the International Space Station (ISS). For six months, he was the Flight Engineer and Science Officer for Expeditions 17 and 18. More recently he flew on the last mission of Space Shuttle Endeavour, during which the final assembly of the ISS was completed. While the Space Shuttle is now retired, it leaves behind the ISS as its legacy and the gateway to our future. As the most complex engineering project in history, the ISS is a shining example of what human beings can do when working together. It serves as a unique laboratory for a broad range of research and development, and a source of inspiration for the next generation.

Selected by NASA as an Astronaut Candidate in 1998, Greg has worked on Space Station Robotics, served as Lead CAPCOM for ISS Expedition 9, supported the training of ISS Expedition 6 as a Crew Support Astronaut and helped to develop procedures and displays for ISS operations. In 2002, he was a rewmember on the NEEMO-3 Mission (NASA Extreme Environment Mission Operations), living and working on the Aquarius undersea research habitat for 9 days. In 2008, he served as the Flight Engineer and Science Officer for a 6-month mission aboard the International Space Station during Expeditions 17 and 18. He launched to the station on Shuttle Mission STS-124 and returned to Earth on Shuttle Mission STS-126. In 2011, Dr. Chamitoff served as a Mission Specialist on the last flight of Space Shuttle Endeavour, STS-134. During this mission, he performed operations with the Shuttle and Station Robotic Arms, including the installation of a pallet of spare equipment (ELC 3) and a particle physics observatory called the Alpha Magnetic Spectrometer (AMS), which holds great promise for fundamental breakthroughs in our understanding of the Universe. He also performed two spacewalks, the last of which marked the completion of ISS assembly and was the final spacewalk of the Space Shuttle Program. To date, Dr. Chamitoff has logged more than 198 days in space.

Seconded – thanks MWest for the heads up

Resurrect this to say that the talk was most interesting for all ages (had several 10yr olds with me) and thanks for the heads up to the OP. Also, if you spot this guy giving another talk – go to it.

Lisa Greig - 3 minutes ago
Matt Groeneveld I’d hate to have to count them all! View
Community 9

Vicky Cook - 10 minutes ago
Thanks to the people doing this as I'm sure it brings a smile to the faces of those who are finding them. View
Christine Barber - 23 minutes ago
Jerrabomberra View
Emma Gabrielle - 25 minutes ago
Daniel bro can we paint some rocks View
News 8

Alexei Gorbatov - 24 minutes ago
Why we don’t hear that money go to strengthen our hospitals? View
Susanne Levy - 10 hours ago
Hugh Munro our medical treatments and medications are none of anyones business. It is not mandatory . View
Nathan Burraston - 10 hours ago
Hugh Munro yes I had the Astra Zeneca. That's why I want to get on with it. People who have had 18 months of scaremongering s... View
Motoring 1

Ed N Joanne Towner - 39 minutes ago
Had one of these and it was an excellent vehicle and great to drive. View
Food & Wine 12

@The_RiotACT @The_RiotACT
Construction sites and supermarkets in almost a dozen suburbs, as well as a number of public transport routes, have been listed as exposure locations by ACT Health overnight https://t.co/rSgPZcoRvr (19 minutes ago)

@The_RiotACT @The_RiotACT
Stay-at-home orders mean no more car reviews. Or does it? James Coleman goes on a drive for more milk in his Mazda 6 wagon - and don't pull that face! https://t.co/V2VqT7Osv6 (48 minutes ago)