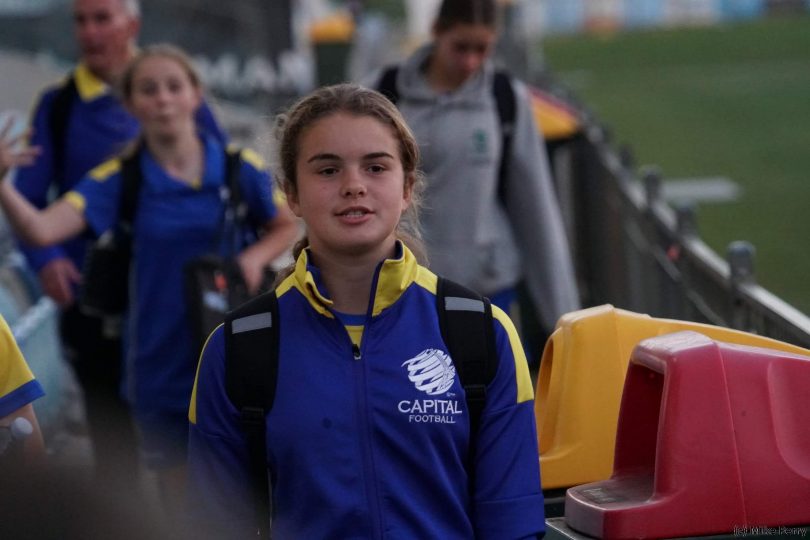 Isabella Hindmarsh in July prior to the ACT match against NT. Photo: Supplied.

Fourteen-year-old Isabella Hindmarsh from rural Braidwood is Capital Football’s NPL Women’s Under 15 Player of the Year.

Isabella started her soccer career with Braidwood Junior Soccer Club and quickly showed how adept she was on the field. 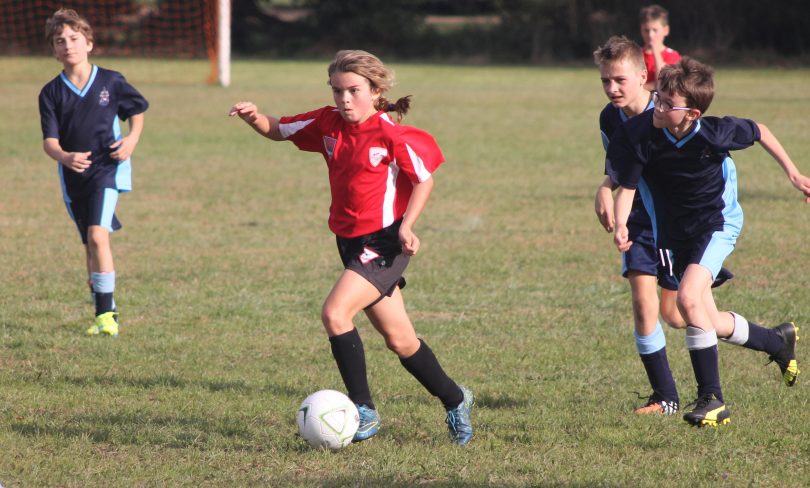 Isabella progressed through to play for Palerang United Football Club, which competes in a larger tournament in the south-east. In 2018 she went on to play for the Monaro Panthers Women’s National Premier League based in Queanbeyan. 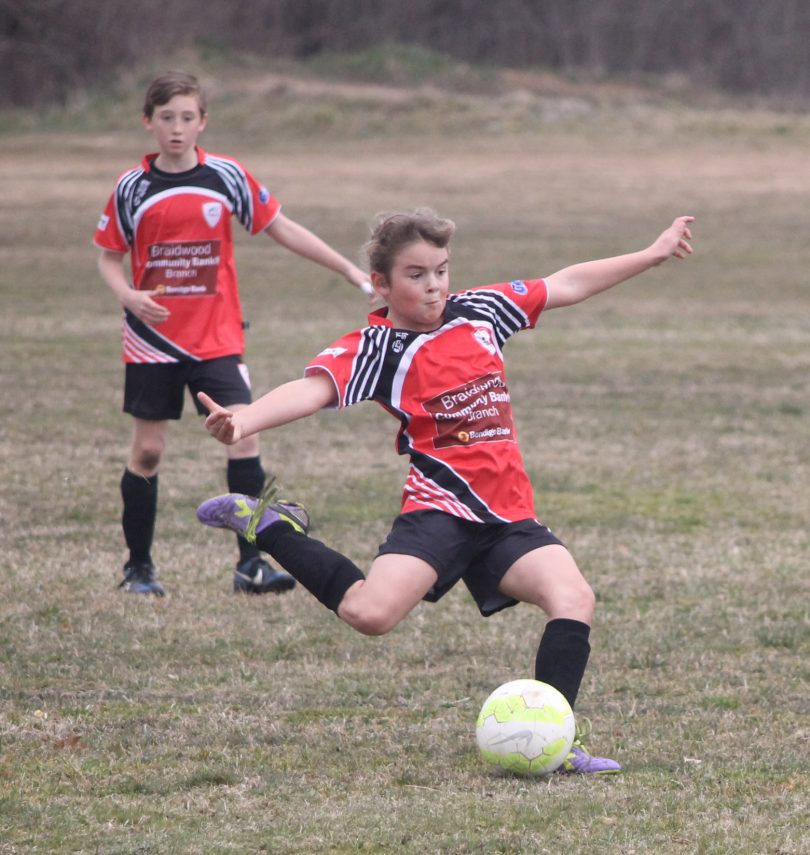 This year has been one of challenges for Isabella as she was nominated by Monaro Panthers, alongside another teammate, to trial for the Under 14’s ACT National Youth Championships held in Coffs Harbour in July.

Over four gruelling trial sessions, each being knock out rounds, she successfully made it through to represent the ACT Under 14’s team. She and her fellow teammates then went through to Coffs Harbour and were successful winners of the Pool B division. 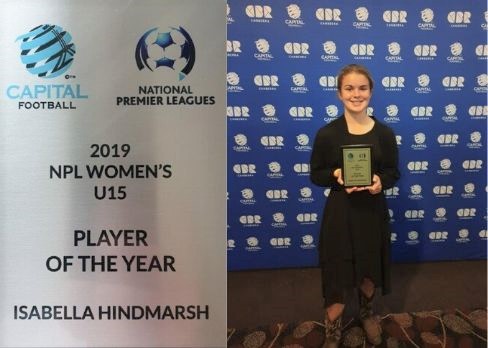 Isabella Hindmarsh accepting the Player of the Year Award on 4 October 2019. Photo: Supplied.

Being presented with the Capital Football 2019 NPL Women’s U15 Player of the year at the Southern Cross Club is the latest feather in her cap.

Isabella’s determination, hard work and passion for soccer has enabled her to achieve these outstanding goals.

“I love soccer because it is challenging and rewarding, but most of all I love being surrounded by other passionate athletes in the industry. My ultimate goal is to represent our country,” she says. 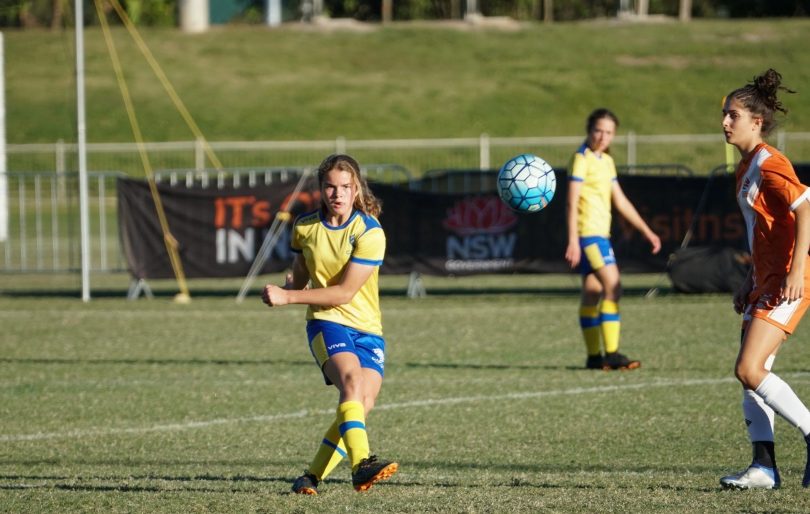 Representing the ACT against NT in July 2019. Photo: Supplied.

Isabella would like to thank the Braidwood Soccer Club and Monaro Panthers, as well the coaches and managers who have supported her throughout this journey.

Izzy is a fantastic player and has a bright future in front of her. Congratulations Izzy on all your achievements this year