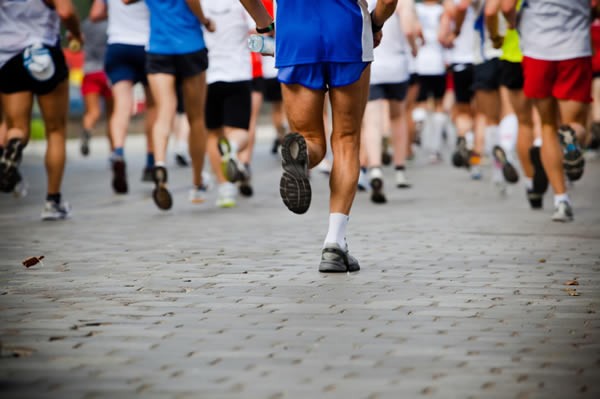 Region Media has learned that the Canberra Times Fun Run may not take place this year. File photo.

There is widespread uncertainty in the running community over the future of one of Canberra’s best loved community events.

For the past 43 years, the Fun Run has been one of Canberra’s most loved community events as people from all walks of life take part. In recent times the Fun Run has been effectively coordinated by Fairfax Events but with The Canberra Times now under new ownership there is considerable doubt within the running community over its future.

Region Media was first alerted to the possibility that the Fun Run may not take place in 2019 by runners who had tried to find out the date for this year’s event. They were directed onto the official website, which only displays the highlights of the 2018 event. For those looking to register early, this is clearly impossible to do.

Avid runners within the Canberra community say they are also in the dark. Region Media has been reliably informed that the YMCA Runners Club was approached about taking over the coordination of the event this year. They are unable to do so because they are already involved in the organisation of the Capital to the Coast event in August.

Furthermore, the ACT Government also says that there is nothing in this year’s calendar claiming a date for the Canberra Times Fun Run.

Omnipresent in this city for as long as most people can remember, the Canberra Times Fun Run has been an iconic community event, characterised by goodwill and inclusivity. The sight of over 4,000 people running or walking along Adelaide Avenue from Philip to Rond Terrace is an image that represents Canberra in a positive light, as a city that is active and involved.

The event has raised funds for many charities in Canberra including the Heart Foundation, and Cure Cancer. Over its 43 years, the fundraising tally for the Fun Run now reaches well into the millions. One of the event’s long-term charity partners, the Heart Foundation, is yet to hear if it will take place at its usual time in September.

Region Media also contacted a number of charities, many of whom expressed concern over the event’s future. In the past, charities had been able to coordinate their fundraising with the Fun Run. Queries made to The Canberra Times are awaiting a response.

Canberra can ill afford to lose events such as the Fun Run, which add vibrancy to the city, encourage physical activity and raise much-needed funds for charity. The hope is of course that if it doesn’t go ahead in 2019 it will be resurrected in 2020.

Is there any update on this? Presumably it’s not going ahead given we’re only a few weeks out...

When this run changed from the 14km run from Woden to the 10km run last year it lost the attraction for me.

Mark Scarborough - you are just way too hardcore Scarbs 🤣

It would be very sad to see the end of this iconic event happening in Canberra. This event has been the goal of many Canberrans who brave the weather like we had today to get out and run! Hopefully someone will jump on board to sponsor this event if the CT backs out.

t2owe - 6 minutes ago
It's not the outdated system that's the problem, its the failure of Planning (ACTPLA) to maintain the mandated rules in the t... View
News 27

HiddenDragon - 49 minutes ago
Difficult to see anything more than token efforts at decentralisation in future, but video conferencing and working from home... View
Food & Wine 27

stargazer - 4 hours ago
I agree. It’s an old fashioned bakery and the fact it’s totally family run is fantastic. They are few and far between now... View
stargazer - 4 hours ago
Stopped in and got my buns today - they were worth the drive! But I Wish I could get them on my side of town! Kids loved them... View
Sonya Curran - 8 hours ago
I'd love to! Have never been! View
News 1

Trish O'Connor - 7 hours ago
is there a phone number to call each morning to check whether the balloons will be flying. View
Food & Wine 1

buttercup - 8 hours ago
Good on you Anna. Fresh ideas, reinventing yourself and your menu as the years roll by, delightful fresh food, and awesome cu... View
Community 17

Emily Vandenberg - 11 hours ago
Luke this looks interesting View
JS9 - 13 hours ago
Yawn. It has been shown time and time again that the overwhelming majority of 'charges' bought against the ABC by in general... View
Community 1

keek - 12 hours ago
Yeah, I'll stick to teaching my kids that the internet is a playground, and nothing said on it is to be taken seriously. This... View
show more show less
*Results are based on activity within last 7 days

Queanbeyan will come alive this weekend with more than 500 vehicles including antique and modified cars, trucks, motorbikes, and caravans...
Opinion 5

Nightmare on Lake Burley Griffin: Get ready to run for your life

Meyer Vandenberg gives back to Canberra’s ‘community of goodness’

@The_RiotACT @The_RiotACT
Braidwood’s beautiful boutiques, eclectic antiques & gorgeous galleries are a shopper’s paradise. We’ve put together some inside info about what you can discover on the treasure trail https://t.co/qDNKXbDda4 (30 minutes ago)

@The_RiotACT @The_RiotACT
Once known for its huge freakshakes, Patissez used lockdown as a chance to reinvent itself and forge an exciting new path https://t.co/vQDR61q0DX (2 hours ago)

@The_RiotACT @The_RiotACT
Looking for the perfectly located family home? Don't go past this four-bedroom property in Higgins - it's ideal for entertaining + ready to move into https://t.co/75M0QEbCnL (3 hours ago)