Functioning As A Machine That Hates U2 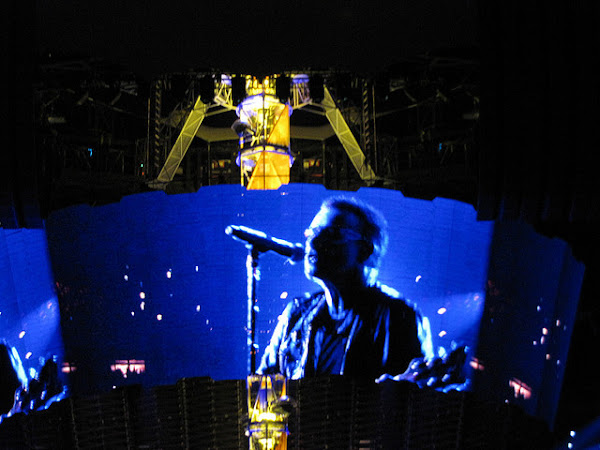 Young local artistes under the leadership of David Finnigan have been hard at work to create a series of audio… audio things.

Things expressing that, for a generation growing up in the twilight of U2’s career, it’s hard to get what the excitement was all about.

In 2010, David Finig obtained a copy of Eamon Dunphy’s UNFORGETTABLE FIRE: THE STORY OF U2 and was so consumed by fury that he was unable to laugh, think or truly know peace for many months thereafter. Reduced to functioning more or less as a machine that hates U2, Finig vented his vitriol by churning out pages and pages of an unperformable script – script with no characters, plot or action – a meditation, if you will – an experiment, perhaps, in what you can get away with. Interpolating huge gluts of found text and crowd-sourced commentary (via Facebook), as well as an entire subplot about the Cardinal Pell Award for students who excel in undergraduate Theology, Functioning As A Machine That Hates U2 is less a playscript than it is a critical mass of fever dreams circa autumn 2011.

Rather than letting this travesty sink like a stone into the depths of his hard drive, however, Finig contacted five very special young groups of theatre-makers. Dividing up the script (if you can call it that) into five parts, each group was given the task of performing it – somehow – as a radio play. The five sections, when completed, were returned and reassembled (by Nickamc’s magic hands) into a 12-part audio miniseries, available for free download. Free! (Yes, free – do you remember when that was a good thing? When you used to get excited at the thought of things being free?)

Warning, the language can be a little ripe.

[Photo by massygo CC BY]

Hate is such a harsh word.

Intense dislike would be closer to the mark.

To hate U2 would be to hate my teenage years and I’m way too old for that!

1. I doubt you hate U2 as much as I do. 2. And yet, there’s a simple honesty to the refrain ‘I still haven’t found what I’m looking for’ that gets me every time.

Read U2 the early years by Bill Graham. I hate U2 but I still get it in a way.

I think this more or less captures the essence of the project – do you mind if I quote you on the website? Thank you, sir!

Sure. Anything to warn to others.

I think this more or less captures the essence of the project – do you mind if I quote you on the website? Thank you, sir!

I never recommended reading it!

Just think of what he could achieve if he channelled his U2 hating energies towards more positive pursuits — like hating ute driving hoons, or developers.

I Like Their Old Stuff Better Than Their New Stuff.

They became what they started out raging against, that’s their big problem. That, and they’re bloated and boring.

I like U2. I also don’t understand extreme anti-U2 sentiments. There are plenty of bands/acts that I don’t like. I choose not to listen to them. It’s pretty simple.

U2 are like lots of other superbands. Their early stuff that won them fans is great, but over time they get tired and a bit boring.

I love U2, the over production, and how every album sounds the same!

Somewhat embarrassingly a late night facebook chat of mine has ended up in there. Just call me a u2 apologist.

Charlie Karmenu Flask - 6 minutes ago
If it walks like a duck, quacks like a duck...it's a duck!!! View
David Jackson - 2 hours ago
This is what happens when the loonies are running the asylum! Seriously it’s a correctional centre or prison. What a waste... View
Mark Huppert - 2 hours ago
If elected, the Libs will still have to operate prisons, maintain roads, pay police, maintain hospitals etc etc. Plus they wa... View
Lifestyle 39

Phạm Quới-Chi - 1 hour ago
We spotted not just one , but three black cockatoos in Isabella Plains 😍 View
David Ironside - 4 hours ago
Tracey Ironside yes there a few around Fadden recently View
Sandy Gibbs - 5 hours ago
Kathy Little Suzy Obsivac these are the ones we saw on our walk today. Timely article!... View
Property 40

Jp Romano - 2 hours ago
Margaret Welsh move somewhere backwards. Apartments are the future. View
Margaret Welsh - 5 hours ago
Yes, and I'm not a Liberal voter these days. I hate the number of apartments. When we downsize we'll be moving out of the ACT... View
watto23 - 8 hours ago
So why can't the liberals provide a solution to this problem. They are very good at pointing out everything Labor does wrong,... View
Opinion 1

@The_RiotACT @The_RiotACT
Claims of light rail contract mismanagement, disappointment for football fans & Soviet-style security cameras are just some of the featured stories in this week's RiotACT newsletter https://t.co/zoDivBOaVB (39 minutes ago)