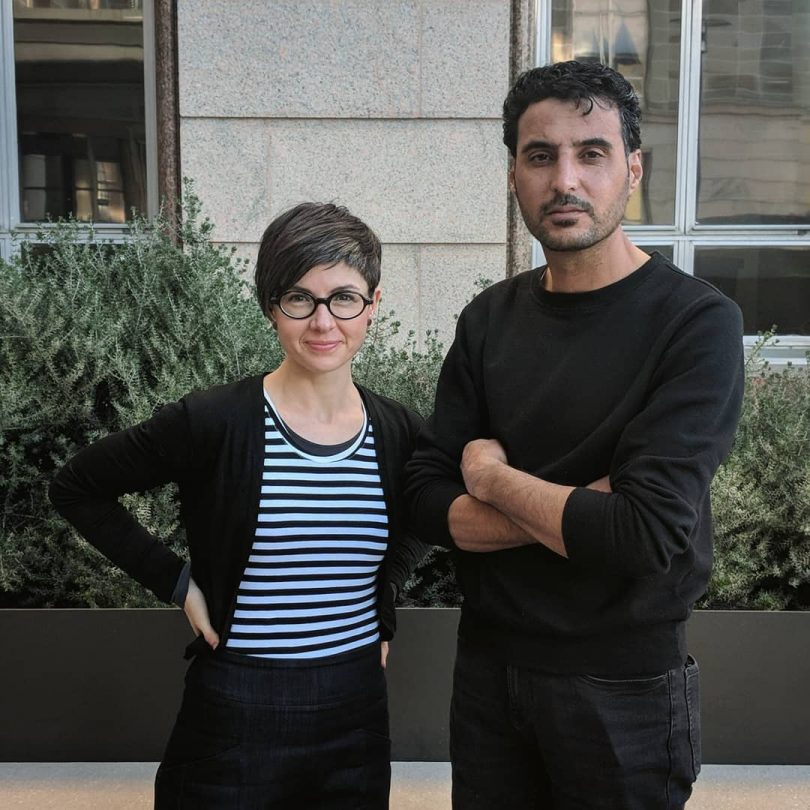 Polly Hemming and Syrian refugee Iyad, who is hoping to bring his family to Australia. Photos: Supplied.

Polly Hemming freely admits that her campaign to reunite a family of Syrian refugees started as white middle-class guilt.

“I was so disillusioned with the erosion of human rights in the world, and I recognised I had a propensity to disengage with it all and stop reading the news,” she says. “One day, I thought to myself that was a bit of a cop-out. If you disengage, you are part of the problem.”

Now, she’s spearheading a fundraising effort that’s bringing together some of Canberra’s brightest musical talents to reunite a family torn apart by war. The likes of poet and rapper Omar Musa, Voice Australia grand finalist Lucy Sugerman and the Cashews are banding together for a fundraiser on October 5 to give the family a future.

Polly was already a volunteer with Canberra Refugee Support and through their network became aware of Iyad’s plight. He was struggling to reunite with his wife and five children who remain trapped in Syria.

Iyad has been recognised as a refugee and lives in Australia with a permanent protection visa. That means he has all the rights of a resident, including access to partner and dependent visas for his family.

He came to Australia to escape persecution, including imprisonment and potential death, for refusing compulsory service in the Syrian Army.

“Iyad objected to the idea that the Army would be deployed against his fellow Syrian citizens, and that made it unsafe for him to live in his own country,” Polly explains. 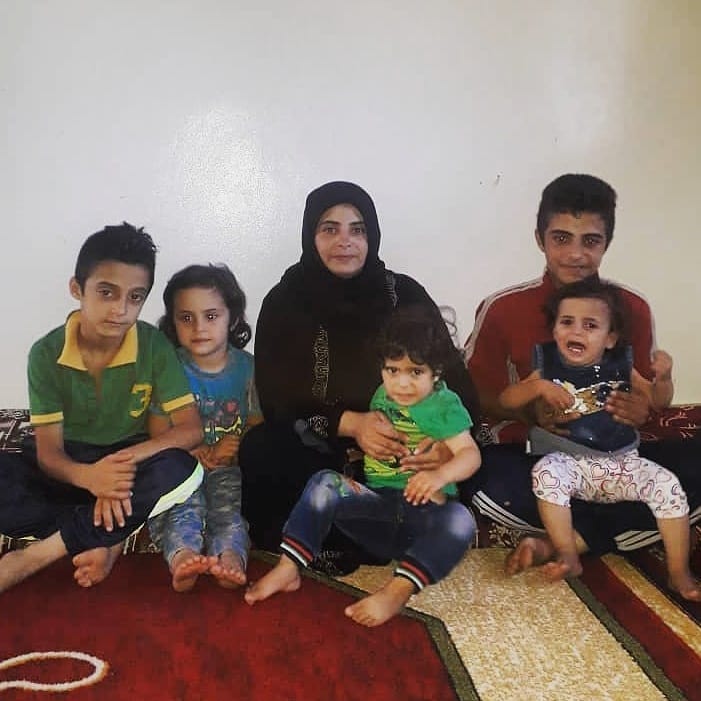 Iyad’s wife and family are on the move in Syria, attempting to escape civil war and persecution.

His wife and children remain on the move in Syria in order to stay safe in the civil war and to avoid persecution as the family of a conscientious objector. The children are aged between 18 months and 13 years, and Iyad has never seen the youngest who was born after he fled. One child carries shrapnel wounds from the conflict.

However, the costs are huge for the visas to which his family is entitled: around $7500 for his wife and $2000 for each child. That hurdle has been overcome with a successful crowdfunding campaign that netted the visa funds. Now, Polly says, she aims to meet airfares and initial support costs for the family.

“We hear a lot about the fight for asylum seekers to come here, but not much about what happens to them after they arrive,” she says. “So many refugees live in cars, don’t have support networks, or exist on a minimum wage.

“Iyad is experiencing that. It was impossible for him to raise $18,000 to reunite his family. But if you then add the costs of flights, the expenses in setting up home when they are here, it’s a huge challenge to face.”

Polly first met Iyad at Companion House, the Canberra community organisation that assists victims of war and trauma. She speaks to him through an interpreter and now communicates with his family via Google translate – not ideal for complex messages about visa negotiations.

Iyad can only talk with his family directly once a week or so because communications with Syria are so poor.

“He was beside himself and the family back in Syria were close to destitute,” Polly says. “They had pretty much given up, so this is a lifeline for them all. I have been inundated with messages from her and him – they are overwhelmed by our support.”

Members of the Canberra comedy and music communities have banded together for a fundraiser for the family, to be held at Smith’s Alternative on October 5 from 3:00 pm. With more than a nod to the lack of ongoing assistance for refugees, the event’s titled Fine, we’ll do it ourselves.

Chris Endrey will be master of ceremonies for the afternoon. The line-up of comedians and musicians includes Anthony Tomic and Maddy Weeks. A silent auction will also be held, with donations from Andrew Weldon, David Pope, Judy Horacek, First Dog on the Moon, Omar Musa, author Dan O’Malley, Richard Denniss from The Australia Institute, Karen Middleton and local artists.

Tickets for Fine, we’ll do it ourselves are available from Smith’s Alternative for $25 ($20 concession).

Such a great way to make a life changing difference to a family without even needing to get on a plane.

Good on you Polly

I can’t spare $$ from my donations to Australian drought relief, but best of luck in this endeavour!