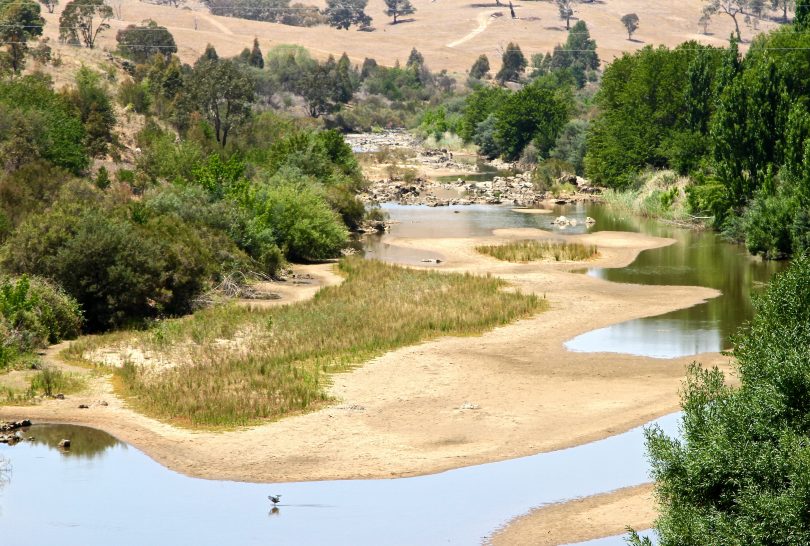 A fundraising campaign has been established through the GoFundMe crowdfunding platform to assist the family of a father and daughter who drowned on the weekend.

“On December 19, Kirsty’s family was struck by an unimaginable tragedy when her husband and daughter both drowned in the Murrumbidgee River at Tharwa during a family swimming trip”, the page says.

Police told media that they were called to the Tharwa Sandwash near Paddys River at about 2:20 pm on Saturday after the 48-year-old man’s other daughter called for assistance.

The Sandwash is a large mound of sand banked up behind a rock in the middle of the Murrumbidgee River with a shallow warmer stretch of water to one side and a colder deeper current on the other side, which swimmers say deepens quickly.

Police, ambulance and fire rescue crews were called to the popular swimming spot when the father and daughter were seen to be in danger.

Police first recovered the 48-year-old man from the water and commenced CPR. ACT Ambulance then took over from police but efforts to revive the man were unsuccessful.

“It appears as though the daughter had struggled with some swimming, the father has gone in to assist, and unfortunately both have been unable to get themselves to the shore,” Detective Acting Inspector Simon Coady told media.

“There was another family member, another daughter, present and she’s the one who called for assistance from police.”

The children’s mother was not present at the time and police have not released the family’s names. A report is being prepared for the Coroner.

Remaining family members have been devastated by the sudden deaths just before Christmas and the GoFundMe campaign has requested assistance for them with funeral costs and support for the family.

“Kirsty’s colleagues know her as a generous and caring person who has worked hard for the community on causes that were close to her family’s heart. She has supported many others personally and professionally and now we’d like to extend that helping hand to her at a time of need,” the post said.

Funds raised will be administered by accounting firm RSM.

ACT Policing have reminded Canberrans to take care when swimming and to watch out for each other when in and near the water during the holiday season.

bj_ACT - 22 minutes ago
That’s a really interesting read A nony mous. We deserve to know more research and analysis. Many of the Oaks and Cedars of... View
A Nonny Mouse - 4 hours ago
The Local Government Association of South Australia commissioned an 'Independent Inquiry into Management of Trees on Public L... View
bj_ACT - 5 hours ago
I’d certainly like to see some peer reviewed stats on the tree falls in Canberra. I noticed on radio last week the TCCS exe... View
News 10

@the_riotact @The_RiotACT
ACT Senior Australian of the Year and 50-year volunteer with @stjohnaustralia Valmai Dempsey wants mandatory #first-aid training for learner #drivers. She says it's a no-brainer https://t.co/Xovhw0Ec3H (54 minutes ago)