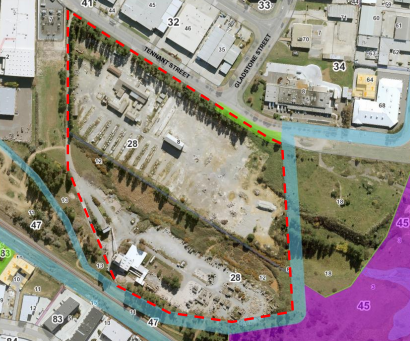 Wood burning and power generation have been dumped from the second, and much bigger, waste processing and recycling hub proposed for Fyshwick.

Sydney-based construction products supplier and recycler Hi-Quality Group wants to build an Integrated Resource Recovery Facility at a 10-hectare site in Tennant Street near Domayne. The facility would process 1.1 million tonnes of waste a year, and its proponents are conducting a second round of consultation ahead of submitting an environmental impact study (EIS).

It had planned to burn 31,000 tonnes of clean wood waste a year, using the heat to generate electricity to power the facility and supply the grid, much like Capital Recycling Solutions’ original proposal for Ipswich Street.

CRS eventually dropped the plan after concerns from inner south residents about emissions and air quality. Its revised EIS is still being assessed and is yet to be handed to the Planning Minister, Mick Gentleman.

Inner South Canberra Community Council chair Marea Fatseas quizzed a company official during the first of three online sessions on Saturday. The official said the timber burning component, detailed in its scoping document, would no longer be part of its draft EIS.

The facility would also include a concrete pre-cast plant, a landscaped yard and a maintenance workshop.

Hi-Quality says the facility will increase the resource recovery ability of the ACT region and manufacture products from recyclable materials such as those used in road-making.

Ms Fatseas said the community would be relieved that the wood-burning option was off the table, especially after a bushfire season in which the issue of particulates had been heightened.

”We don’t want to be in a situation where our residents are facing potentially toxic particulates because of these permanent facilities,” she said. 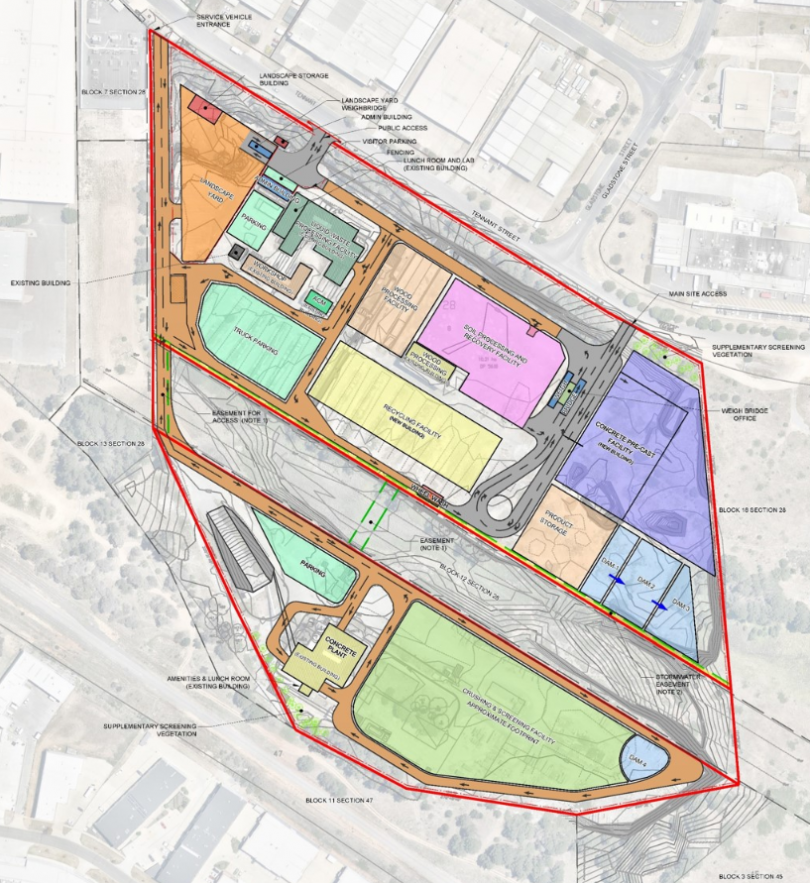 A diagram of the proposed facility in Fyshwick.

Ms Fatseas said the community could still face health issues from on-site fires due to the amount of flammable material that would be stockpiled. The company said this would be addressed in the EIS.

But many questions remained about both proposals and the future direction of Fyshwick, Ms Fatseas said.

She said there were concerns the ACT would become a dumping ground for interstate waste, given the combined capacity of the CRS and Hi-Quality proposals was almost 1.5 million tonnes, far more than the entire ACT waste stream of a million tonnes, only a quarter of which went to landfill.

”Will they be taking business from existing players and introducing more competition?” Ms Fatseas asked. “I just don’t understand their business model unless they’re bringing a lot of stuff from outside.”

She said there was a danger that once the plants were established they would need to be continually fed to remain viable, with waste materials sourced from interstate.

Ms Fatseas is also worried about the possible effects on Fyshwick, which is mainly a bulky retail centre and has been attracting new, low-impact businesses to the area.

”It’s that question about the whole future of Fyshwick, given it’s the second-biggest economy in the ACT, and whether a heavy, more industrial direction is compatible with the other vision for that area,” she said.

Ms Fatseas said the government should be taking a more holistic approach to the two proposals and looking at the cumulative impact on the area, especially if there is planning for residential development in nearby East Lake.

She said it also came down to whether the community could trust Hi-Quality to fully meet environmental requirements in the ACT, particularly when it had a record of fines imposed by the NSW EPA for breaching regulations in that state.

The company said this would be addressed in the EIS.

”If we’re going to have players in this area we really need to know that the health impacts are going to be addressed and we’re not going to have toxic fires on a regular basis and that we’ve got players that have a good environmental record,” Ms Fatseas said.

The council would be pushing for an independent health study into both proposals.

Hi-Quality’s remaining online consultation session is set down for 12:00 pm to 2:00 pm on Thursday, 14 May. For details visit Hi-Quality Fyshwick.

Go where there’s less risk to human health and safety. There is the massive Broadacre corridor stretching from the Federal Highway to Hume available for future industrial use. The flat land along the Monaro Highway between Symonston and Hume is not for residential. Why impact on the economy of Fyshwick? We have five industrial suburbs. High Qual owns a landfill at Windellama. Waste generated in the ACT will not incur the NSW landfill levy. High Qual will undercut existing ACT recycling facilities as well as truck in regional waste. Fyshwick is light industrial. Major waste facilities are not.

In spite of proximity to the rail line, this proposal looks as if it would add considerably to the already heavy road traffic in that area – that issue would need to be addressed, as well.

More broadly though, if Canberra wants to be seen as a regional centre for our part of NSW (which seems to be bi-partisan policy in the Assembly), not just a nice little island, we have to accept that there will be further pluses and minuses to go with that, including hosting industries which we might prefer to shunt off elsewhere.

There’s also the point that the federal and ACT government stimulus money will eventually run out, and we will need opportunities for the people whose old jobs won’t be coming back, even after most of the restrictions have been lifted.

This may be the best integrated recycling ever. Who knows? But we do know Fyshwick is renewing into a place to go for services and large retail and a broad range of products. Businesses in Fyshwick contribute some $2.3billion every year to the ACT economy (pre-corona virus). It is not in the broader public interest to locate major waste facilities which are polluting industries better located near Mugga dump or at the recycling area at Hume identified in the Waste Feasibility call to industry. There is considerable flat land away from a river and urban area in the broadacre corridor more suitable for a PEF industry.

Fyshwick has become an inner suburb, and this is not suitable to put in an inner suburb. Fyshwick has so much potential that this could ruin and set that potential back many years. There is potential to place future housing around Fyshwick; in Symonston and other areas. Placing this industry here, could set back the surrounding potential as well.

Processes undertaken at waste facilities have higher fire risks than for other industries and can result in greater frequency and severity of fires. This has already been evidenced at both scrap metal recycling operations at Ipswich St and at the adjacent suburb of Beard where houses in Queanbeyan had to close down and residents stay inside while stockpiles of waste burned last January.The Ipswich St waste site has needed ESA assistance 8 times since 2014.

So seeing as we have bugger all actual industrial land and you’re suggesting that even the small amount that we do have shouldn’t be used, where would you put it?

Or do you think that we don’t need employment areas like this that can drive investment into our city beyond the traditionally relied on service industries?

Can we solely rely on those houses you speak of? Oh and more cafes?