Get to know your Cavalry: Q&A with Kyle Perkins 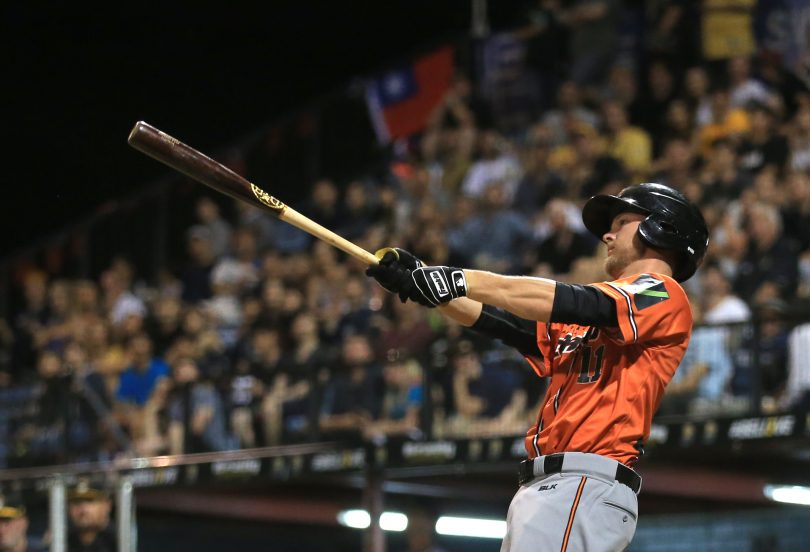 Kyle Perkins in action during the first round clash between the Brisbane Bandits vs Canberra Cavalry last season. Photo: SMPIMAGES.COM/ABL MEDIA.

Canberra Cavalry catcher and local product Kyle Perkins has seen it all since he first walked into the Canberra Cavalry change rooms eight years ago. He has experienced the highs of holding the Claxton Shield aloft in 2013 and the lows of suffering heartbreaking Championship series losses. With the new season fast approaching, RiotACT caught up with one the Cavalry’s favourite sons and found out what makes the 27-year-old tick.

Looking back, what is one piece of advice you would give to an 18-year-old you?

The game is bigger than one person, so take in as much information as you can at a young age. I think if I had taken in more information as a younger player, I would be in my current position a few years earlier instead of sitting back and waiting for it to happen.

How do you like to spend your spare time?

I like getting out into the outdoors, either going for a run or a bike ride. I am always on the go. 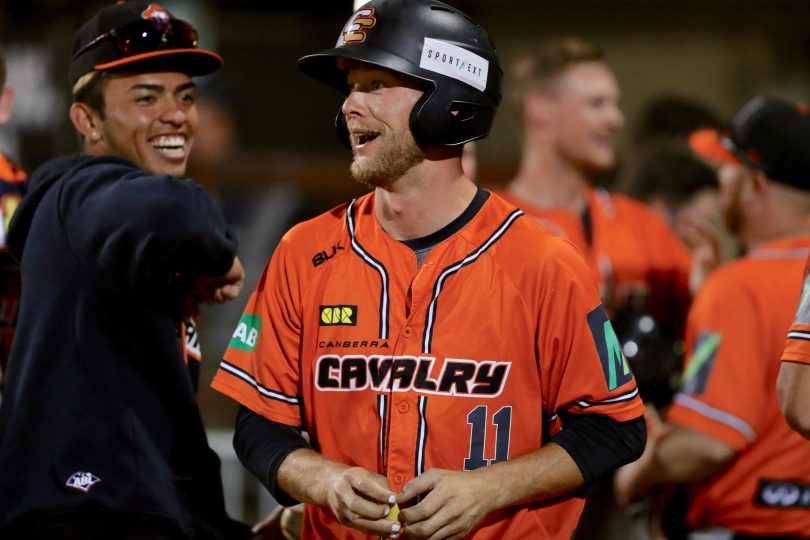 My partner would definitely say snoring.

What do you think is a successful season for the Cavalry in 2018-19?

We always want to win the Claxton Shield and it’s the goal at the start of every season and that’s what we strive for. The little motto that we have come up with this year is ‘Defend the Capital’, so I think success for us would be to go undefeated at home, which would be phenomenal. No other team has done that before so I think if we take that motto to heart and we defend the capital and don’t lose a game here, it will put us in a position to play finals. Winning at home is always important for me and the team because we want to play our best in front of our fans.

What is it like playing with your younger brother Robbie?

Like all brothers, we have our niggles here and there and one of us thinks we are right and the other tends to disagree. But other than that, its a great opportunity to play with him. Its one of those things that not everyone gets to experience so it’s really nice to play alongside him. 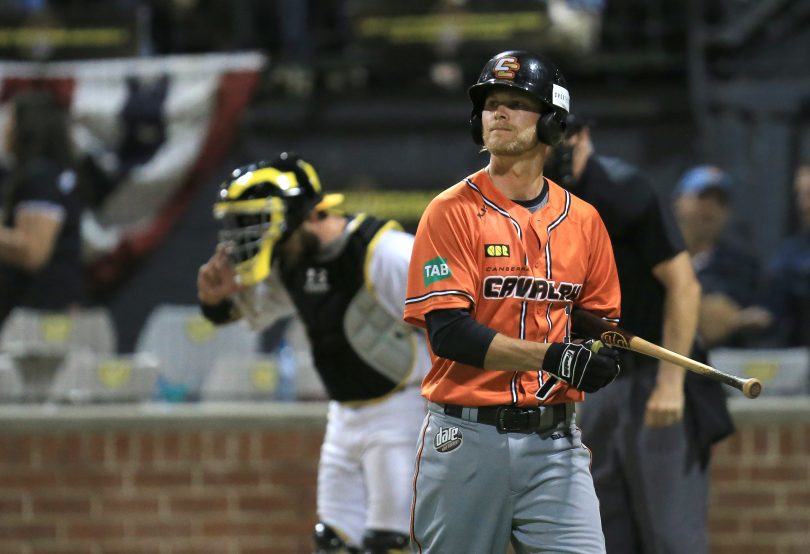 Kyle Perkins in action during the first round clash between the Brisbane Bandits vs Canberra Cavalry last season. Photo: SMPIMAGES.COM/ABL MEDIA.

Are you a morning or evening person?

Definitely a morning person. My gym sessions start at 6 am.

Which teammate spends the most time in front of the mirror before the game?

Last season, it has got to be Lee Mills. He loves to do his hair.

My Mum has got to be there, she has been my rock for everything. The second person would be my Grandmother, who is unfortunately no longer with us, so it would be lovely to just have one more dinner with her. The third person would be someone who I looked up to as a kid, Iván Rodríguez or commonly known as Pudge Rodríguez. In my opinion, he is one of the best catchers of all time. I would love to have him come for dinner.