Get to know your Cavalry: Q&A with Steve Kent 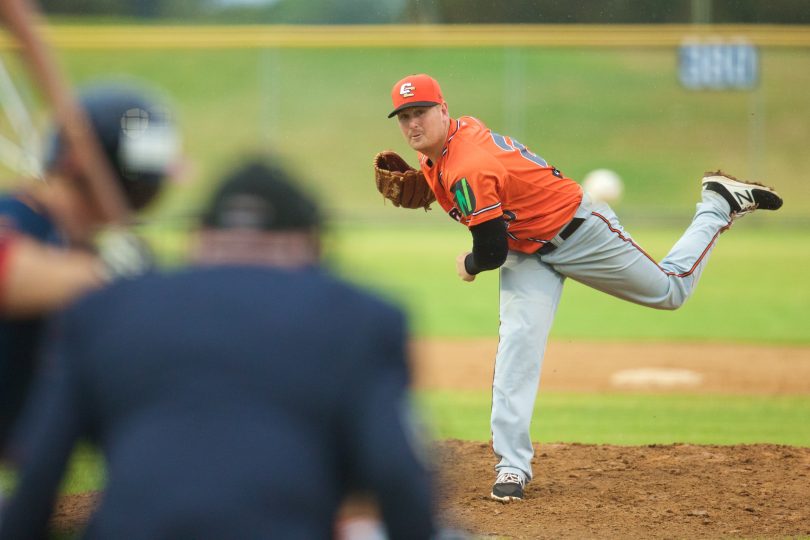 In the first of our ‘get to know your Cavalry’ series we spoke to Cavalry original and firm fan favourite Steve Kent. A Canberra native, Steve is currently signed to Major League Baseball (MLB) side Atlanta Braves but has returned every summer to don the orange for his beloved Cavalry. So without further ado, let’s get to know Steve Kent.

When did you start playing baseball?

I started played t-ball with the Ainslie Bears here in Canberra when I was four. Ainslie is still the club team I play with today!

I can’t go past winning the ABL Championship in the 2012/13 season as my favourite Cavalry memory. It was such a good feeling to win a championship in front of my friends and family at the field I grew up playing on.

Who is the best player you’ve played with here in Canberra?

This is a tough one. There have been a few guys who have gone on to have great careers in MLB over in America, like Didi Gregorious and Kevin Keirmaier, however there have been other guys who have played here that have had better seasons in the ABL than those guys.

The best season I have ever seen a Cavalry player put together was Adam Buschini back in 2012/13, he was a huge reason we went on to win the championship. Jay Baum who is with us this year also has a chance to put together a pretty historic season with how he has been playing so far!

Toughest opponent?
I would have to say the toughest team over my career would be the Perth Heat, they have had such a good team for so long and a great core group of Australian players. I always have to be at my best to beat them.

As far as individuals go, Tim Kennelly from Perth and Trent D’Antonio from Sydney would have to be my toughest opponents. I can never seem to get either of those guys out!

Best roommate on away trips?
I’ve always been pretty lucky on this one but I’m going to go slightly outside the box. The best roommate I have on away trips is my wife when she is able to come along. She’s much better to look at than any of the guys on the team!

My most embarrassing moment would be during an All-Star game a couple years ago when I was running out to the mound and I tripped and fell over and rolled up onto the mound!

I’ve had a lot of great mentors over the years. I don’t know if I can single one piece of advice out as the best I’ve gotten. But all the veteran players around me when I first started playing at a high level would be what I value the most because they taught me how to be a professional and all the things that go along with it.

Movie that you’ve seen the most?

The movie I’ve seen the most would have to be Kindergarten Cop. I remember coming home from preschool and wanting to watch it every single day. And now with having kids of my own I have had to watch it a few more times!

How far can the Cavalry go this year?

I really do believe we have a team that is capable of winning the ABL this year. We just had a rough series over in Perth where we lost three games but sometimes over the course of the year you have series like that. We’ll just ensure we stay prepared to go out there and give ourselves the best chance to win every night.

We enjoyed watching several Cavalry games last year. We were enjoying watching the playoffs on YouTube, but the experience was ruined by the offensive saturation advertisting for online gambling. It caused us to lose interest entirely in the local sport. I can’t think of anything worse for any sporting code than to promote gambling to fans of any age. But the gambling corporations know their target demographic for sport is largely young people. If the ABL ever announces that they’ve stopped promoting gambling, we’ll come back. But they probably prefer the easy corporate money over community ethics.