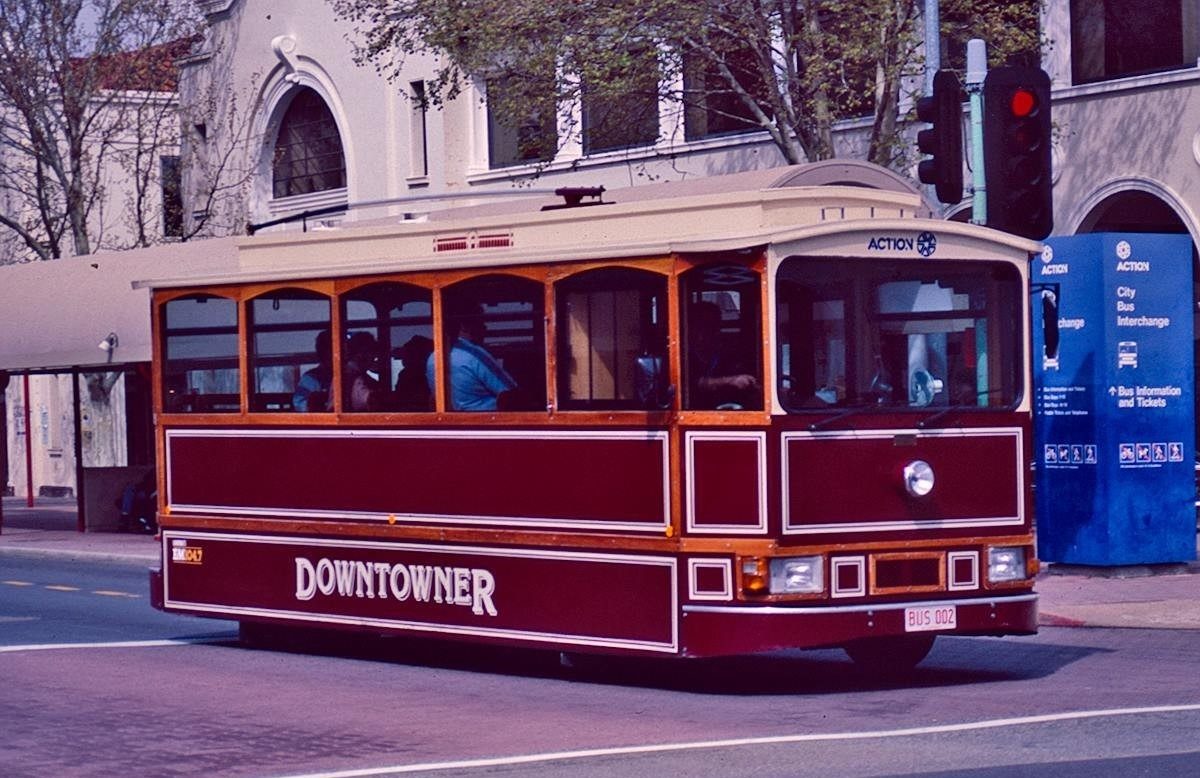 The Downtowner Tram was a free shuttle service that ceased operation in 1998. Photo: ACT Bus.

Many of Canberra’s commuters might be bracing for traffic chaos as construction on the next stage of light rail begins, but more than 30 years ago another “tram” was going around Civic.

The Downtowner was introduced in December 1991 by ACTION (now Transport Canberra) as a free shuttle service between the major touchpoints of the city.

It wasn’t so much a tram as a small bus built on the chassis of a Mitsubishi Fuso light truck, but ‘Downtowner Truck’ didn’t have quite the same ring to it. Besides, ACTION went on to complement its maroon-and-buff-coloured custom bodywork and timber windowsills with replica trolley poles.

Mike Wadsworth was general manager at ACTION from 1989 to 1994. He says not only did it look like a tram, “we couldn’t really think of anything else to call it”.

READ ALSO You can give us a tram across the lake but don’t cut our buses or increase travel time: Parton

“For something of its size, we couldn’t find a bus chassis at the time,” Mike explains.

“ACTION had just graduated from the old Leyland buses to the Renault Mack buses and they were all designed for more than 40 passengers. The truck chassis was used because we only wanted to carry 25.”

There were two of the “trams” at first, followed by a third less than four months later, all running every 10 minutes between 9 am and 4:30 pm in a circular route linking the east and west of the city. The Downtowner took on the route number of 301, the same used by the City Loop bus service in the 1970s.

Even the shelters along the regular stops on London Circuit, Allara Street, Alinga Street, Bunda Street and Marcus Clarke Street were painted the same dark maroon colour as the trams. 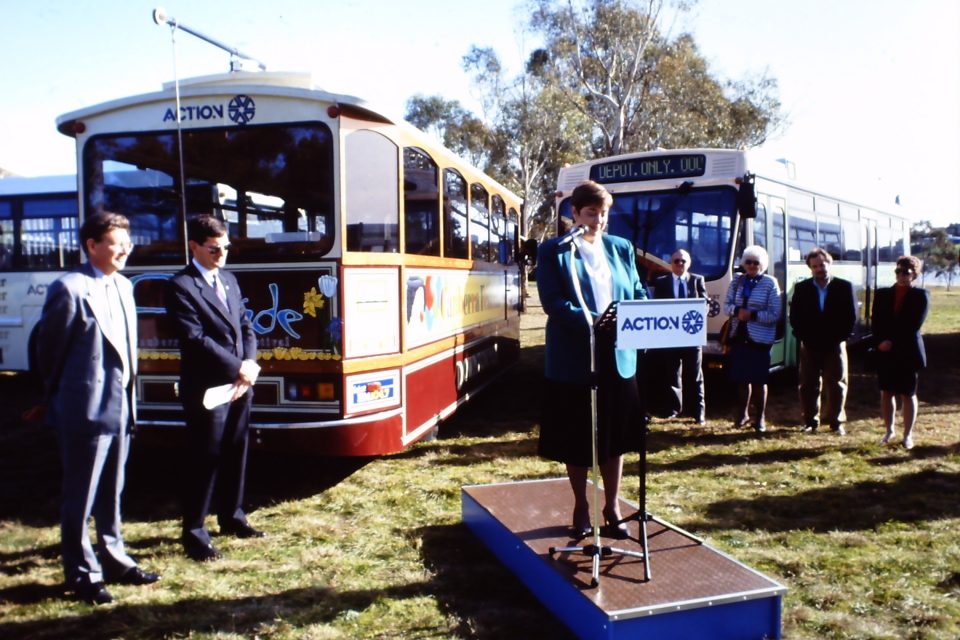 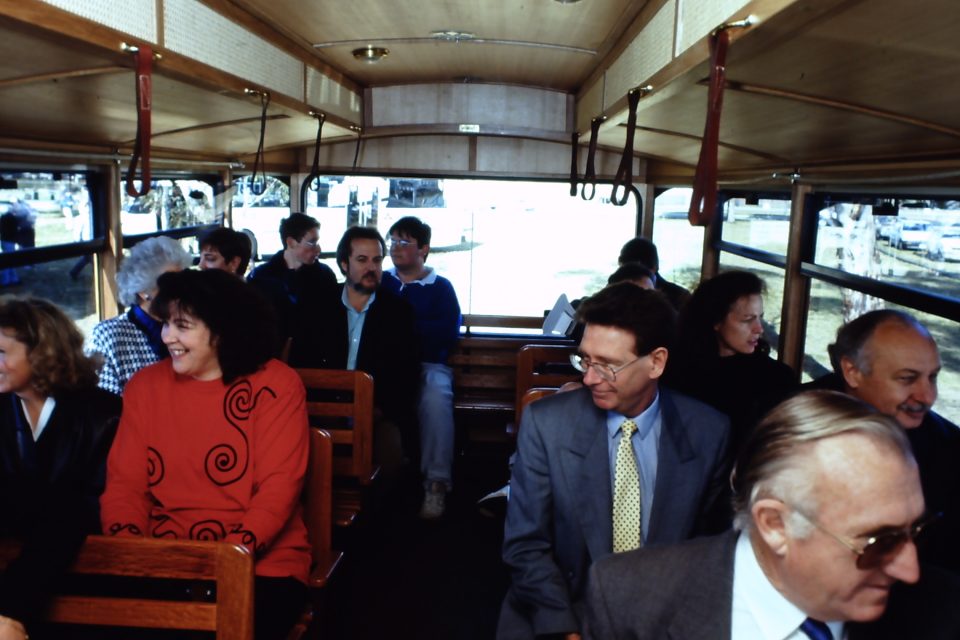 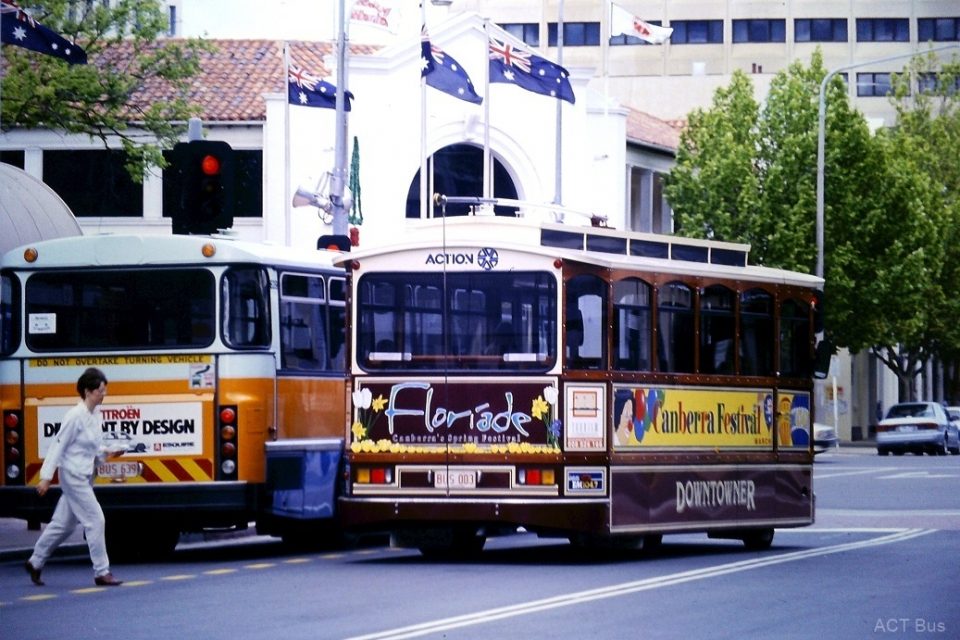 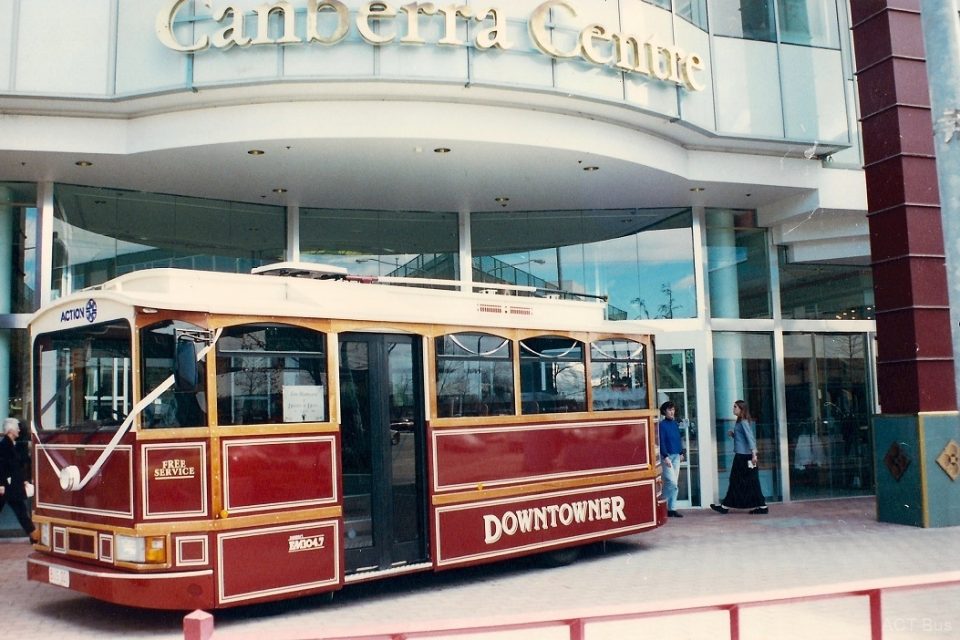 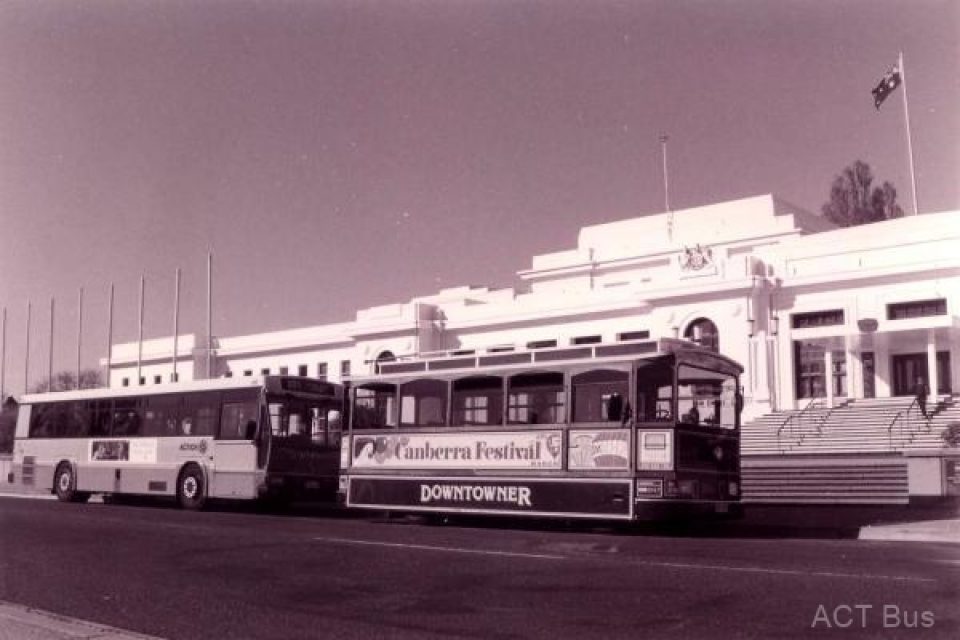 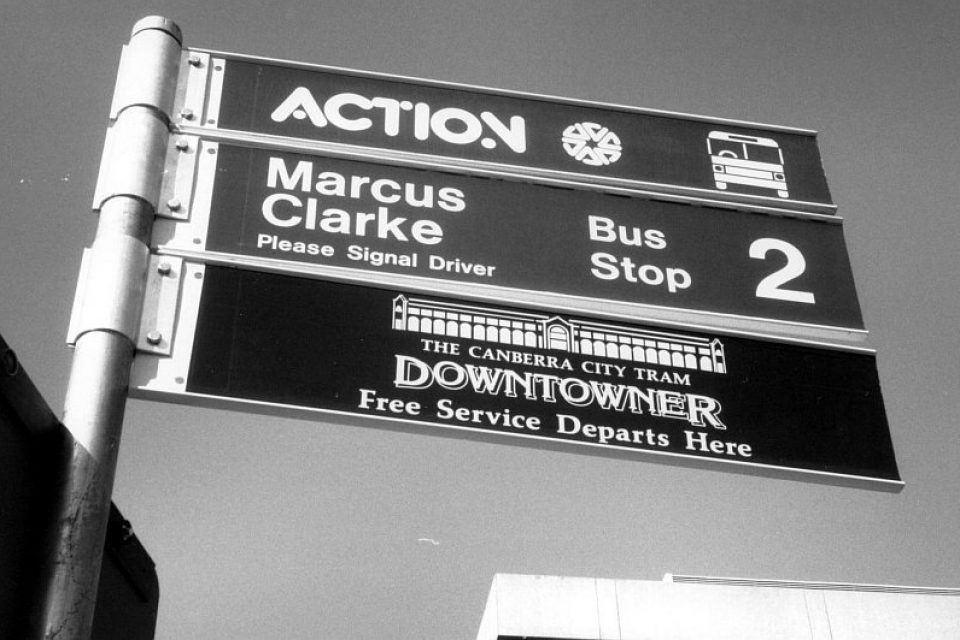 Mike says the Downtowner was a very popular service, with great benefits for shoppers and office workers as well as tourists, especially during Floriade.

“The concept of free transport was still quite foreign in those days.”

Within days of the service beginning, ACTION even received enquiries about hiring the trams for special events such as formals and wedding parties. It wasn’t unusual to see one decked out in white ribbons.

“I just loved it – it made crossing the city easy and fun,” Susan, who remembers those days, says.

“It was a blessing being pregnant and getting from one side of Civic to the other,” Margie recalls.

“Ah yes, for those of us working at the ANU end of town, it made a lunch-hour dash to the heart of Civic possible,” Pamela says.

“The days of providing a service.”

But there’s no such thing as a free lunch, and it was the same with the Downtowner. ACTION offset the costs by opening the trams up to local companies for sponsorship.

The first company to advertise was local law firm, Snedden Hall & Gallop, on Bus 001. The PSE Credit Union and FM 104.7 also came on board as sponsors for the other trams.

Richard Faulks was a partner in Snedden Hall & Gallop at the time, and recalls how the decision to invest in the fledgling trams turned out to be one of their best marketing moves.

“The tram became known as the ‘Snedden Hall & Gallop bus’, so it was pretty effective at building our brand and profile,” he says.

“It was a very popular service, particularly among workers who wanted to go uptown for lunch. They could just jump on this free service with regular stops.” 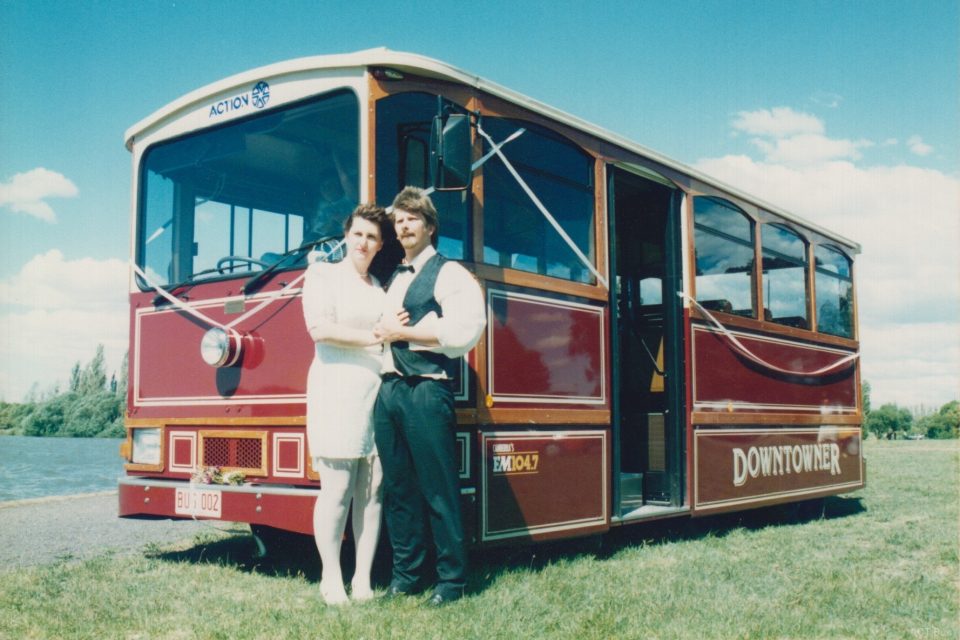 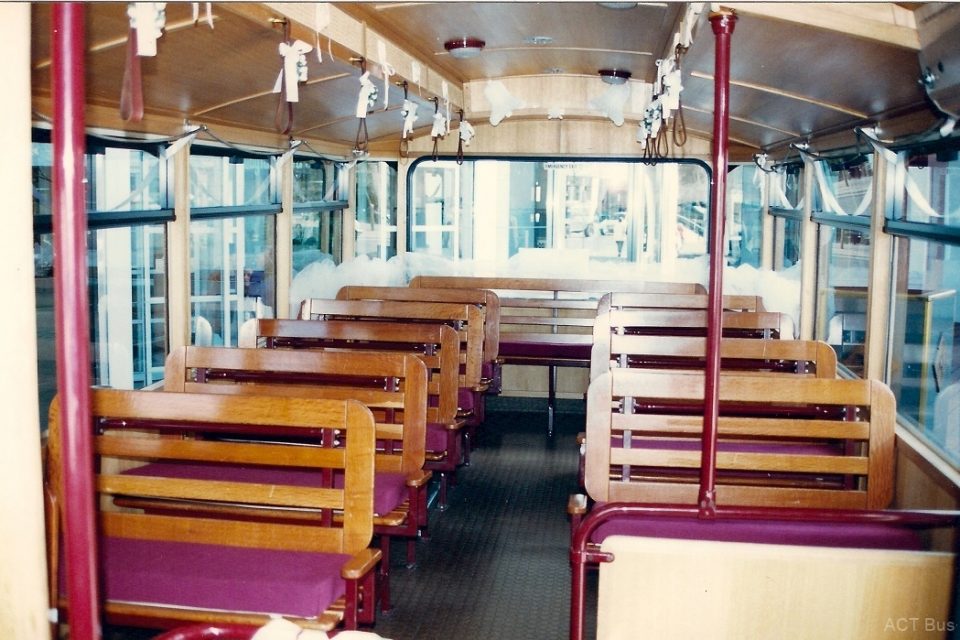 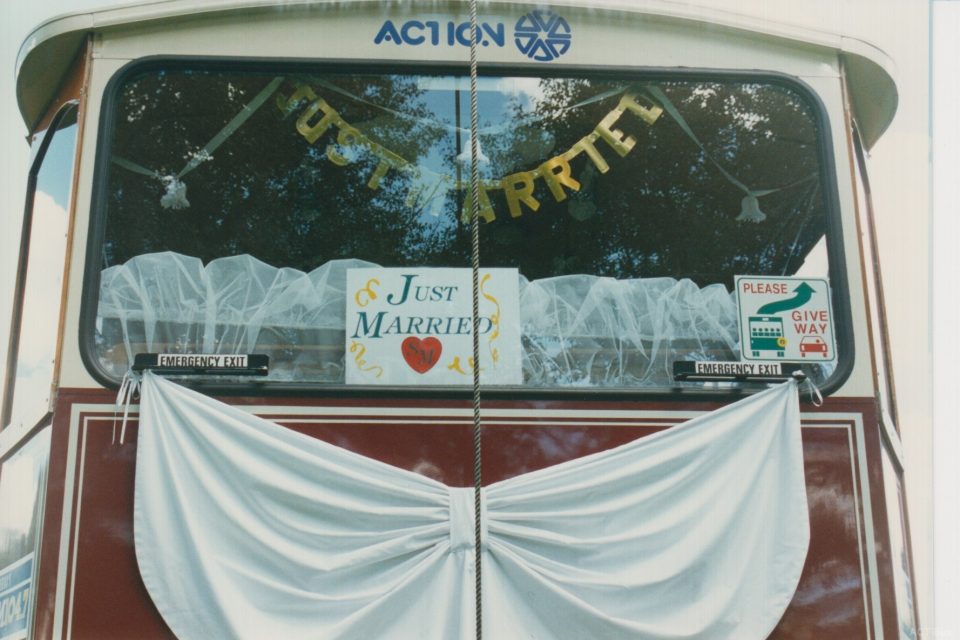 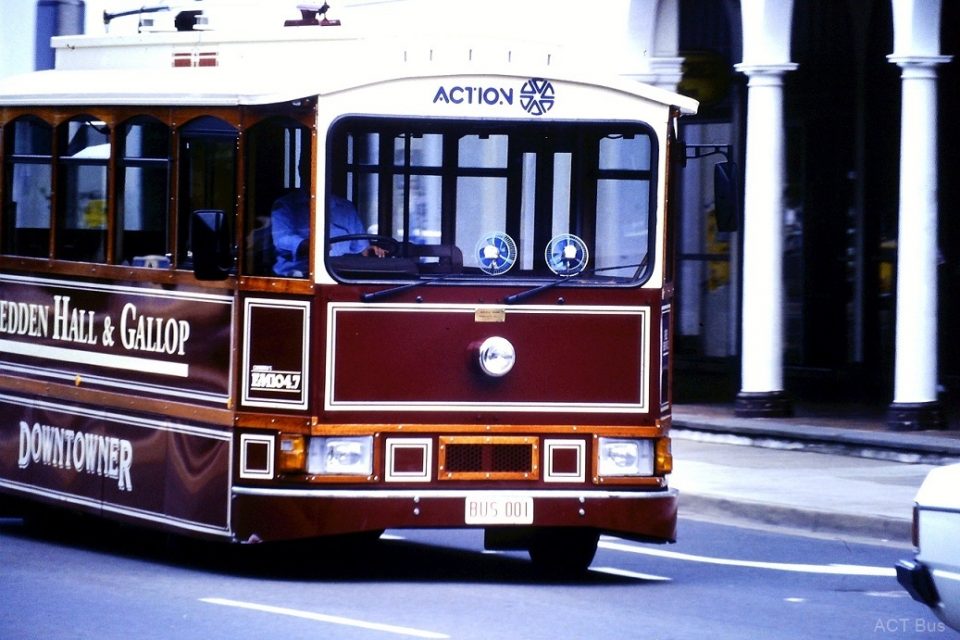 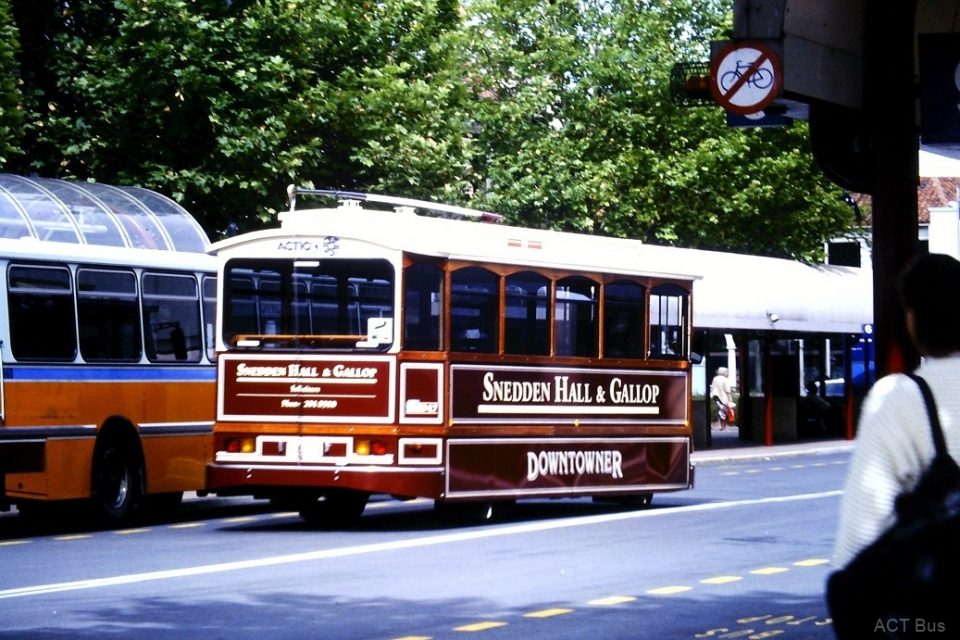 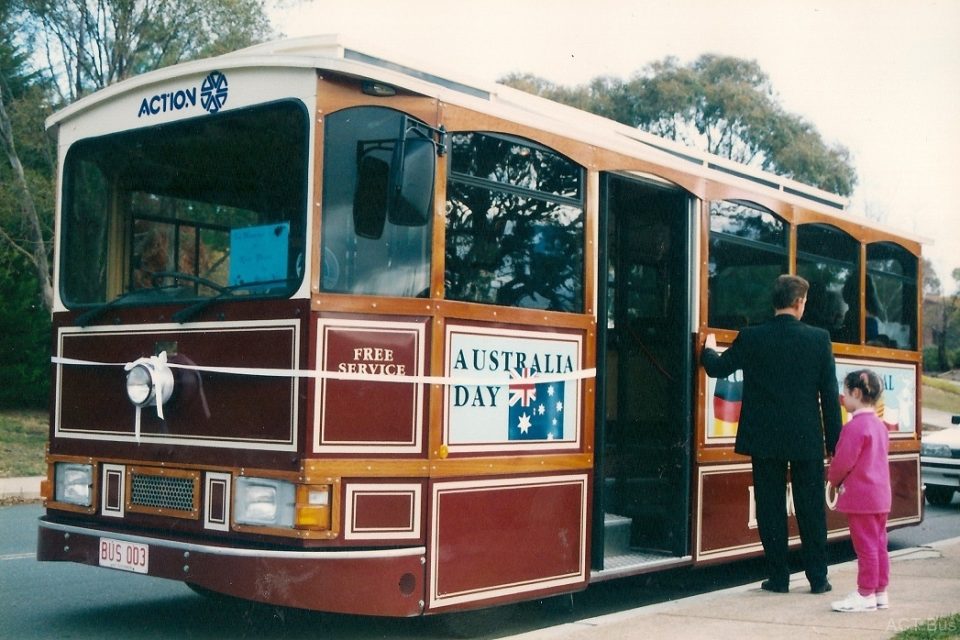 To top it off, Richard describes the trams as “beautifully fitted-out inside”.

The interior panels were famously crafted from polished Tasmanian oak, set off by antique-style dome lights on the roof and pull-cords that ran along the windows to a small brass bell at the front of the cabin.

By the end of the decade, however, the Downtowner had become a victim of its own success.

Mike explains that standard buses were able to accommodate more passengers along the same routes, so the service ground to a halt in 1998.

“It was discontinued without much complaint.”

The three trams were bought by Mountainlink in Katoomba in July of that year. From here, they went on to work for the Blue Mountains Bus Company and CDC Group NSW, before being deregistered in February 2015. Their whereabouts now are unknown.

But remember this when you board the new Stage 2A light rail system in circa 2026: you aren’t really the first.

Ah, the good ole days of Canberra when life was better and people were so much nicer.
Now it’s just a horrible big mess.

Haas, the lesson is that things change, its just more costly when you need to put down rails.
The rail line from Queanbeyan ran into Braddon back in the day but it was ripped out, just as this rail will be.

The current rail, the government wants to remove to put in apartments.

I remember it well and catching it every lunch time to go down town.

Just back from Perth where they have four different routes of free buses around the CBD. Fantastic.