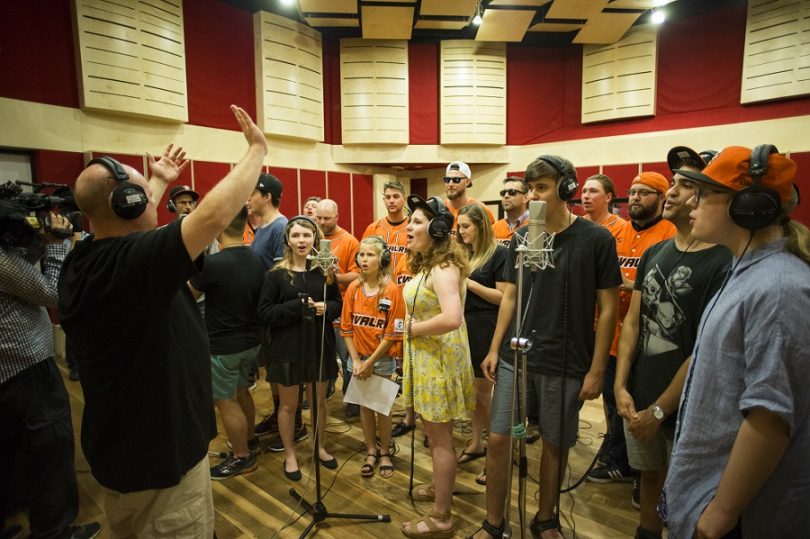 The Canberra Cavalry will charge into the new year in style with the release of their new club song. “Go Cavs Go!” is an upbeat tune composed to perfectly complement the summer months.

The track was recorded at the ANU School of Music and features the vocal talents of local artists Robbie Rosen and Kay Ansah.

The song will make its debut at the Fort next Friday when the Cavalry host Adelaide but you can get some practice in now by downloading the song right here.

The first 500 downloads will also come with a ticket to the single release party at Fridays game at Narrabundah so get cracking Canberra!

Check out The RiotACT Live feed showcasing a ‘behind the scenes’ of the recording.

Behind the scenes and up close and personal with the crew that started the Canberra Cavalry GO CAVS GO song.