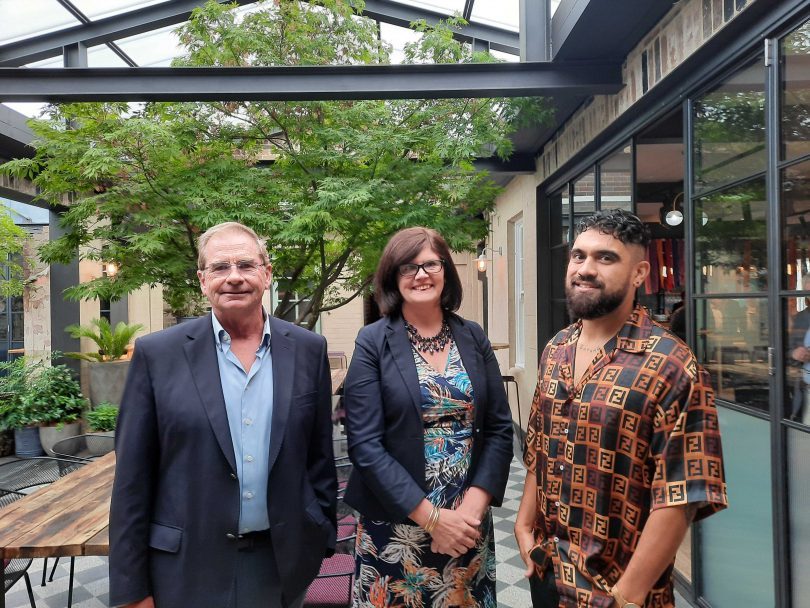 The good folk of Queanbeyan are already pitching that this weekend’s re-imagined National Folk Festival in the town won’t be a one-off.

The barrage of businesses and community getting behind the Good Folk festival will mean Queanbeyan may continue to play a part in the event that was cancelled last year.

The town’s camping ground is booked out as hotels, pubs and cafes come alive with performances, some of which are free, for two days on 3-4 April.

Local performers such as author, poet and rapper Omar Musa and singer Kim Yang will mix with the likes of opening act Kristabelle and The Southern Jubilee Ringers who have their own mix of 1930s-50s western music with a banjo, an occasional prairie yodel and some passionate high-spirited yippy-ki-yays.

Mr Musa, whose poignant social commentary presents insights into the many corners of Queanbeyan and Australia, said he was excited at the prospect of performing again in his home town.

”What I love about Queanbeyan is that it has a sense of community,” he said.

“These events are only going to bolster that so to be able to do stuff that I usually do interstate or overseas that’s about Queanbeyan in Queanbeyan is a really cool feeling,” he said. 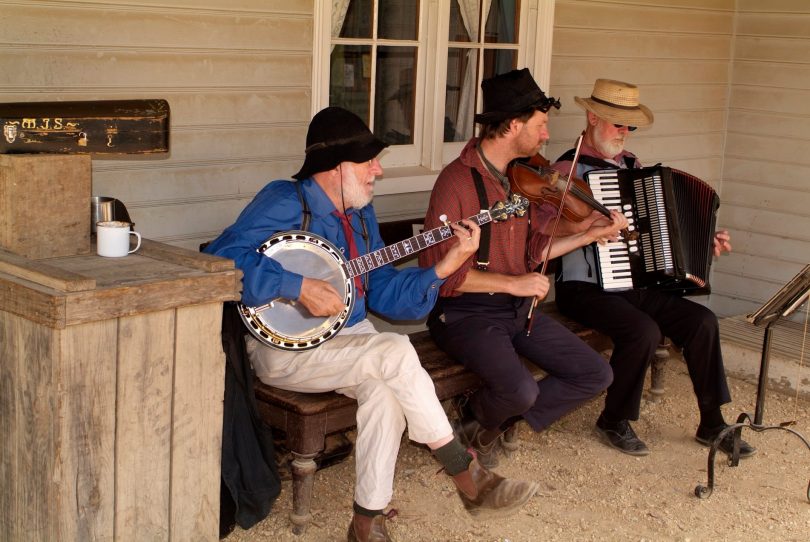 This weekend’s Good Folk features 22 concerts including street performances like this trio in Queanbeyan. Photo: Supplied.

Publican at Queanbeyan’s Royal Hotel Anthony McDonald said the Good Folk festival was an amazing opportunity for the town and hoped it wouldn’t be the last time the event was held there.

“We’ll have three performers each day as well as stalls out the front of the hotel,” Mr McDonald said.

“It’s great to see so much local support for the event.”

“It’s been a tough gig trying to keep people seated so we’re really happy that people can actually get up and dance.”

Campbell and George is another venue to support the event with free folk music sessions on Saturday and Sunday, including a pop-up wine bar, damper and stew and merchandise from performers.

Manager Andrew Hunter said he jumped at the opportunity to be involved after opening the social club just before the bushfires hit in December 2019.

“It has been a rough 12 months for us, but Queanbeyan has really embraced the venue and I’m very confident lots of people will get behind the festival this weekend,” Mr Hunter said.

“From the phone calls and inquiries I’ve been receiving, it’s looking great. I know the campground is already booked out and most of the hotels in town are busy too.”

An upbeat National Folk Festival managing director Helen Roben said the stage was set for a fabulous weekend of music, that would also be a big economic driver for not just Queanbeyan but the region.

The COVID-safe event will be blessed by warm and sunny autumn weather.

Ms Roben reminded Canberrans that they will need to download the Service NSW app to check into venues.