Goulburn and Braidwood youths return from the trek of a lifetime 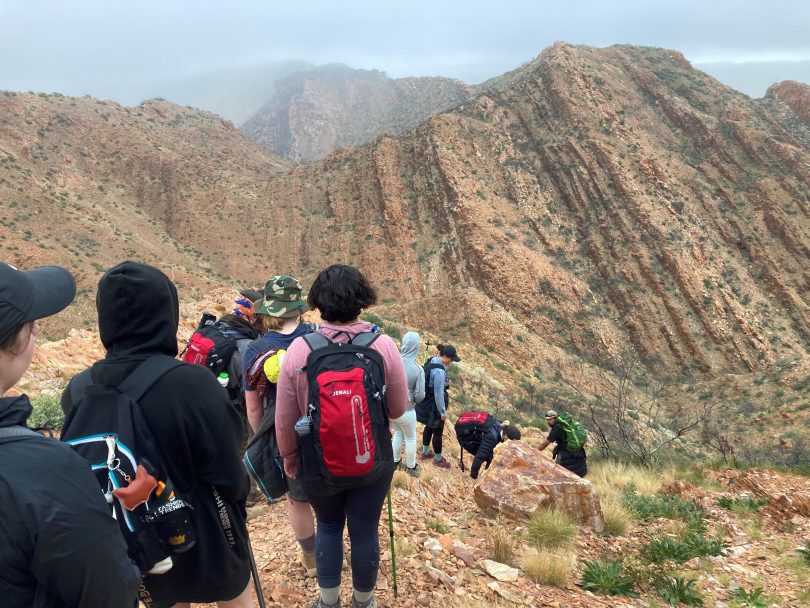 Young people from Goulburn and Braidwood recently completed a trek of the Larapinta Trail in the Northern Territory. Photo: Goulburn Mulwaree Council.

After more than a year of preparation and training, young people from Goulburn and Braidwood have recently returned from the Northern Territory after completing the Larapinta Trail.

The Larapinta Youth Mentoring program has been lauded as a resounding success which taught participants both mental and physical resilience throughout.

The group, which comprised eight young people from Goulburn and 11 from Braidwood, embarked on a 90km trek across difficult terrain which they were able to complete in five days.

In the 12 months prior, the group trained twice a week and undertook fundraising activities.

Goulburn Mulwaree Council youth services coordinator Luke Wallace said he is extremely proud of all the young people who participated in the program, and that the experience will leave a lasting impact on the 19 young people who undertook the walk.

“They represented the community with respect and honour, and being able to watch them grow and truly embrace the experience was an absolute privilege,” he said.

Along with the physical challenge, the trek enabled participants to learn new things about themselves.

“For some participants, this included self-healing from past events and the ability to focus on the direction they would like to move their life in the future,” said Mr Wallace. 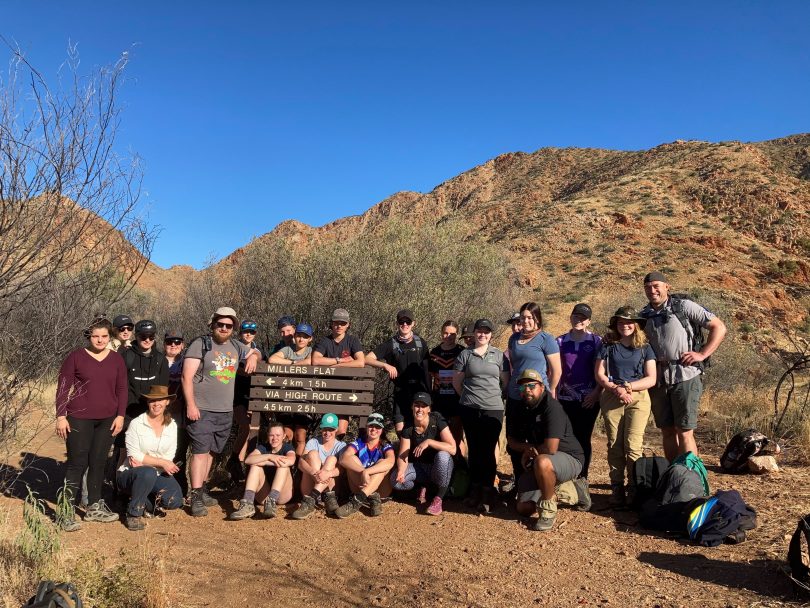 He also hopes the program will become an annual event for young people in the community, and they plan to work closely again with the Terry Campese Foundation and 100% Adventures, who were the group’s tour guides for the trek.

Not only did the group complete a five-day hike, they were also able to enjoy unique experiences in and around Alice Springs, including camel riding, eating kangaroo tail, swimming in water holes, and visiting a number of sacred Aboriginal sites.

Alongside physical training prior to the trek, participants undertook health and wellbeing workshops facilitated by headspace Goulburn, as well as leadership and cultural training.

Five fundraising barbecues at Goulburn Rotary Markets were well supported by the community in the lead-up to the event. 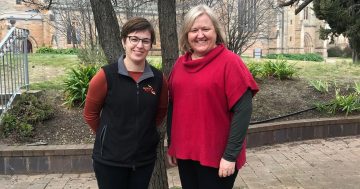 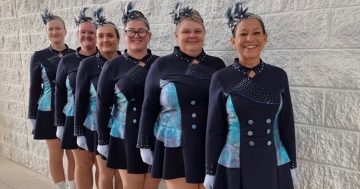