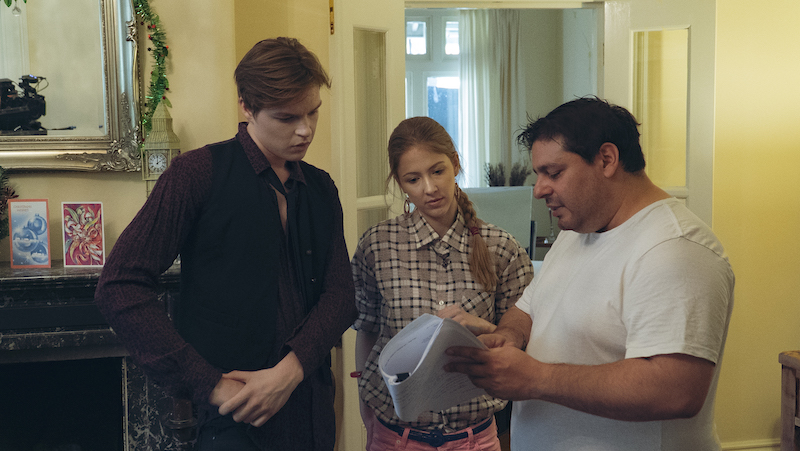 Men and women have been hanged in Goulburn. In the 1800s, at the crest of residential streets and near the Court House they were left for all to see.

Today the old town is serving as the backdrop for a new slasher horror movie, Alice.

Dan Sanguineti of Canberra and Goulburn-based colleague Michael Watson agreed to shoot their latest film there and when they clapped eyes on a Victorian mansion with a turret in Church Street overlooking St Saviour’s Cathedral, they knew they’d made the right decision.

All they needed was permission to use the house.

Sanguineti worried it was going to be an awkward conversation. “[I thought] how are we going to approach someone and say we need you to move out for a week or so, so we can shoot our horror movie?”

Both breathed a huge sigh of relief when the owner jumped at the idea. Once inside, the home restored their confidence.

“It looks super scary when we lit it for the horror film,” Sanguineti said. “It is just beautiful. The owner was super amazing to let us shoot there for a significant amount of time.”

The latest scenes were shot this week in the home which became a haunted mansion. Work on Alice will continue over the next six months with rising young Goulburn actor Emma Peden as Chloe in the lead role. A cast of actors who learned their craft in Canberra have supporting roles.

Alice tells the story of a teenage girl who works to uncover the truth behind her best friend’s death, only to find herself caught between a dangerous group of schoolboys from an elite school and a vengeful supernatural monster.

Sanguineti chose Peden, who has appeared in Goulburn’s Lieder Theatre productions, after watching her showreel. Peden made the reel at the Screenwise Acting School in Sydney, and the producer was convinced she was the perfect lead.

“She has already proven her incredible screen presence since filming began back in December,” according to Sanguineti. “She is kind, down to earth and a talented performer, and will stand out as a hidden gem of Canberra and Goulburn.”

A fresh take on the classic 1980s slasher movies, Alice explores friendship and family in a not-so-quiet country town.

“It is not the first time a modern film has taken the established 1980s slasher tropes and looked to reinvent them,” scriptwriter Russell Lee says.

Blood, teen house parties and running through the forest from greater threats will unfold against a backdrop of Goulburn’s Belmore Park, main street, Marsden Weir and residential areas. The scriptwriter has drawn inspiration from other more modern high school-set films and TV shows like Veronica Mars and Buffy the Vampire Slayer. 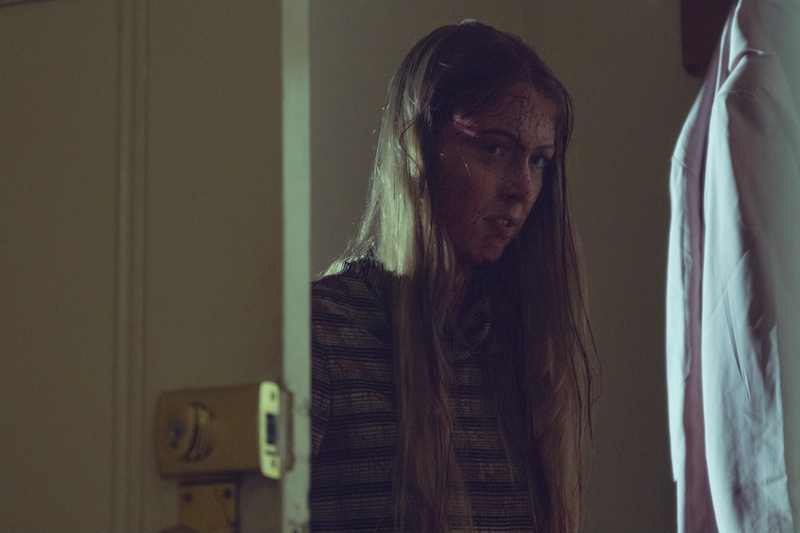 Goulburn actress Emma Peden plays Chloe who finds herself caught up in a killing spree in the feature film Alice. Photo: Shaun Steinebronn.

Sanguineti Media Pictures and Goulburn-based What’s On Media Australia, who previously partnered to produce a zombie comedy Me and My Mates vs the Zombie Apocalypse (2015), are making Alice. It will debut in regional cinemas on Friday the 13th of November, 2020.

Sanguineti, who received a co-director credit on his student feature A Touch of Courage in 2007, has been planning Alice with Watson for years. He says as an independent filmmaker, funding possibilities only open when you have signed documentation on delivery.

“Part of our strategy is to build interest, excitement, intrigue in the project so that when we have a finished product, there are streaming services who will accept it,” he said.

“Even though I have had a feature film which was released internationally in the United States and United Kingdom, it is not a shoo-in that every other product I make will get accepted. But I have strong hopes, it’s a great cast, great crew and visuals we have caught so far are really special, so I am very confident about the project, and we will make sure people see it.”

Alice will be on limited release from 13 November 2020.