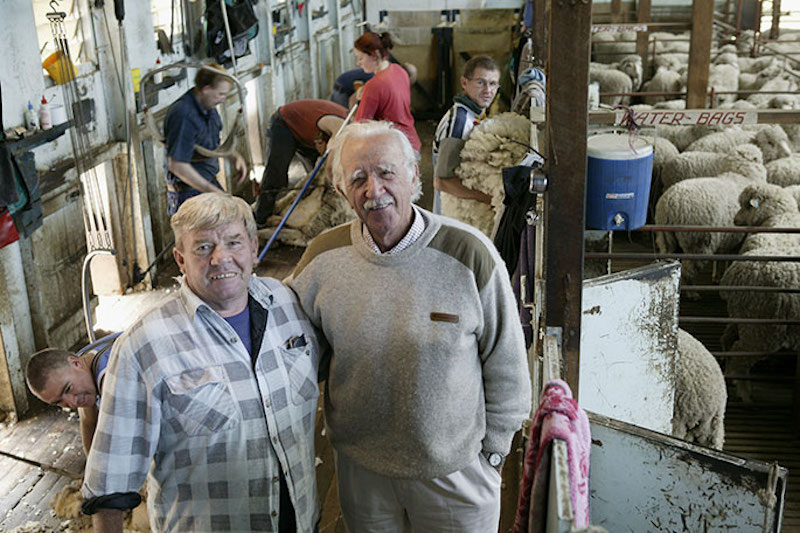 Goulburn grazier, innovator and philanthropist Jim Maple-Brown AM has been remembered by his family for his tenacious belief in ideas. When he backed new research to develop the sale of fine wool by sample and description by forming his own company in the 1960s, Economic Wool Producers, the wool buying establishment rejected him.

“Principally, he was courageous,” says his wife, Pamela, remembering her husband who died on 10 May at the age of 95. “He went against the whole wool industry’s selling system, and thought of a much better system, and got into trouble for it from everyone else, including half of his friends.

“But that never took the wheel out of him. He could understand people not wanting to change. [But] he could not understand, after explaining something to them, why they still didn’t understand. When he seized on a new idea, he could see clearly the next step ahead, and the next and the next.”

Ultimately, Jim’s new system was widely adopted and it changed wool marketing for good. These efforts combined with innovation in breeding on his stud, Fonthill, and the historic Springfield merino stud, where he succeeded his father, Irwin, following his death in 1964, made him an industry legend.

Pamela recalls an enormous dam Jim built for irrigation at Fonthill. “He invented a self-moving irrigation machine that could move across a field,” she says. “He came home wet every night.”

He had an idea to water ski on the dam. Each of his children – daughters Diana, Susan and Sarah, and son Richard – and Pamela had to learn to water ski, which they all did behind a red, wooden speedboat on the property near Lake Bathurst.

As their son, Richard, became more involved in the property, Jim wanted to get out of his hair rather than always looking over his shoulder. He travelled to Hungerford on the NSW/Queensland border and bought two large properties. He then polished his flying skills – which he had learned during WWII – bought a plane and flew from Goulburn to his property, which is now Currawinya National Park, one of Queensland’s biggest national parks.

“He could spot cattle from the air, which helped if they were mustering,” says Pamela. “He loved it. He built a home in Goulburn, cut it into three sections and had it hauled up to Hungerford because the homestead had been wiped out in floods. He employed some men – they had been bikies in the city – and taught them to muster and made stockmen of them.” 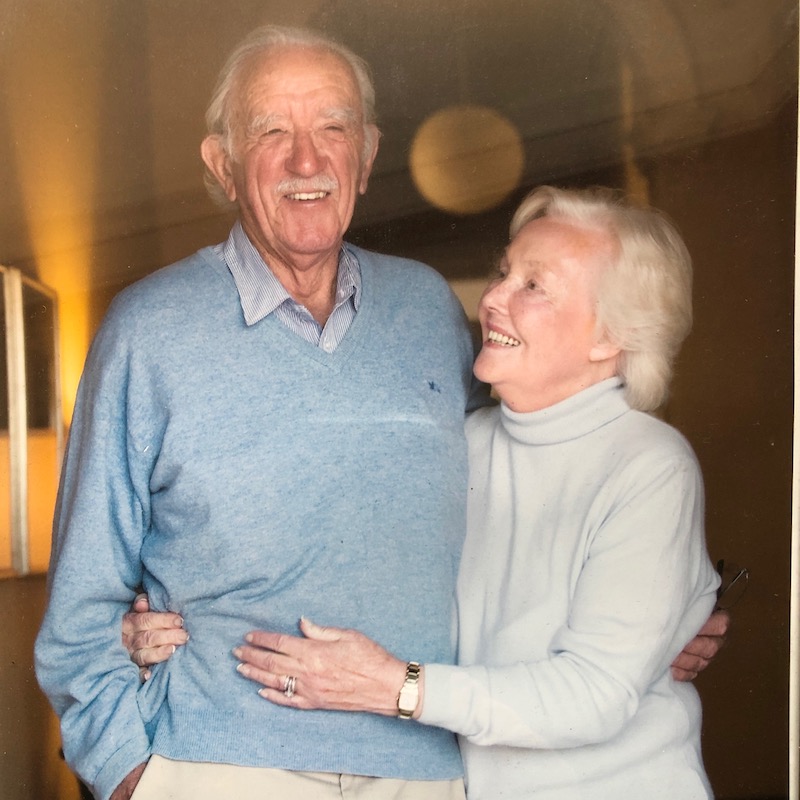 Springfield had two polo fields and a racetrack around both of them on which picnic races were run. Jim’s polo team won a NSW title riding alongside Richard, who was appointed captain of the side.

“But I reserve the right to tell you when you are wrong,” he said. His daughter, Sarah, and Tim Boyd of Young were also in the team.

A member of the Goulburn Show Society and a ring steward, the show always loomed large each year when his mother would bring lunch for all the show officials. Many of the family’s belongings acquired across generations, including garments spanning 200 years, formed the Springfield Collection and were donated to the National Museum of Australia in 2004. It is one of the largest and most wide ranging collections ever donated.

Around that same time, when Springfield was being prepared to be auctioned, The Sydney Morning Herald described the property, 20km south of Goulburn, as more a historic village than a traditional property. It had 18 cottages, two homesteads and a polo club on 3183 hectares of prime wool-producing country.

Retiring to Goulburn in 2007, Jim, who was awarded the Order of Australia, would hop on his scooter and beetle down to the golf course, or supermarket to do the shopping. His daughter, Diana, says he contributed in later life to Anglicare not for religious reasons but because he believed in the goodness of mankind. “He wanted to be known as an evolutionist, not a creationist,” she says. “He did not believe in religious mysteries. To him, it was important to be loyal to your ideas.”

JC - 27 minutes ago
Life doesn’t work like that. It’s quite clear that for the last year they have been in dispute with the builder over this... View
Nell Feneck - 1 hour ago
Another well done project by ACT Labor 🤦🏽‍♀️🤦🏽‍♀️🤦🏽‍♀️ View
nobody - 8 hours ago
So the pool has been out of action for a year, and they are just concluding the tender process for repairs now, then the repa... View
Community 20

Ben Fittler - 27 minutes ago
Germaine Muller I know! Devastated he was always so nice View
Bec Swift - 2 hours ago
RIP Mr Frugii View
Chelsea Adhami - 7 hours ago
Any word on when the funeral will be? View
News 13

Sandra Bowe - 1 hour ago
Karin Hill thanks for the link Karen, just called the hotline as buzzing still evident in ceiling, good to get advice .. View
Sport 5

Andrew Dale - 4 hours ago
Rory Bourke I'm both mate 🥸🥴 View
Lucas Anasdow - 6 hours ago
The Left are pushing to have the Event Renamed as the Term 'Black' is deemed to offensive and upsetting for segments of the C... View
Rory Bourke - 7 hours ago
These days they don’t call it old, they call it experienced. View
News 3

Lyn Christie - 4 hours ago
Ian E Wheeler maybe somewhere you can register if you don't see community nurse and are unable to get out to receive the shot... View
Tom Porter - 6 hours ago
Maybe the carer can arrange for the community nurse. It is not prohibitive. Then again the government could contract Aspen to... View
Ian E Wheeler - 7 hours ago
Needs to be a bit more organised than 'we might use community nurse.' Not everyone stuck at home sees a nurse. View
News 3

jwinston - 6 hours ago
Watch “The Planet of the Humans”, a documentary by Michael Moore, to see the lie of renewables and so-called green energy... View
Lifestyle 27

Maria O'Halloran - 7 hours ago
I have one that shows itself every now and again over the past 5 years. View
Food & Wine 9

Ol L - 10 hours ago
How can Mr Barr tax them if their not here? Seems logical that the public service can be based anywhere, COVID seems to have... View
show more show less
*Results are based on activity within last 7 days

Every year The Guardian runs a readers’ poll for bird of the year, which is effectively a vote for Australia’s...
News 17

Roasted garlic ice cream, pistachio and cherry essence, spearmint and salted caramel - these were the ice cream flavours that...
News 17

@The_RiotACT @The_RiotACT
Would you be able to tell if your child was having an epileptic fit? https://t.co/XsPnsYcdT1 (24 minutes ago)

@The_RiotACT @The_RiotACT
Yass Valley Council’s new director of infrastructure & assets is using the skills he honed in the military to address the town’s dirty, smelly water problem https://t.co/iDvUxKG7MR (3 hours ago)