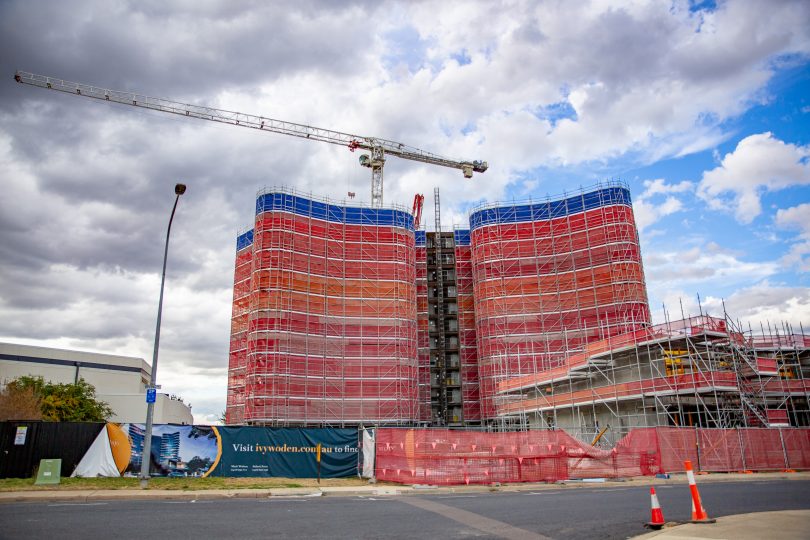 Master Builders believed a growing ACT needed to adopt the new rules as a matter of urgency. Photo: George Tsotsos.

The ACT Government appears to be backtracking on its surprise decision to delay the adoption of national building laws until September after a backlash from industry and consumer bodies.

The building industry had been blind-sided by Minister for Building Quality Improvement Gordon Ramsay’s decision to hold off on adopting the 2019 Building Code of Australia until 1 September, citing a need for more time to adjust to the new rules.

All states and territories were expected to sign up to the amendments on 1 May.

But the head of the Environment, Planning and Sustainable Development Directorate Ben Ponton now says the new 1 September implementation date is under review and there is a ‘high probability’ that it will be sooner.

Mr Ponton said the original advice from the Directorate to the Minister to push back the implementation date came after feedback in April from Housing Industry Association members, but not the executive, that they weren’t ready for new provisions on fire sprinklers, condensation management in apartments and energy efficiency, although the latter had an inbuilt-12 month transition period.

“Given the extent of the concern that we had received we advised the Minister that it would be prudent to delay implementation,” he said.

Mr Ponton said the delay was to allow an orderly transition period but with the benefit of hindsight the Directorate should have taken that feedback to broader industry participants, and more senior representatives of industry such as Master Builders ACT and the Australian Institute of Building Surveyors, which had been taken aback by the decision and believed a transition period was unnecessary.

He said the Minister had now asked the Directorate to take a more rigorous look at its advice to see if the implementation date could be sooner than 1 September.

“We’re providing that advice to Minister as a matter of urgency,” Mr Ponton said.

CEO of Master Builders Michael Hopkins said earlier that the industry had been geared up for the change and was now confused by the delay, which left ACT-based builders and contractors who also operate across the border in NSW grappling with different sets of regulations.

Calling the delay perplexing, Mr Hopkins said Master Builders was only given 24 hours notice of the delay and it was calling on the Government to notify all licence holders directly.

“They need to get this message directly to the builders and building surveyors and contractors that need to work with the code on the ground,” he said.

Mr Hopkins said industry and Government had been working on the changes for three years and he believed everyone had had enough time to get ready.

“Industry did not request this,” he said.

Mr Ramsay said Western Australia has also delayed adopting the Code but Mr Hopkins said this was not the case, saying that state had a 12-month transition period for any such changes.

Mr Hopkins said that with building quality being such a hot topic in the ACT amid unprecedented growth, Master Builders believed there was an urgent need to move to consistent national building laws.

“A practical complication is that so many of our members, both commercial and residential, work across the border,” he said. “It’s quite common for an ACT-based builder or contractor to also hold a licence in NSW. For them it will mean trying to navigate two sets of laws until September. So delaying the laws in ACT but not in NSW adds another degree of complexity if working across the border, like most do.”

Industry would continue to work with the Government over the next four months.

The Owners Corporation Network, which has been campaigning for years about building quality, also criticised the delay on an issue, with many believing the Government had dragged its feet.

.....let’s push the date back - but we might bring it forward.....we don’t know where to.....so those builders and developers trying to get a BA submitted before the changeover date and it gets pulled forward......sorry - all the design will need to be re-done to 2019 NCC at extra cost.

Stick with the new 01SEP date and let everyone prepare for it.