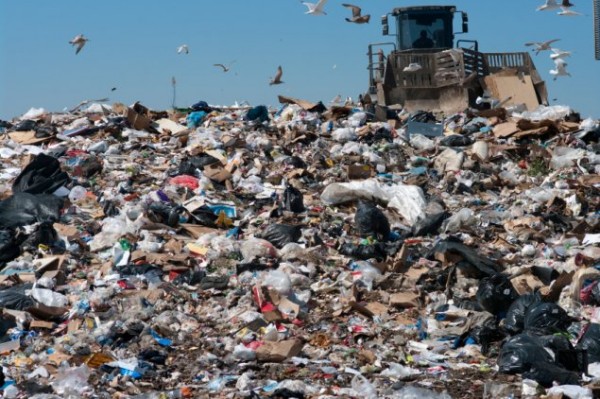 The Government wants to see 90 per cent of waste diverted from landfill. File photo.

A kerbside pick-up of food and organic garden waste may be coming our way but one recommendation from the long-awaited Waste Feasibility Study that the Greens would prefer to see mulched is keeping open the option of waste to energy.

The study, now out for comment, proposes diverting organics from landfill, greater recycling of materials such as furniture, timber and plasterboard, and public education programs on waste avoidance and to encourage more recycling overall.

It recommends the establishment of an organics processing facility and a five-year phase-in of a kerbside food and garden organics (FOGO) collection service, complementing the existing green bin program. This could save 40,000 tonnes of waste from going to landfill.

Minister for City Services Meegan Fitzharris says the strategy includes the aspirational targets of 90 per cent of waste being diverted from landfill by 2025 and a carbon-neutral waste sector by 2020.
“However, the Territory’s resource recovery rate has plateaued at around 70 per cent for the last decade, and the waste sector is unlikely to be carbon neutral by 2020 under current management practices,” she said.

China’s recent refusal to accept waste imports from Australia has also added urgency to the situation and a need for the Government to consider large-scale waste infrastructure.

But it’s the decision to keep a waste to energy option on the table that will create friction in the Labor-Greens Government and has the potential to become a burning issue in the community.

Already, community opposition has seen off a proposed waste burner in Fyshwick with Capital Recycling Solutions dumping that component of their proposal in favour of a waste transfer and recycling station.

The study says the Government should investigate a waste to energy policy and hasn’t ruled out incineration, although it focuses on looking at a ‘process engineered fuel (PEF) production plant for residual waste’, that could divert 70,000 tonnes of waste from landfill.

Such a plant would create dry fuel from waste that could be sold to energy generators and cement manufacturers outside the ACT as a replacement for fossil fuels, and, the study says, reduce local community concerns about the emissions associated with the large-scale burning of waste in the ACT.

However, the Greens say the Government should be clearer and explicitly rule out waste incineration.

“We do not want to see waste incineration in the ACT, and neither do ACT residents. We should not be burning our waste – as it’s more polluting and less effective than other, cleaner methods. The ACT Greens have ruled out supporting waste incineration and the ACT Government should have done the same in this new waste policy,” the Greens’ Climate change and Sustainability Minister Shane Rattenbury said.

“With the Federal Liberal Government now actively pushing for incineration as a waste and recycling ‘solution’, the ACT should be clear it will only pursue the cleanest and most sustainable technologies.”

While CRS has stepped back from its waste-burning ambitions, there are concerns from community groups that it will resurrect the plan down the track, particularly if the Government keeps the door ajar.

The study says the PEF option is consistent with the waste hierarchy principle, where efforts to reduce, reuse and recycle waste should always be exhausted before energy recovery and landfilling.

It recommends a siting study and marketing plan in preparation for a tender process.

The study’s 18 recommendations are detailed in a discussion paper available at www.yoursay.act.gov.au

I saw online the other day that someone in Indonesia has invented a fully bio degradable shopping bag made from plants rather than plastic. It would simplify recycling and could eliminate packaging waste.

Why dont we produce less waste for a start? Unnecessary and wasteful retail/commercial packaging should be the first to go.

I agree with you about the packaging. Excess packaging on a product should be banned. Some items come wrapped in layers of unnecessary wrapping. All wrapping should be biodegradable, unless there’s a very good argument why it can’t be.

However, "we" also includes us. People are still taking excess packaging, such as plastic bags.

Also, very disappointing to see that nearly every household creates enough rubbish to put their rubbish bin out every week. A bin should only go out once every several weeks, at most. As well as excess packaging (some we don’t have to take), I suspect it's because many waste food, don’t compost and don't recycle properly.

Burning is a short-sighted waste of resources and source of toxic pollution.

Margaret Harries - 27 minutes ago
What a fantastic house and property, I love it,wonder what’s the price their asking for it View
News 19

Anne Maree Crowe - 37 minutes ago
I feel for these people who have lost their water aerobics classes. Many elderly and people with mobility issues rely on swim... View
Margaret Edwards - 3 hours ago
That’s where I fell in love with aqua aerobics many years ago. View
Tracey Crump - 3 hours ago
Lizzie Parlane I think the pools will remain open (post lockdown) but the fitness programmes, including aquarobics will cease... View
News 18