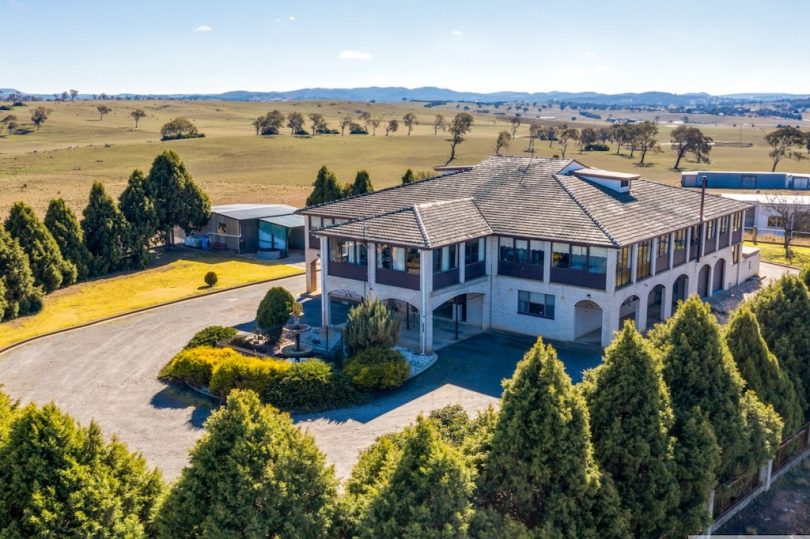 A six-bedroom home on Goulburn’s northeast edge is on the market for $3.15 million. Photo: Peter Mylonas Property Solutions.

Mary’s Mount, a unique two-storey home built by former Goulburn mayor Tony Lamarra and his wife, Adriana and with links to many of the State’s political leaders is on the market again after prolonged negotiations over plans to subdivide the surrounding 40 hectares.

The six-bedroom home with grand twin staircases, three bathrooms and a billiards room is unlike any other in the region, and sold last year as part of a $14 million, 300-lot residential subdivision site on Goulburn’s northeast edge.

The Marys Mount name dates back to 1890 to a home for an order of Passionists priests and novices on the opposite side of the street.

The subdivision represents a new era for the house, which was built in 1974. Mr Lamarra and his wife entertained political leaders, NSW Police Academy executives and friends from Italy, and also hosted celebrations and fundraising events when he was mayor of Goulburn from 1985 to 1991.

Listing agent Peter Mylonas says the home on a 9000-square-metre block, at 129 Marys Mount Road, has been subdivided from the main offering and is now listed for $3.15 million.

“It has spectacular views of the hills around the whole area and is close to town,” said Mr Mylonas. “It would make a brilliant wedding reception place, or a good monastery for any religious order wanting to get out of Sydney. It would make a good retreat centre for priests. It has plenty of rooms and a quiet area so there are plenty of options there.”

Four years of negotiations and planning for a new residential subdivision concluded in November last year when the sale was settled with Sydney developer Colin Curran.

The developer said Goulburn Mulwaree Council had approved stage one of the subdivision, which comprises 205 allotments. The council also requested revision of an ecology report – some of the land features rare Box-gum Woodland and was subject to a referral to the Australian Government’s Department of Environment and Energy. 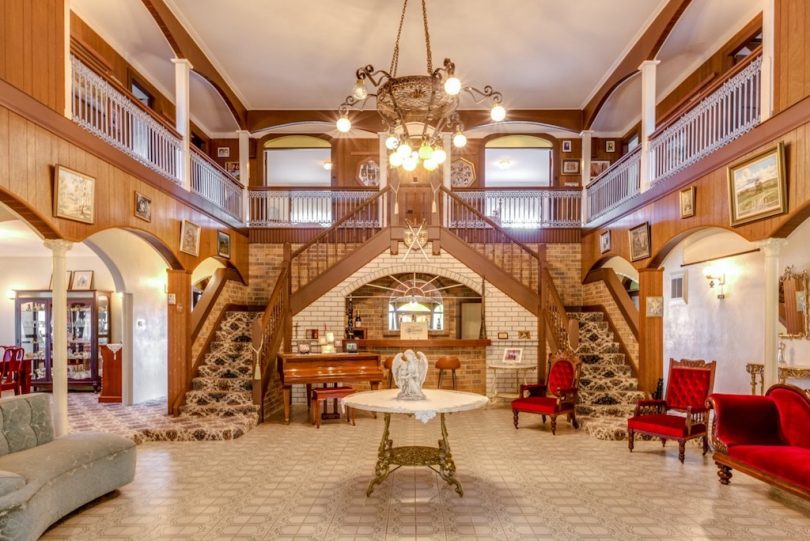 Mr Curran said 10 hectares of natural bushland near the driveway to the existing residence would be set aside permanently.

Much site work remains to be done before land would be offered, which could be in six to 12 months’ time. The second stage of the subdivision would comprise 108 allotments.

Mr Curran said the subdivision would present outstanding views, while retaining the undulating nature of the land. A preliminary planning report indicates on the northeast edge of the site, where the land is steeper, covenants will ensure houses are built with respect to the topography.

“We will meet the market; we will dribble out blocks if the market is taking them up,” said Mr Curran. “The COVID-19 virus is creating a lot of additional interest among people who want to get out of Sydney and the congestion. Agents in Goulburn have commented to me about this issue.”

He gave an example of someone in Sydney selling their home for $2 million, spending $700,000 on a new home at Marys Mount and then working from home. House-and-land packages would offer fibre-to-the-home National Broadband Network connections and thermal heating.

Michael Goiser nah not ready to downsize yet

Mel Baird the kids could have a room each and you’ve got a home office!! Perfect👌🏻