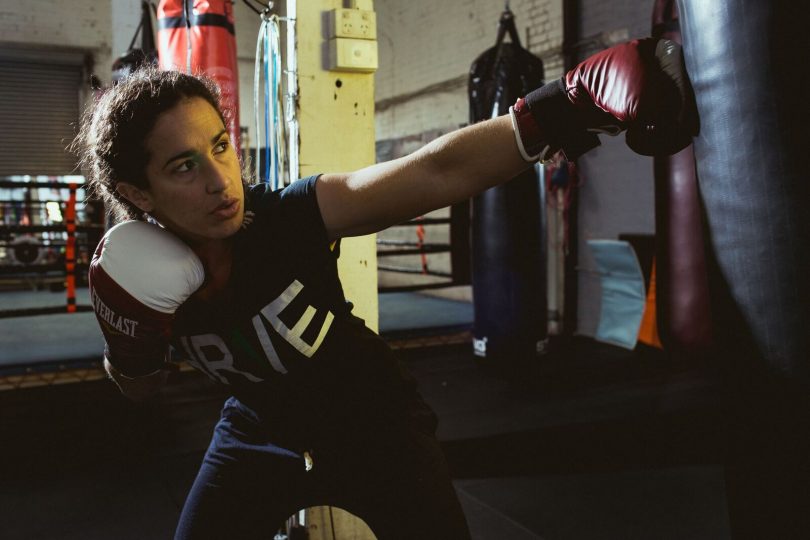 Young Muslim female boxer Bianca ‘Bam Bam’ Elamir will be the subject of a documentary by Zayaan Jappie. File photo.

A political drama, boxing documentary and a horror film are among six screen projects that have won a total of $84,000 in funding from the ACT Government and Screen Canberra.

Minister for the Arts and Cultural Events Gordon Ramsay announced the 2019 Screen Arts Funding recipients in the Legislative Assembly on Thursday (14 February), congratulating them on the quality of their proposals.

“I’m looking forward to seeing these projects hit our screens – be they computer, TV or movie-based productions,” Mr Ramsay said.

“These grants are all about developing screen artists – helping them move to new stages of their careers through production and mentorships.

“The grants support all narrative screen art forms and this year we’re backing script development for a TV series, production of two short films, a web series, a documentary and the development of a new game.”

He said the number of applicants had increased significantly this year, reflecting Screen Canberra’s important role and growing interest in the ACT’s screen sector.

Screen Canberra CEO Monica Penders said the organisation was pleased to see such a diverse range of practitioners given the opportunity to develop their artistic practices in the screen sector.

“Supporting the creativity part of the show business equation is fundamental to the growth and sustainability of the local industry,” she said.

The ACT Screen Arts Fund is part of the ACT Arts Fund – Arts Activities Funding program, and is administered by Screen Canberra on behalf of artsACT and the ACT Government.