Working together, enriching lives
8 May 2019

4 May 2019 | Lachlan Roberts
Start the conversation 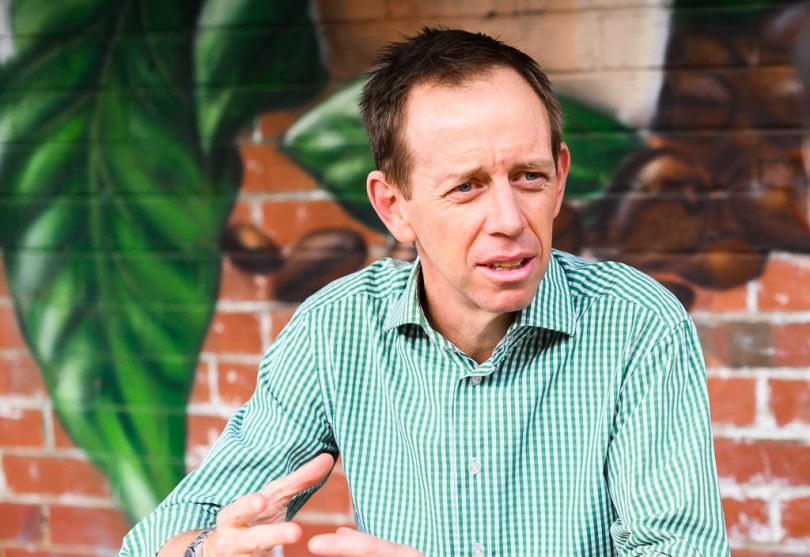 Greens leader Shane Rattenbury believes a pill testing site in the heart of the city could provide a service for late night revellers on the weekends.

Mr Rattenbury suggested pill testing could run regularly alongside the CBR NightCrew after ACT Health Minister Meegan Fitzharris said the ACT Government will consider directly funding pill testing at future events when the results of an independent evaluation are released.

The ACT Government is looking at models to operate the service in the future after Pill Testing Australia confirmed Sunday’s Groovin the Moo was the last free trial it would run in Canberra.

Mr Rattenbury said the Government needed to come up with a sustainable model for the service to continue and believed there should be a place for pill testing in Canberra on an ongoing basis.

“I can see a model where we’ve got the CBR NightCrew who operate in Civic, having the pill testing operate alongside that for example on a Friday and Saturday night on a regular basis would really extend that harm minimisation model,” Mr Rattenbury said.

“It is not just at festivals people are using these party drugs and we need to provide other options for harm minimisation to be spread out more widely.

“We need to start thinking about how we make this sustainable on a long term basis. Based on overseas experiences and the experiences we have had here, we know this is a successful model. We just need to turn it into a long term plan now.”

Mr Rattenbury said pill testing could be funded in the same way as the night crew service, with a grant from the government for infrastructure and volunteers running the service.

“If you think about how the NightCrew operates in the city, Government provides funding to enable infrastructure to be set up and then volunteers operate it,” he said.

“I think there are a number of possible models here and that is why we need to get a move on with the work now so we can have a think about what is the best way to do it and build it into budget cycles.

“We cannot expect Pill Testing Australia to continue to do it simply out of the goodness of their hearts, there are costs involved in this.

“Between Government, festival organisers and potentially philanthropic source we need to make a model that actually enables us to continue.”

Organised by St John’s Ambulance volunteers, the CBR NightCrew has been running since late 2016, operating near Platform 8 of the City Bus Station on Friday and Saturday nights to help partygoers get home safely after a night out.

Volunteers provide advice and assistance for safe transport options, basic first aid, water for hydration, and mobile phone charging so that revellers can contact friends or arrange a lift home between 10 pm and 4 am on Friday and Saturday nights.

The service recently received a $1.2 million funding from the ACT Government, securing its long term future. 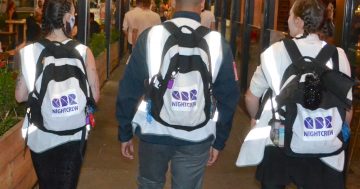