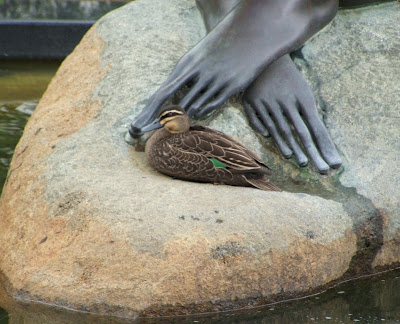 “Facet” has sent in this pair of photos with a challenge to guess the famous Canberra statue which appears to double as a favoured nesting place for city ducks.

All is revealed after the fold

Got an image of Canberra you want to share with the world? Email it to images@the-riotact.com 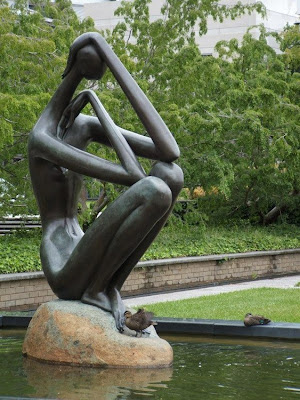 Why yes, it’s “Dreaming” by Milan Vojsk which can be found in the courtyard bordered by the Reserve Bank, Supreme Court, and City Watch House.

5 Responses to Guess the statue?
Filter
Showing only Website comments

I love the design. I just thought the feet belonged to a sea lion.

Well how about that, I didn’t know the RBA had offices in Canberra (i suppose i should have expected it though).

I thought the feet belonged to a frog at first.

Dunno, but that duck appears to have a bowel problem ……. lol