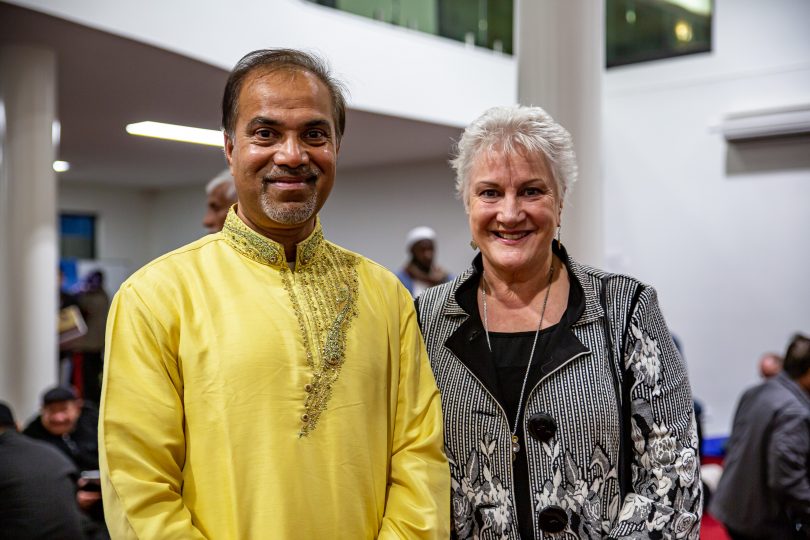 If you’ve never been to an Iftar feast to celebrate the end of fasting during the Muslim holy month of Ramadan, then the Gungahlin mosque would be a very good place to start. With more than 1000 people of every imaginable background on the premises on Sunday night, it was good-natured chaos, and an excellent illustration of our multi-cultural city’s character.

The guests for the month’s final feast included everyone from Region Media to Liberal leader Alistair Coe, ambassadors, the local police and dozens of neighbours (including the mosque president’s weekly tennis partner). 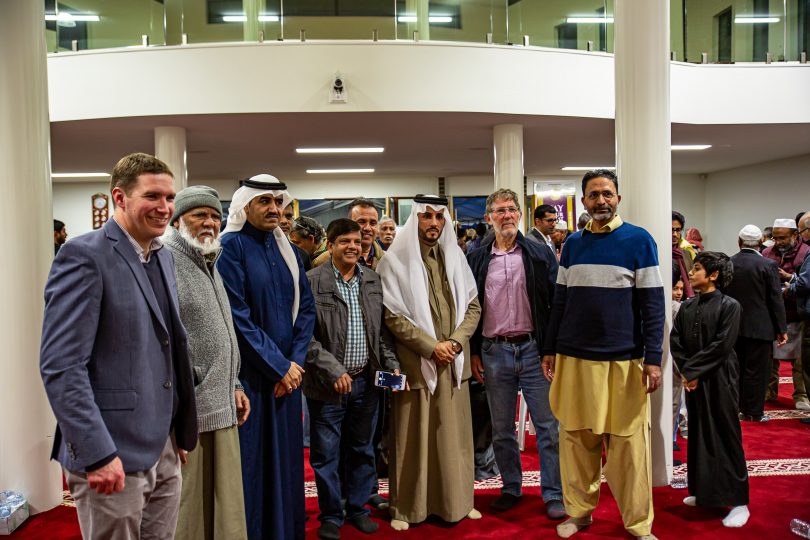 Among them was the New Zealand High Commissioner, Dame Annette King, who has had particular reason to connect with the local Islamic community following the Christchurch massacre.

“Of course Christchurch changed everything for a lot of people,” she said. “I have regularly attended Iftars in New Zealand, but after Christchurch, we all needed to understand each other, to open the doors, to get rid of the myths about each other’s faiths.

“It’s about showing that we are one, that we are us, as our Prime Minister would say. And the generosity and friendship of this community are huge.” The High Commissioner said that both Australia and New Zealand were among the most successful multicultural nations in the world. “When you get to the bottom line it doesn’t matter what a person’s faith is,” she added. Mosque president Mainul Haque said the Gungahlin mosque community’s specific aim with their Iftar dinners was to increase cross-cultural understanding and harmony between and among the faiths. Throughout Ramadan, crowds at the Iftars have averaged between 600 and 700.

“Without knowing each other we can never become friends,” he said on Sunday night. “At the end of the day, we are all Australians. Our skin colours might be different, but under the skin, our blood is all the same. 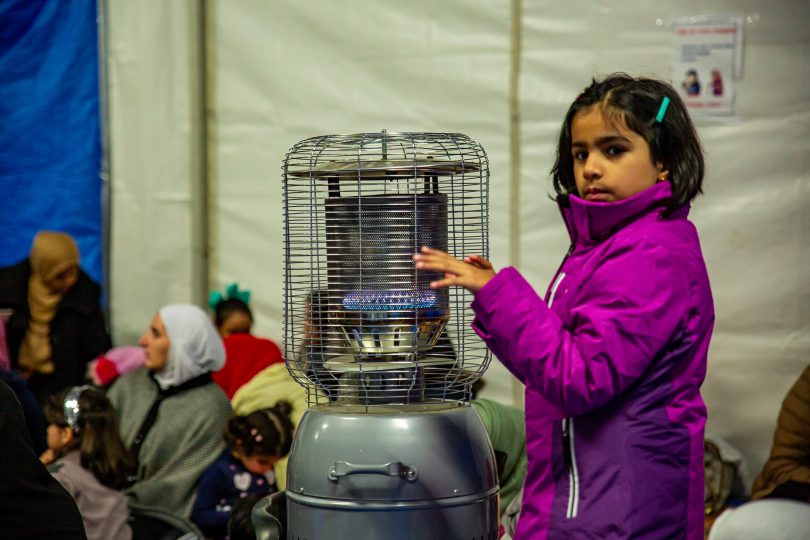 Families are a central focus at the mosque community.

“When you go to cricket or soccer, our kids all play together. All of us love barbecues, we are all human beings. So we are saying come to our mosques, get to know us. There is no monkey business here, we are a place of faith and worship and community.”

Muslims from more than 40 different ethnic backgrounds workship at the mosque. It was opened in 2017 after 20 years of fundraising by the local community, which paid for the construction entirely after the ACT government donated the land. There are also mosques in Yarralumla and Monash.

The Iftar feasts are a regular feature of the holy month of Ramadan and may occur in mosques or in people’s private homes. As the sun sets, the fast is broken with water and a date, prayers are held and a community feast, including guests, follows (although such were the crowds at Gungahlin that the food ran out). 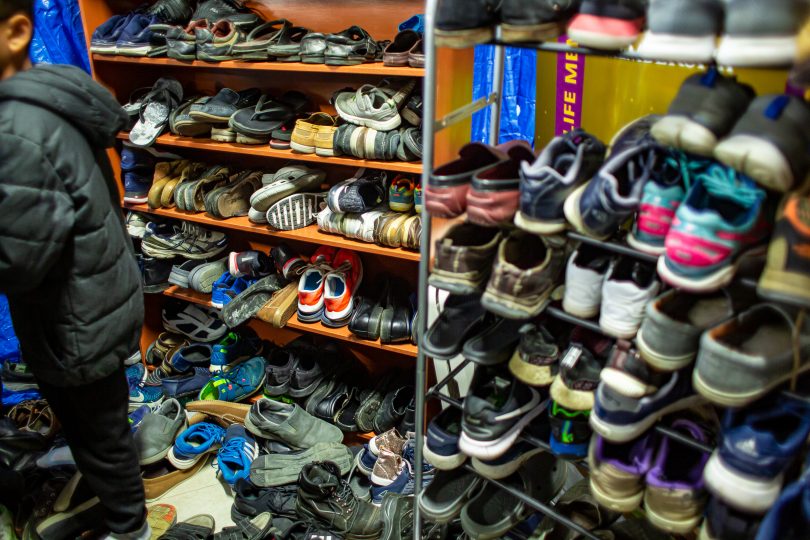 Shoes from the large crowds visiting the Gungahlin. mosque to break their fast.

Mainul said the invitation to the New Zealand High Commissioner had been extended because the Christchurch tragedy had happened in a place of worship, “sparked by abhorrent and criminal people”.

“We condemn any criminal and violent act and terrorism, and here in Gungahlin, we wanted to thank the New Zealand people for their generosity and kindness in responding to that.”

Daniel Pickering - 19 minutes ago
Legend. Taught me at Melba high back in the day. A great mentor! View
Ramon Montero - 2 hours ago
I do remember him when started arbitrate football, indeed very polite and educated a young person. I had the privilege to mee... View
Kacey Butterworth - 14 hours ago
I feel extremely privileged to have had Ben as a mentor, teacher and year co-ordinator throughout my high school years. He ta... View
Community 41

Ol L - 3 hours ago
If it’s not a museum then why have so many artefacts on display? Surely a very somber and minimal display of artefacts woul... View
Kerry Apted - 13 hours ago
Tiger Fit it's irrelevant what you see it as unfortunately. They're not "trying to turn it into a museum", it's already a mus... View
Tiger Fit - 13 hours ago
Kerry Apted that's not how I see it View
Opinion 1

It's higher off the ground than any of its rivals. It has an all-wheel-drive system and driving modes for deep...
News 28

COVID-19 doesn’t discriminate and neither should we: why foreign students and visa holders deserve support

Gungahlin’s marathon cinema saga set to have a happy ending