Canberra musical stalwart Konrad Lenz has posted this latest piece of magic to YouTube with this note:

Live performance at the Front Gallery and Cafe, October 29, 2011

This is taken from the Spirits of the Dead’s gig in celebration of Dia De Los Muertos (the Day of the Dead). We played two sets as a band and the audience wanted more so I came back onstage and played three songs solo including this one. 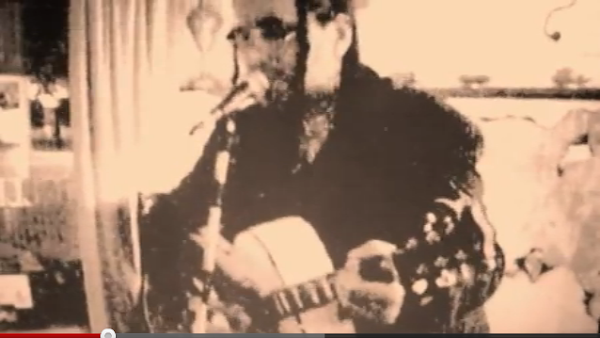 Colin Vivian - 3 hours ago
Neenie Baines it still feels like we’re losing multiple times more trees than are bring planted 😢 View
Jesse Mahoney - 3 hours ago
Valerie Foster I agree open spaces are in the design, so if you don't build up you fill those in... Think about it for a seco... View
Neenie Baines - 4 hours ago
Colin Vivian well that’s really sad. But at least the ACT government is proactive in planting trees. View
Property 4

Capital Retro - 3 hours ago
Are wood chips "non-carbon"? They use them instead of coal in the UK and call them renewables. We have all that bushfire fuel... View
tfx1 - 9 hours ago
The only workable reliable noncarbon electricity supply. View
News 146

Brianna - 8 hours ago
Yep, disqualified for 19 years. I'm sure he won't driven agai.... View
tfx1 - 9 hours ago
How was he allowed to be released so many times after committing violent crimes before he was eventually held in custody? View
What's On 2